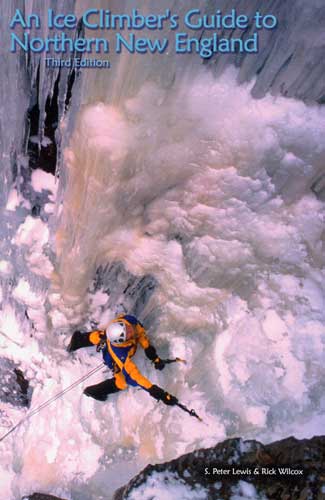 Every climber appreciates a good guidebook, but for $1,000?

The third edition of Peter Lewis and Rick Wilcox’s An Ice Climber’s Guide to Northern New England, published in 2003, is currently selling online for an astronomical price. Amazon has five used copies starting from $600, and three new ranging from $999.50 to $1,816.54.

One satisfied Amazon customer wrote, “Bought mine for a steal at $850.”

Another Amazon customer commented: “It would be hard to imagine discovering these routes without having them so easily accessible in a single book.”

The old ice climbing guidebook is almost worth its weight in gold. But it doesn’t appear that anyone is getting rich. Wilcox, the author of the guidebook, laughed at the $600 price tag:

“Well, people would be stupid to pay that because I’m still selling it for $29.95 in the store,” said Wilcox in a phone conversation with Rock and Ice.

“I think the reason is that I used to sell the book wholesale to businesses, but I didn’t this year since I was down to about a 100 copies,” he said. “People might have panicked, thinking it was out of print. But I’m still selling a lot of them in the store all day long.”

That’s good news for New England ice climbers looking to get their hands on a copy, but unfortunate for all the dirtbag climbers out there trying to hawk their old copy to fund their next trip.

There is also a forth edition of the guidebook in the works, although not written by Wilcox. Kevin Mahoney is currently adding new mixed lines to the already thick compilation of route information in the next edition.

Says Wilcox: “My climbing career was over 30 year ago. I’m not as active anymore. Since then, people started doing M routes and there’s a lot more interest in that. So I’m letting the guys take the info from the old book to use for a new updated addition.”

Asked when the new edition will be out, Wilcox replied, “Kevin’s doing much more climbing than writing right now, so it probably won’t be out by next fall. I’ll probably order another printing of the last edition to get us through next year.”