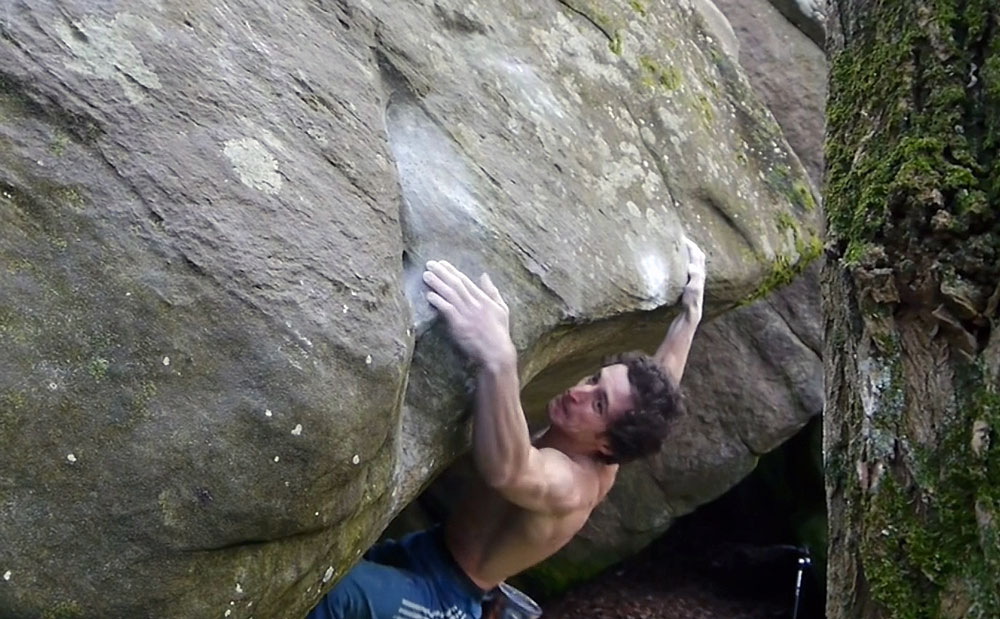 blog.
“Then, the mantle is for me the hardest and low percentage part of the boulder.”

Glairon-Mondet discovered the line with Nico Januel three years ago. “We started brushing, cleaning, and trying the moves…” he writes, “and quickly
realized that this line was possible.”

“It took me around 25 sessions over three years,” he said in an interview with 8a.nu, “12 [sessions] between
October and January.” The difficulty of the boulder problem limited him to three attempts per session. Finally, cold and windy weather in Fontainebleau
today gave Glairon-Mondet the conditions to pull through on his third attempt of the day.

Glairon-Mondet struggled to name a grade at first, but chose V16 based off the ratings of other classics in the area and benchmarks around the world. He
writes, “…this problem seems to be a new level of difficulty in the forest, a lot harder than the other things I have already done.”

He has ticked-off most of the Font’s hardest test-pieces, including the five 8C/V15’s The Big Island, Trip Hop, Jour de Chasse, Toupie Carnivore assis, and
Le Marathon de Boissy.

But Glairon-Mondet also acknowledges the controversy of rating such difficult problems. In his blog he states, “I will never say that I have climbed the hardest boulder in the world… many things make it complicated.” He ends his post in hopes
that “the bouldering ‘world’ stars will come soon to try it.”