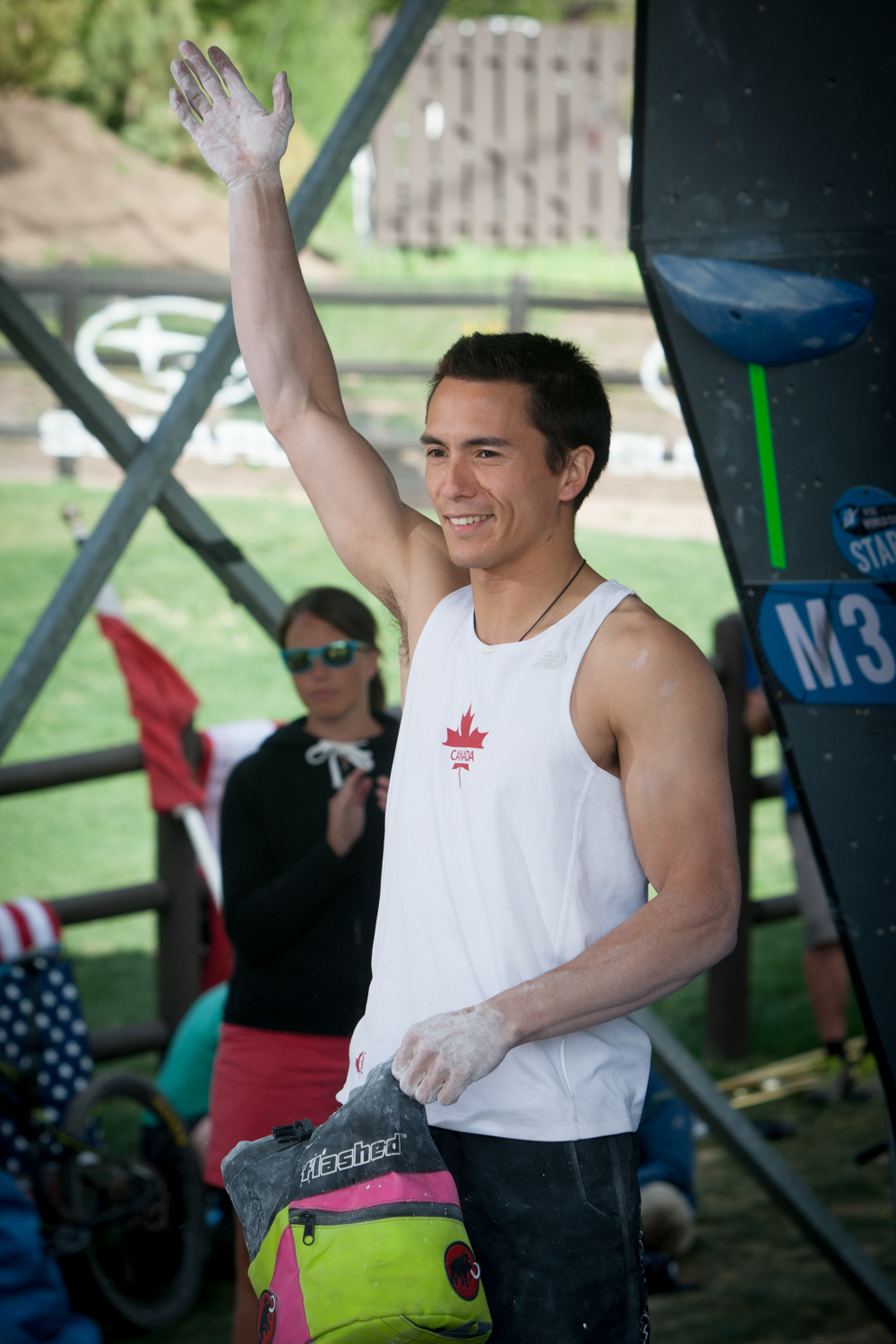 Brian Solano. The 2014 IFSC Bouldering World Cup continued this weekend in Haiyang, China. This event shared the spotlight with the resumption of the Speed Climbing World Cup and the beginning of the Lead season.

However, these winners were competing against a much smaller field than in Toronto and Vail. Many American climbers chose not to travel to China, especially those not in the running for the overall title.

“Most Americans don’t compete in World Cups overseas because it’s just too expensive, and we can’t afford to fly back and forth everywhere,” Michael O’Rourke, USA team member who chose not to travel, told Rock and Ice. “Staying in Europe for a season would bleed most of us dry before the season ended. And it’s hard to get funding from corporate sponsors because it’s so much.”

The Lead competition was won by Austria’s Jakob Schubert and Korea’s Jain Kim. Gautier Supper of France took third after McColl in the men’s division. For the women, Magdalena Rock of Austria placed second after Kim and Anak Verhoeven of Belgium took third.

The next and final stop of the 2014 Bouldering World Cup circuit will take place June 26 – 28 in Laval, France.

For the full results of the Haiyang Bouldering, Lead and Speed World Cups visit the IFSC website.