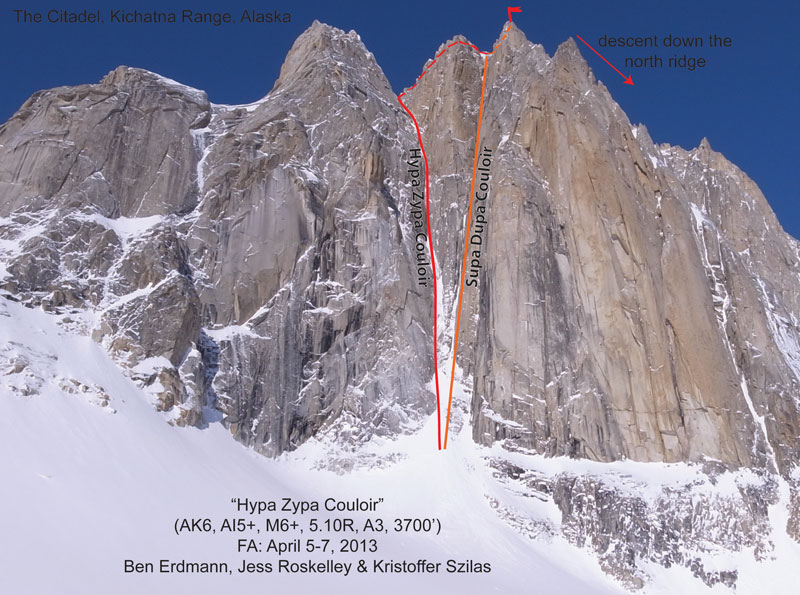 From April 5 through April 7 Jess Roskelley and Ben Erdmann of the U.S. and Kristoffer Szilas of Denmark made a first ascent of the 3,700-foot Hypa Zypa Couloir (AI5+, M6+, 5.10R, A3) on the Citadel in Alaska’s Kichatna Range.

“Initial snow and ice pitches in the couloir led up to a very steep corner with difficulties of AI5+ and M6+,” Szilas wrote on his blog, kristofferszilas.com. “Jess was the ropegun on these pitches. At sunset we chopped a ledge on a 60 degree ice slope and suffered through a sitting bivy in the cold Alaskan night.”

Then the team reached the col at the top of the couloir, after which Erdmann led rock pitches to A3 and 5.10R.

“We reached the summit ridge that evening, but bivied only a stone’s throw from the actual summit on the east side of the ridge,” Szilas wrote. “We once again settled in for a sitting bivy on a chopped ice ledge. After a very uncomfortable night we rappelled down a gap on the west face, which took us to an easy snow ramp that led directly to the summit.”

The team then faced a difficult rappel with extensive hard downclimbing. They had to leave their last two pickets as rappel anchors.

“In the last rays of the sun we did one final rappel off a specter-hook, which was hammered less than 3cm into an icy crack, but even scarier it was flexing under bodyweight,” Szilas wrote. “However, it got us over the bergschrund with one meter of rope to spare and we reached the safety of the flat glacier terrain. We stumbled back into our base camp 70 hours after having left it.” 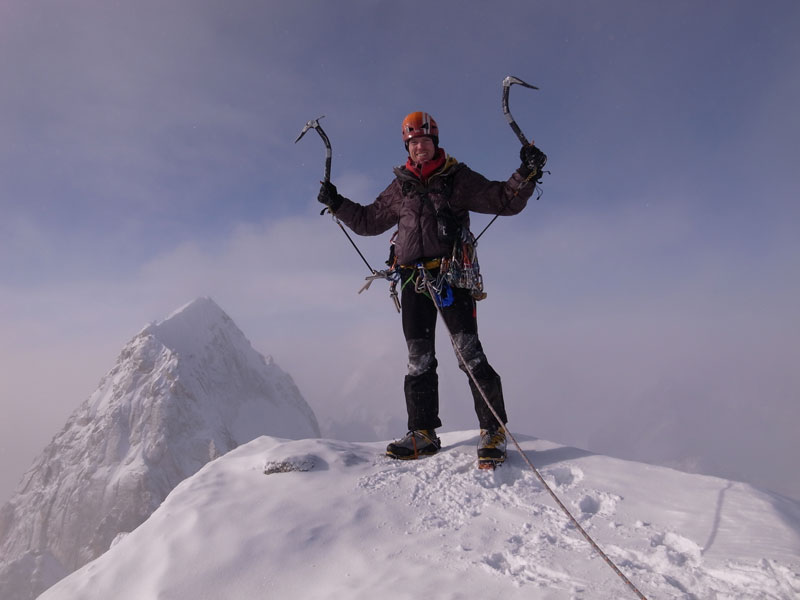 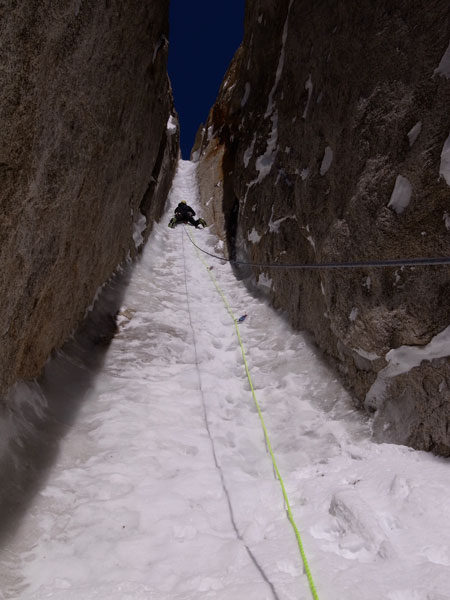 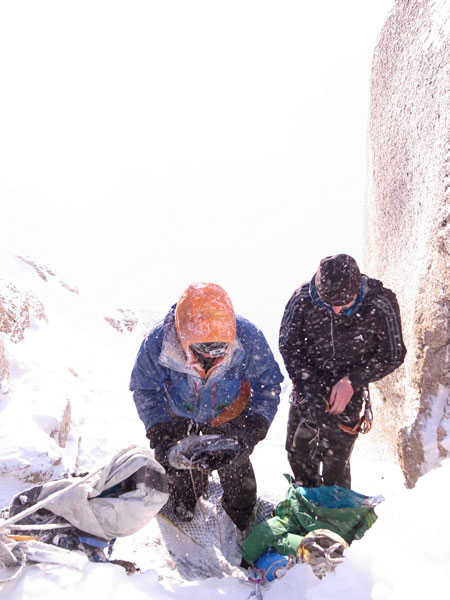