Matty Hong and Jon Cardwell have added another testpiece to Rifle, Colorado with Stocking Stuffer (9a/5.14d)
at the Bauhaus Wall. The new route links the cruxes of Tomfoolery (5.14b)—a ’96-era Tommy Caldwell route—and Stockboy’s Revenge (5.14b), while skipping the rests on both climbs.

“The line isn’t a pure original route,” Cardwell tells Rock and Ice, “however, it follows a logical feature and creates one of the most
resistant and classic routes in Rifle.”

Stocking Stuffer begins on Tomfoolery, climbs through its first crux—“arguably the most difficult section of Tomfoolery,”
Cardwell says—and past a section of “pumpy” 5.13 before the line crosses into Stockboy’s Revenge.

Connecting the routes, “there’s about 10 feet of new climbing” and one additional bolt, Cardwell says. “It’s probably a V9 boulder problem by itself, that
leads directly into the crux of Stockboy’s Revenge. In total, the full crux is probably a long V11 boulder problem now.” 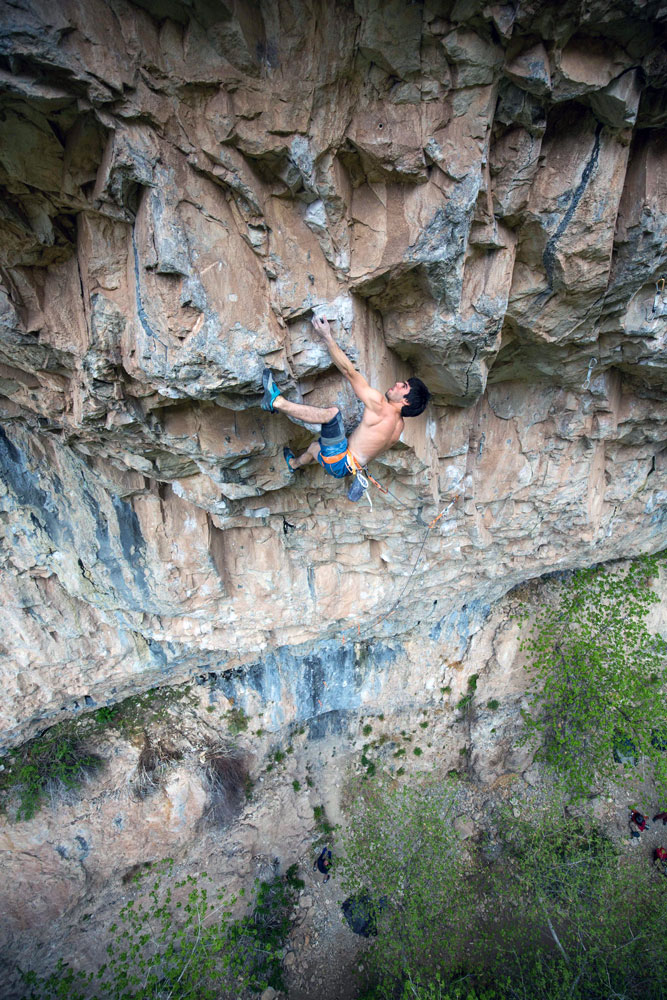 After returning from Spain a few
weeks ago, Cardwell added the bolt to connect the two routes, and put in a few days of work to suss out the moves. On Friday, May 5, Hong made
the first ascent of the line, and two days later, Cardwell repeated the route.

The linkup is a “pure power-endurance challenge, similar to Waka Flocka Flame (5.14c)”—a linkup of Waka Flocka (5.14a/b) into
Living the Dream (5.14a/b) at the Project Wall in Rifle—“but significantly more bouldery,” Cardwell says. “We both think a good
grade proposal can be 9a (5.14d), which I suppose makes it one of the hardest climbs in the canyon!”

That places Socking Stuffer among the ranks of Planet Garbage (5.14d), Shadow Boxing (5.14d), Bad Girls Club (5.14d) and Fat Camp (5.14d) as Rifle’s highest caliber routes. Check out the videos below for a sample of the new linkup.