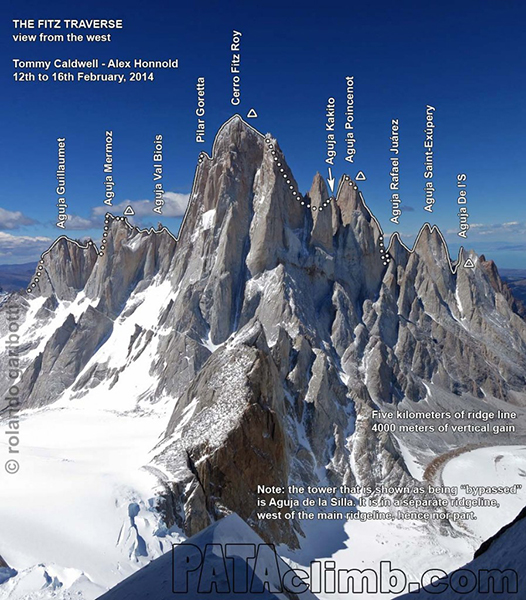 Tommy Caldwell and Alex Honnold have teamed up in southern Patagonia to make the first ascent of the Fitz Traverse, climbing seven peaks in a five day push along the Cerro Fitz Roy ridge-line. Rolando Garibotti reports via Supertopo.com that this “much discussed” enchainment is the “mother of all traverses.”

The Fitz Traverse involved roughly three miles of climbing with over 13,000 feet of vertical gain. The enchainment included free-climbing up to 5.11d with some aid (C1) and 65-degree slopes according to Garibotti. Honnold and Caldwell simul-climbed much of the terrain, and Garibotti reports that they dispatched the 20-pitch Pilar Goretta “in a mere three pitches.”

Garibotti reports that the team wore rock shoes for the Pilar Goretta, but they climbed the rest of the traverse in their approach shoes.

Garibotti also explains that the team was successful despite bad conditions, “with much ice and snow in the cracks and on the ridges courtesy of one of the wettest summer seasons in many years. “ 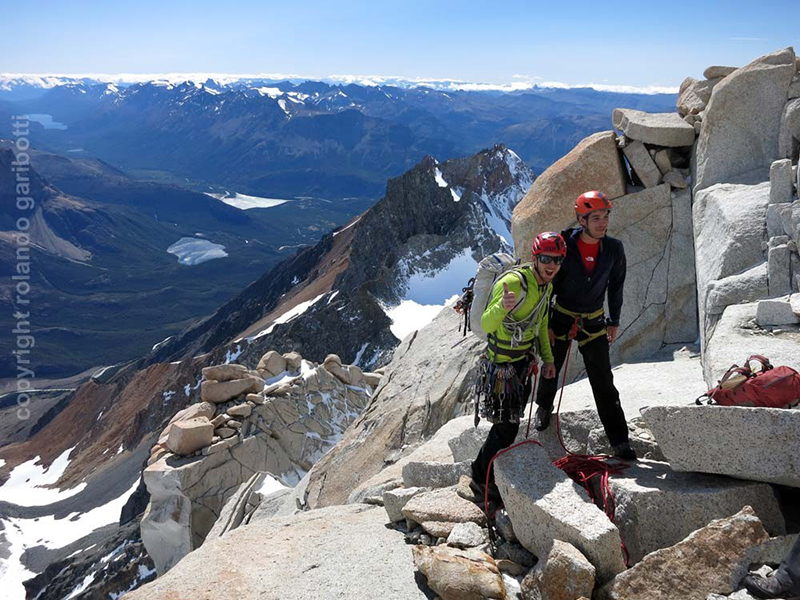 Caldwell has spent several seasons in Patagonia, racking up stand-out ascents such as his first free and onsight ascent of Linea de Eleganza on Cerro Fitz Roy as noted by Garibotti.

This was Honnold’s first climb in Patagonia.