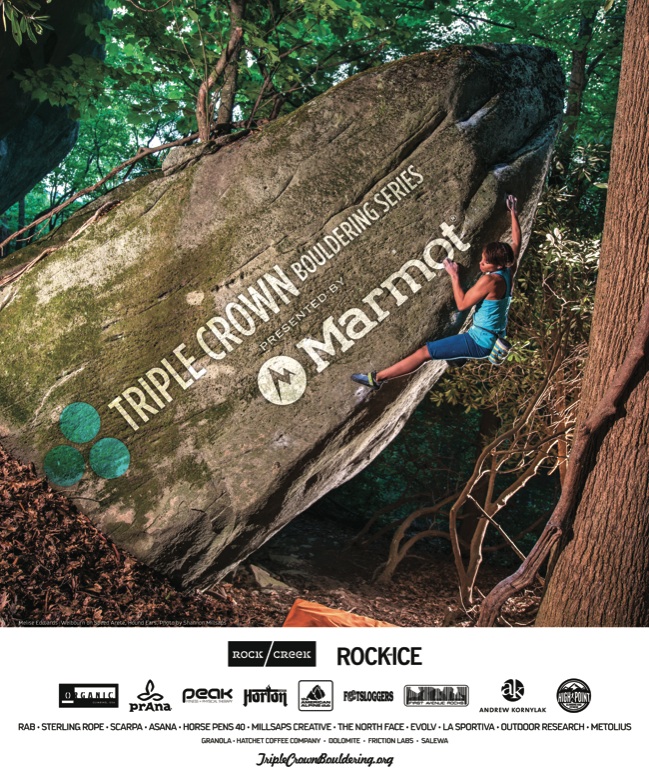 Hound Ears, of the Triple Crown bouldering series in Boone, North Carolina, has been postponed again.

The competition was originally scheduled for October 3, and due to historic levels of rain, was moved to November 7, this weekend.

Once again, the weather is uncooperative in Boone and the competition will be pushed back to a new date (TBD) in the spring.

“Due to a worsening forecast, we’re making the decision to officially postpone the Hound Ears Competition for this weekend,” Triple Crown co-organizer Chad Wykle wrote in an e-mail to event sponsors. “A new forecast for an extended and heavier period of rain on Saturday coupled with lingering clouds late Saturday night will prevent climbable conditions for either Saturday or Sunday. We’ve spoke to local weather gurus at Ray’s Weather and they have confirmed this postponement as the right decision.

“We wish we controlled the weather! This has been one of the wettest fall seasons in the southeast for many years, and it’s the first time in 20 years that we’ve had to reschedule a comp weekend twice.

“Thank you for bearing with us and thanks as always for supporting the Triple Crown.”

Hound ears will be rescheduled for sometime in March or April 2016. Stay tuned.

Horse Pens-40, the third leg of the Triple Crown Bouldering Series, is still on for Saturday November 21.