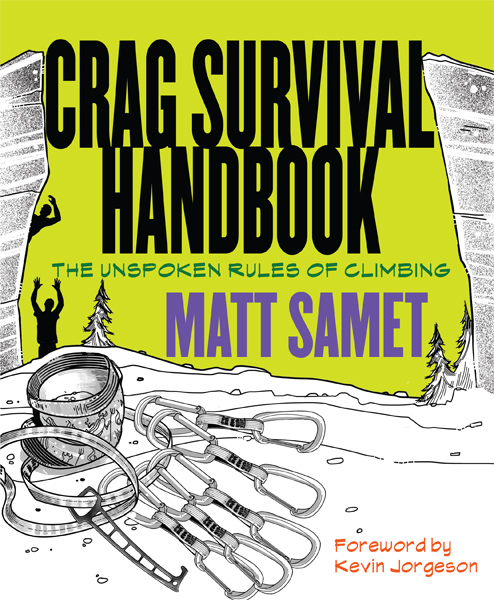 About two years ago Paul Gagner convened various climbers for a discussion at the American Alpine Club about issues facing our sport. As soon as he opened the floor, a gym owner stood to say that one of the biggest problems he saw and felt responsible for was that many new climbers walked in his doors and received basic instruction, then eventually headed outside to climb without real knowledge of safety or stewardship.

Matt Samet, a climber-writer attending the meeting, was illuminated. He had heard climbers complain that gym owners were cranking out new climbers, earning quick money without teaching people the right way.

“But that’s really only a one-dimensional view,” he says. “I realized this for the first time when I heard a gym owner say he felt just as powerless to address the situation as anyone. At the gym, you can only monitor what goes on there, and what people do afterward with whatever knowledge you give them is out of your control.”

The sport of climbing has skyrocketed in popularity, with many people learning in gyms rather than from mentors and guides. The lack of mentorship is concerning to climbers in general regarding safety, access issues and even enjoyment of shared climbing areas.

Mulling the issue over, Samet decided to write a book targeted to the emergent population. The resultant photo-illustrated Crag Survival Handbook addresses such questions as: What’s the best way to thread an anchor? Should I bring my dog or my kids to the crag? What if I need to use the bathroom? How do I climb smart, and not just strong? Who puts the bolts in there? What gets crags closed to climbers? How do I keep from dying on a sport route?

Consider it a guide to being a safe climber-citizen. 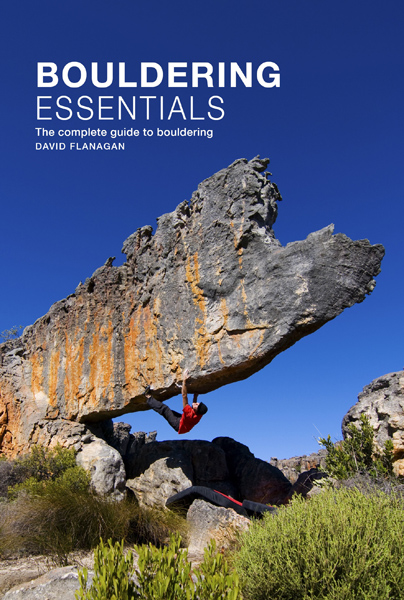 • Bouldering Essentials by David Flanagan of Dublin is also aimed at a new or indoor climber, though the book contains information for an experienced person as well. The subject is bouldering, once the purview of a few mavericks, now one of the most popular genres in the sport. A how-to tome, it includes such chapters as: The Basics, Staying Safe, Movement, Dynamics, Strategy and Training. Subdivisions within chapters address such topics as conditions and friction, spotting, explanations of such arcane terminology as “dabbing,” and sections on training and maintaining body tension.

The book is beautifully illustrated with photos from Bishop, Hueco Tanks, Font, Castle Hill and Rocklands.

The author, David Flanagan, preceded this book with one called Bouldering in Ireland. The next will be a guidebook to the best rock climbing in Ireland. Is your passport current?

• Reinhold Messner once called Steve House “the best high-altitude climber in the world today.” So when House, veteran of the famed alpine ascent of the Central Pillar of the Rupal Face on Nanga Parbat, Pakistan, among many other climbs, offers a plan to “coach yourself to any mountaineering goal,” you might pay attention. 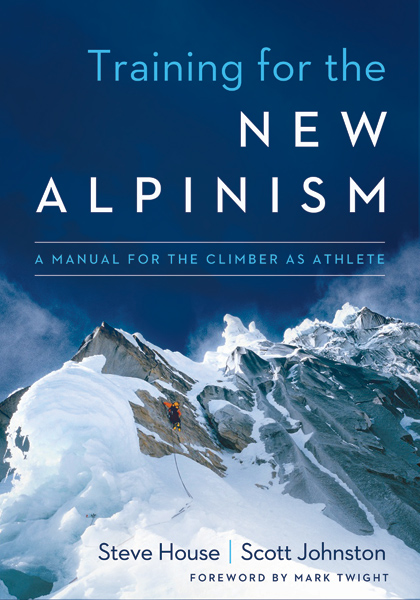 This latest in the line of books from Patagonia, Inc., is Training for the New Alpinism: A Manual for the Climber as Athlete. House and his co-author, the trainer Scott Johnston, offer training plans for alpinists from weekend warriors to experienced mountaineers. Chapters include: Physiology and Methods of Training, Theory of Strength Training, Assess Your Fitness, Nutrition, Altitude and Mental Fitness: the Most Difficult 80 Percent.

The book contains a foreword by Mark Twight, House’s teammate on a 60-hour (fast) ascent of the Slovak Direct on Denali in 2000, and essays from Will Gadd, Ueli Steck, Peter Habeler and Voytek Kurtyka. That assemblage alone may be worth the price of admission.

• And if you really feel like looking ahead, let’s anticipate The Calling, the long-awaited memoir from Barry “Bubba” Blanchard, Canada’s greatest alpinist, an ebullient raconteur and a longtime Rock and Ice contributor. Blanchard’s adventures extend from hard routes in the Canadian Rockies, to the Alps, and to the Rupal Face, scene of an epic descent involving a dropped rope—one of the wildest climbing tales in our collective history. Blanchard realized a dream with Infinite Patience, done after seven attempts, on the Emperor Face of Mount Robson. Climbed the North Pillar of North Twin. Has been a friend to many of the greatest climbers and characters in alpinism. Was treed by a grizzly. Only problem is, sorry, that book isn’t out until September. 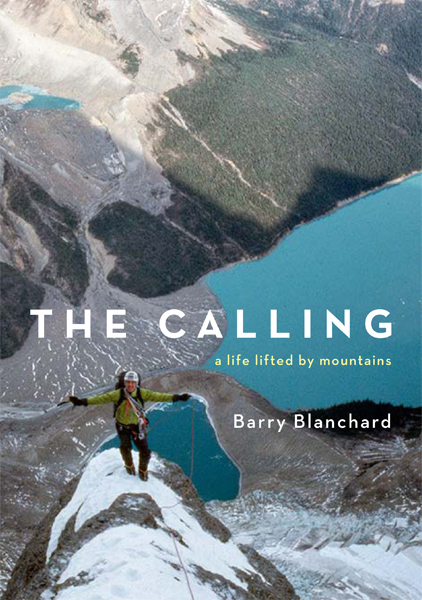