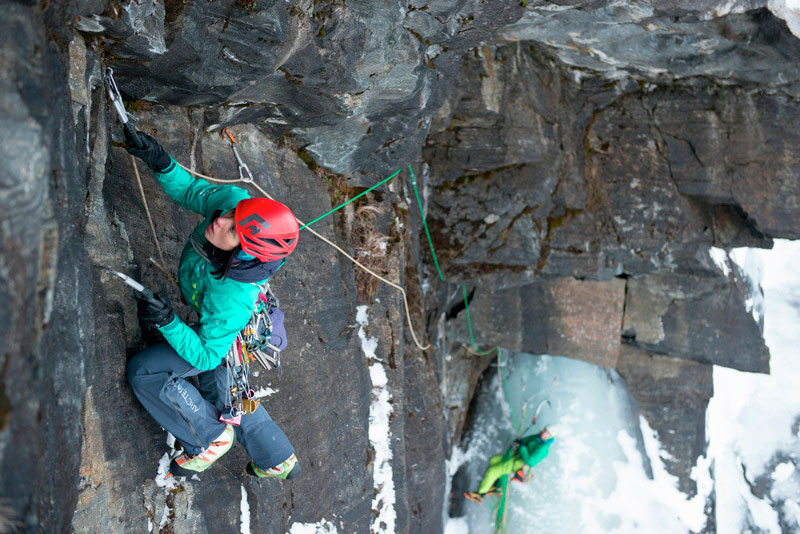 To do the line, Papert spent February 4-15 on Norway’s Senja Island, over 200 miles north of the Arctic Circle. Senja Island is close to Lofoten Island, which is known for its granite climbing.

Papert and her partner, local Bent Vidar Eilertsen, then had to approach the base of the route via kayak. They climbed Finnmannen without the use of any bolts. Their rack consisted of one set of camalots (0.3-3), one set of nuts, five pecs (knifeblades, normal pitons and lost arrows), two peckers, one bulldog, and eight ice screws.

Next up, Ines Papert plans to explore new routes in Morocco. She is also releasing a new book called Vertical – Ines Papert life on the steepest faces.