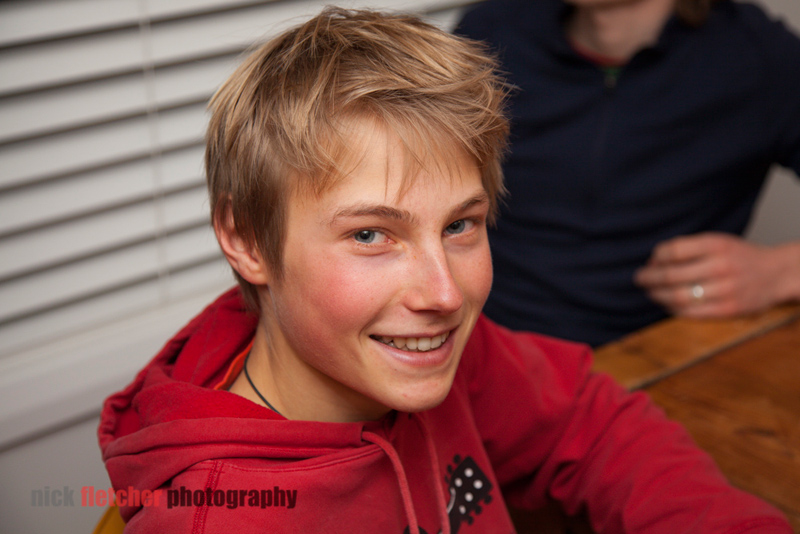 While he hasn’t yet sent the hardest lines around (and to be fair, there’s not that many to go at), he’s made mincemeat of some of the existing 9a9a+ (5.14d/.15a) routes such as La Rambla, A Muerte, Estado Critico and The Fly and with a number of font 8b (V13) boulders (and harder) under his belt it’s surely only a matter of time before the biggest numbers around start falling.

Watching Alex climb is like watching an elite athlete running or swimming (for example). There’s no discernible effort – yet you know how hard he’s trying and in some cases you know first hand how hard the moves are from your own attempts, Alex just pieces the moves together with a calmness and fluidity that only comes from years of climbing and training at the highest level.

On his recent trip to Australia, during the first few weeks (even though interrupted on many occasions by bad weather) Alex sent pretty much every hard problem in the guide and ticked everything on Taipan wall. His ability to climb every day without a rest is astounding and it was only when he got to the Blue Mountains and got stuck into the Red Project at Diamond Falls did something slow him down.
I sat down in Katoomba with him on the night before he and Dani took the long drive back to Melbourne to catch the plane home, to try and find out what makes him tick and ask him about his trip. 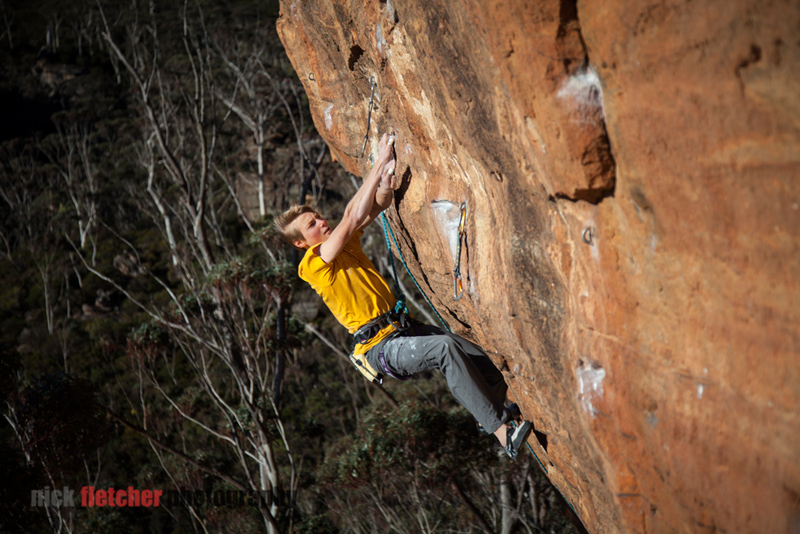 Yes, I have turned 20, so I am climbing now for about 14 years. But at the beginning I just climbed once a week with my parents and a little later just once a week in a children group. So really started with climbing and training more often around 2006, when I did my first competition (Bavarian Cup).

Up until recently you were relatively unknown outside the competition circuit. How have you found the attention you’ve been receiving?

Well to be honest, at the beginning it is really hard to not go crazy. I know all the pros like Daniel Woods, Paul Robinson, Dave Graham and Nalle for a long time from the climbing videos. Recently I had the chance to meet them in the Grampians. I already met some of them in the past, but it is still a strange felling to meet them. I still consider them as pros and famous, but I don’t really feel my self also like them.
I still find it hard sometimes to deal with all the attention, but its getting routine every time a bit more. But it will never be normal 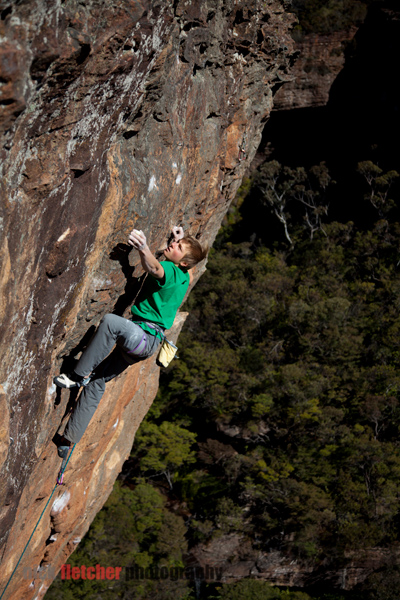 Well, I think the main reason is, after finishing school I could fully concentrate on climbing. With all the schoolwork you have less time and always something in your mind. Without that pressure you can concentrate physically and mentally on the sport.

Tell me about a typical training session.
That depends on what season of the year! Like in summer, when it’s possible to climb outside, the training mostly contents outdoor climbing. In winter, when the weather is too bad to climb outside, we do more structured trainings in the gym. A typical session is about 3 hours. At the beginning we just do some bouldering (or rope climbing) for about 2 hours. Sometimes we include special exercises in the bouldering session, like the simulation of a comp. After the bouldering session we often do some specific training, like exercises on the campus board, ring training, antagonist training.

How much time is spent training with your trainer as opposed to on your own? 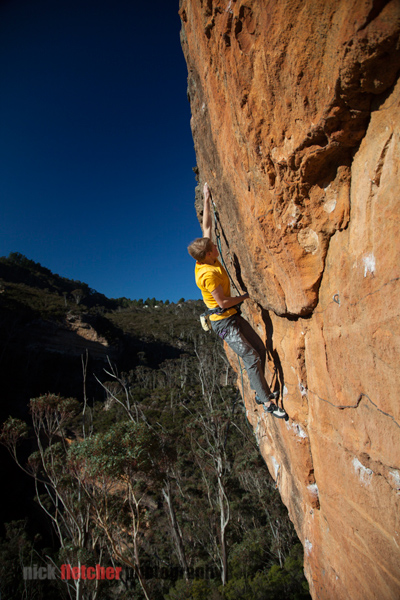 You’ve just come to the end of 8 weeks in oz, what have been the highlights for you?

There are a few highlights while I’ve been here. It starts with the send of the Wheel of Life (V15/5.15a). The second highlight was the new link-up I did at the Hollow Mountain Cave, which I thought was harder then the Wheel (and I am pretty sure it’s harder). This link starts as the Wheel…, but half way up Sleepy Hollow it traverses into Stimulation and climbs that till the end. On the rope my two highlights in the Grampians were The Groove Train and Serpentine. Both routes are just amazing and probably among the top 5 worldwide. And of course, last but not least, the first ascent I did at Diamond Falls at the Blue Mountains, R.E.D. Retired Extremely Dangerous (5.14d). It took me 3 days and more then 15 tries to do it, which is quiet unusual for me.
This interview was originally published at nickfletcherphotography.com.