On May 1, Sonnie Trotter made the first free ascent of a 20-year project on Squamish’s famous Stawamus Chief, British Columbia,
Canada.

Dick Culbert and Bob Cuthbert first aided the line in 1968 and many teams have tried to free the route over the past 20 years.

Trotter cleaned the route for five days, added or moved 20
bolts, and practiced the moves on rope-solo before his redpoint attempt. His partner bailed the morning of the climb, and Trotter enlisted Tom Wright, who just returned from climbing The Nose on Yosemite’s El Capitan.

The Prow Wall is the only 5.14 multi-pitch climb in Squamish. Trotter worked the route about five years ago but didn’t finish it.

What inspired you to do this climb?

For as long as I’ve been coming to Squamish (16 years) I’ve always stared up at the Prow Wall. It’s super clean, blank and improbable looking.
It’s an obvious challenge for any climber. I know climbers have been trying it for about 20 years or so, so I was honored when one of the original
members of the team invited me up there to try it with him. I knew it was possible, but it took another five years or so for me to get back to
it.

Did you train for it?

No, not really. It’s just a technical style of climbing. I think the best way to train for it is to climb on it a bunch. I spent about four sessions
just working the moves while rope soloing and another day with a climbing partner on top rope.

Did you have doubts when your partner bailed at the last second?

Absolutely, I was scrambling to find somebody. It was my friend and local photographer Rich Wheater who suggested I try Tom Wright. I thought he was
still in Yosemite but he had JUST gotten back the day before, and so I called him at 7:30 a.m.

Were you worried about anything on the climb?

I was most worried about temperatures rising, sun hitting, and me having enough time, skin and energy to wrestle through the boulder problem. It’s
thin and a bit powerful and I’m knew I could fall off anywhere, so it took a lot of concentration to put it all together and not wobble off the
slab at the end. 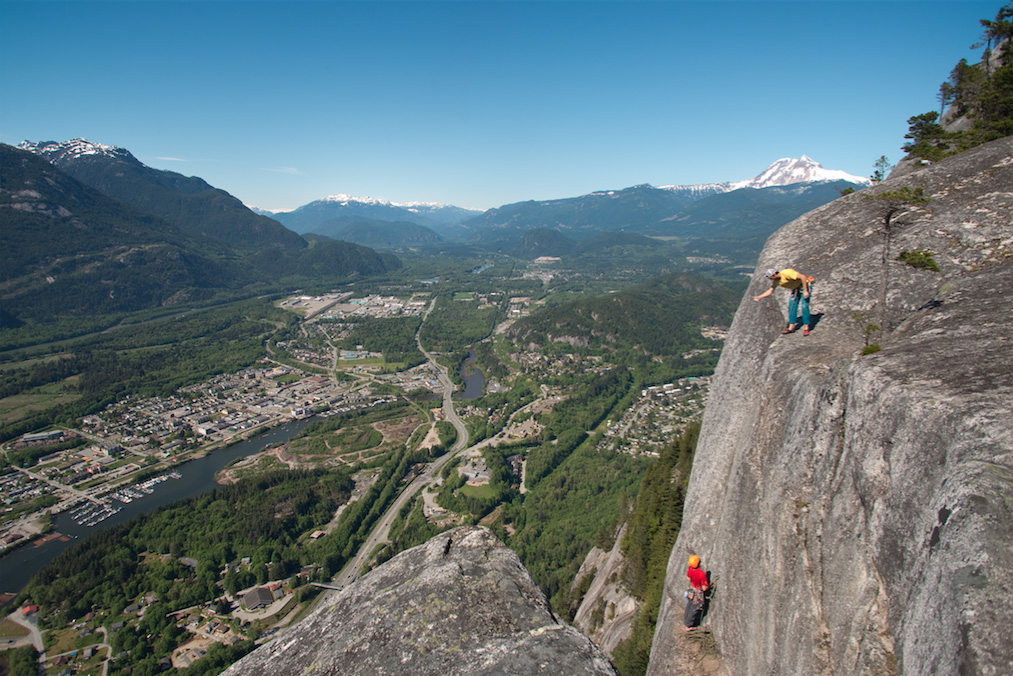 What went through your mind when you topped out?

Once I made it through the crux I knew I was climbing to the top of the wall that day. I felt like a weight had been lifted off my shoulders because
it was my last day to try the climb before driving home to Canmore.

How does the prow rank compared to some of the other multi-pitches you’ve done?

It’s hard to say. The Prophet was a MUCH harder climbing experience, but I don’t think any one move was as hard as the crux on this climb.
But maybe I’m wrong and a bit off base with that comment. It’s really hard to say how it compares; it’s just so different and friction dependent.

Were there any unexpected difficulties during the climb?

No, everything else really went according to plan! We made it back to the bar by 5:00 p.m. for drinks on the patio.

How does it feel to contribute something so epic to Squamish?

Well it’s a very nice feeling to have made a contribution, but I don’t know how epic it is! It’s just another fantastic route for others to enjoy.
It’s just an incredible wall that went un-freed for a very long time. I just happened to be the first one to do it.

Will you put up other multi-pitches in Squamish?

I hope to keep opening new routes in Squamish for as long as I can climb. But nothing is planned for this year.

I’m going to spend the rest of the summer in the Rockies and climb some big limestone walls. Stoked on that.