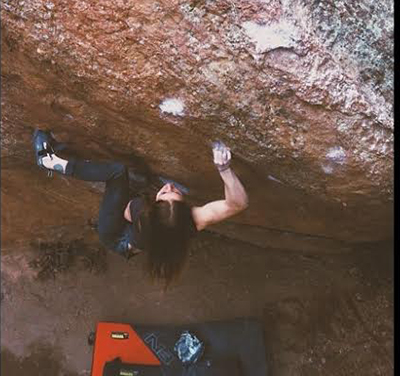 Isabelle Faus, a 20-year-old climber originally from Wichita, Kansas, has sent Trice (V12) at Flagstaff Mountain, Colorado. Trice is the second V12 that Faus has added to her tick-list. The first was No More Greener Grasses at Mount Evans, Colorado, this past Fall.

Trice (aka A.H.R., standing for Another Holloway Route, is an iconic climb established in 1975 by Jim Holloway). At the time, the V-scale did not exist, so Holloway gave it a grade of JHH (Jim Holloway Hard). Holloway is a pioneer of hard bouldering and is thought to be the first person to “project” a boulder problem. At the time of its establishment, Trice was considered the hardest boulder problem in the world. Thirty-two years later Carlo Traversi made the second ascent, quickly followed on the same day by Jamie Emerson. They estimated the grade at the harder end of V12. The first female ascent went down in 2009 by Alex Puccio.

“The history [of the climb] does appeal to me.” said Faus, “There aren’t many problems that have a reputation like Trice, and I like that I can say that I’ve done it.”

For Faus, living in Boulder makes Flagstaff Mountain a close destination where she usually goes to with friends for the sole purpose of having fun. On the day she sent Trice, she had intended on doing a different boulder problem, but due to wet weather and Trice’s overhang, it was one of the only dry problems, so she went for it. 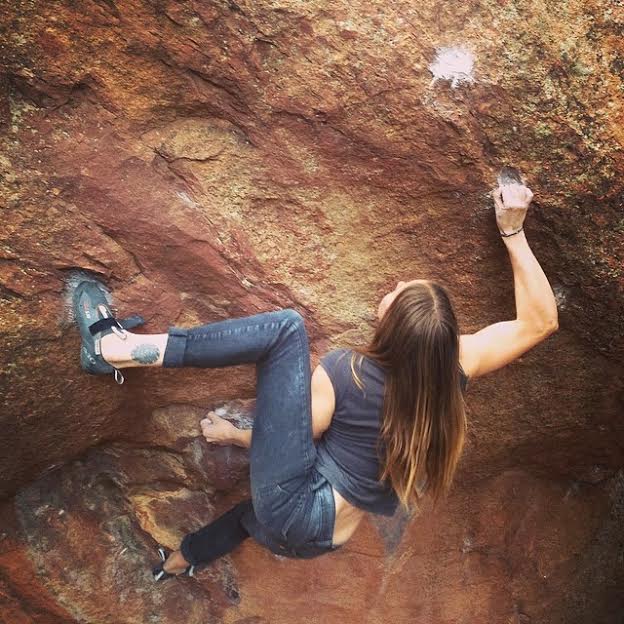 “The boulder is just a few moves,” Faus explained, “and revolves mostly around a shoulder move off a small slopey pocket. You move your right hand from the start to the pocket. Then get a high left foot and twist into the perfect spot before moving super controlled to a jagged slope. Then hop to another sloper and pull through to the jug.”

Faus competes in the ABS Nationals, Dark Horse and other acclaimed indoor comps but prefers climbing outside. “I started climbing outside about eight years ago.” She said, “I can’t remember what got me started; climbing was just something I always wanted to do.”

Her next climbing adventure starts in a couple weeks when she’ll travel to Fontainebleau for her first time.