James Pearson has flashed Something’s Burning (E9 7a-5.13d X) in Pembroke, Wales, “potentially the first flash of a route of this grade, certainly away from the grit,” UKClimbing.com wrote. 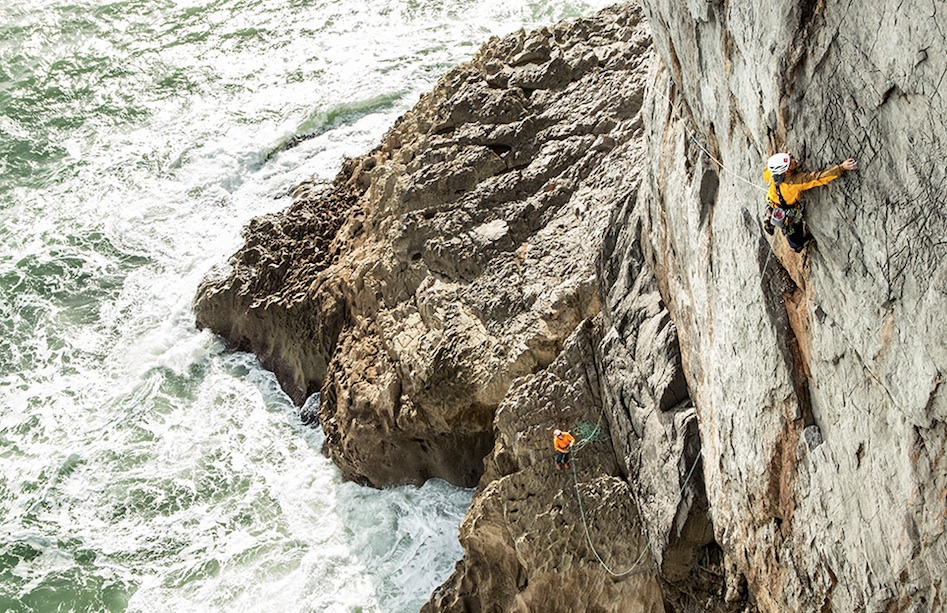 Pearson sent the route on September 3, and was assisted by his wife Caroline Ciavaldini, who gave him detailed beta and gear placement on the sketchily protected route.

“James trusts my judgement, and when I told him that he would be OK trying without practice, provided I showed him the micro gear, he decided he would have a go,” Ciavaldini wrote in an email to Rock and Ice.

Pearson and Ciavaldini traveled to Pembroke from their home in central England with Yuji Hirayama of Japan. All three climbers have had success in the area: Ciavaldini sent Mercia Wall (E8 6c/5.13a R ) and Hirayama The Big Issue (E9 6c/5.13+ R).