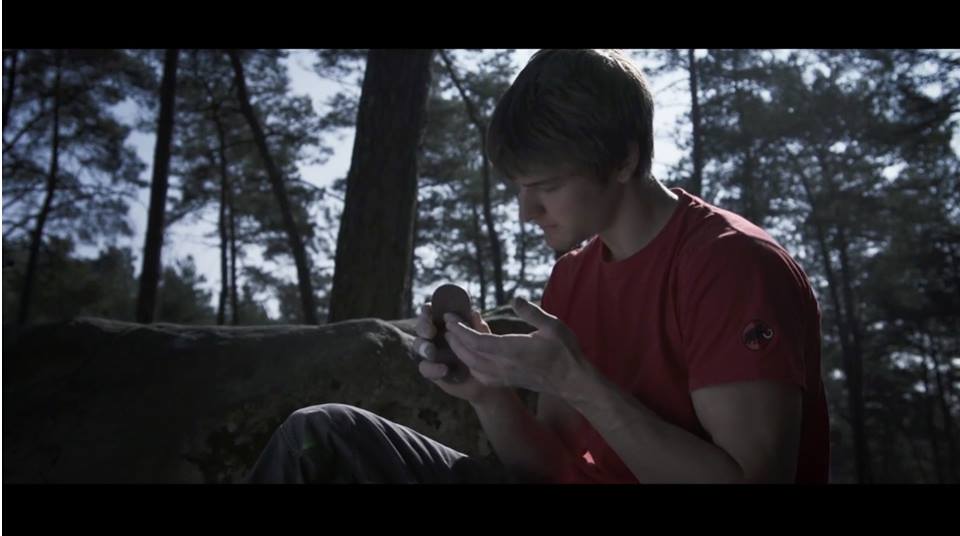 The big German made the most of a two day trip to Ticino where he first did The Story of Two Worlds at Cresciano and then Big Kat the following day at Chironico.

Jan has now climbed 6-8 problems in the ~8C (V15) range, all in Fontainebleau and Ticino.

The following interview is by Björn Pohl of UKClimbing.

Hi Jan, good to see you’re climbing well and hard! You must surely be the biggest guy to repeat The Story…. Any thoughts on this and Jimmy Webb’s new problem?

But The Story really gave me some trouble! I tried it two days last year and another three days at my last trip two weeks ago. Since then I trained hard, lost some weight to get in shape for the world cup season and did it first try this trip!

Right now I might be the strongest I’ve ever been but at the same time I feel incredibly weak after climbing a couple days with Jimmy in Hueco, Colorado and Ticino! He’s a beast!!!!

The Big Kat is a sick addition to the Chironico area, opened by him and definitely not on the lower end of the 8B+ [V14] range (in my opinion)! it took me three days to figure out the moves and link all 12 of them together.

Soon Jan is off to China for the World Cup premiere. This year he plans to do all the World Cup comps.
This article was originally published at UKClimbing.com.

Jan Hojer is 22 years old and has been climbing for 11 years. He first made waves in the climbing world when he visited Rocklands, South Africa and in a little over two weeks climbed three V14’s, seven V13’s, nine V12’s, 17 V11’s, six V10’s and 15 V8 and V9 problems. Hojer is also a World Cup competitor, and is coached by the legendary training guru Udo Neumann, who will be profiled in the up-coming issue of Rock and Ice.

Check out this astounding video of Jan Hojer training.