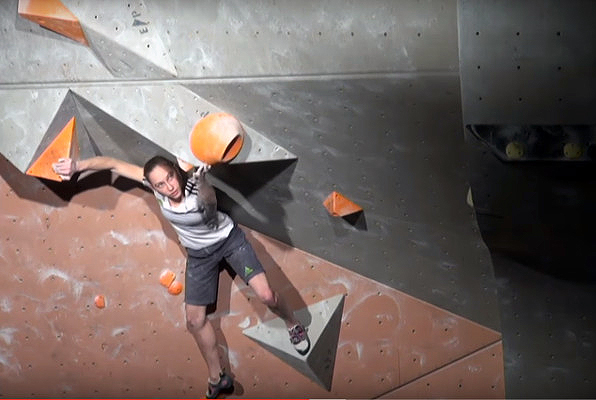 Janja Garnbret, a 16-year-old Slovenian climber, has proven her potential with a sweeping victory at the La Sportiva Legends Only competition in Stockholm, Sweden. Garnbret completed all five boulder problems in seven tries total.

Shauna Coxsey, of the United Kingdom, placed second, redpointing two of the five problems. Mélissa Le Nevé (France) completed one problem, finishing in third. The final two competitors, Juliane Wurm (Germany) and Anna Stöhr (Austria), did not complete any problems during the competition.

All the climbers were female—a complement to 2014’s all-male cast.

La Sportiva Legends Only is an annual invitation-only competition. Unlike many other flash-format competitions, Legends Only is redpoint-style, including boulder problems that are far more difficult than World Cup-style problems. Climbers are allowed two hours to work on the competition problems in advance to practice moves, touch holds, and memorize sequences.

During the event, each climber has up to three tries to complete each boulder. The problems range in style from dramatic jump-starts and dynos to technical, body-tension-intensive moves between crimps.

Garnbret, the youngest competitor at Legends Only this year, also placed seventh overall in the 2015 IFSC Lead World Cup, her first season in the adult circuit. She also has accrued an impressive résumé of real-rock ascents, including Scrat (5.14b) and an onsight of Avatar (5.13d) in Croatia, dpmclimbing.com reports.