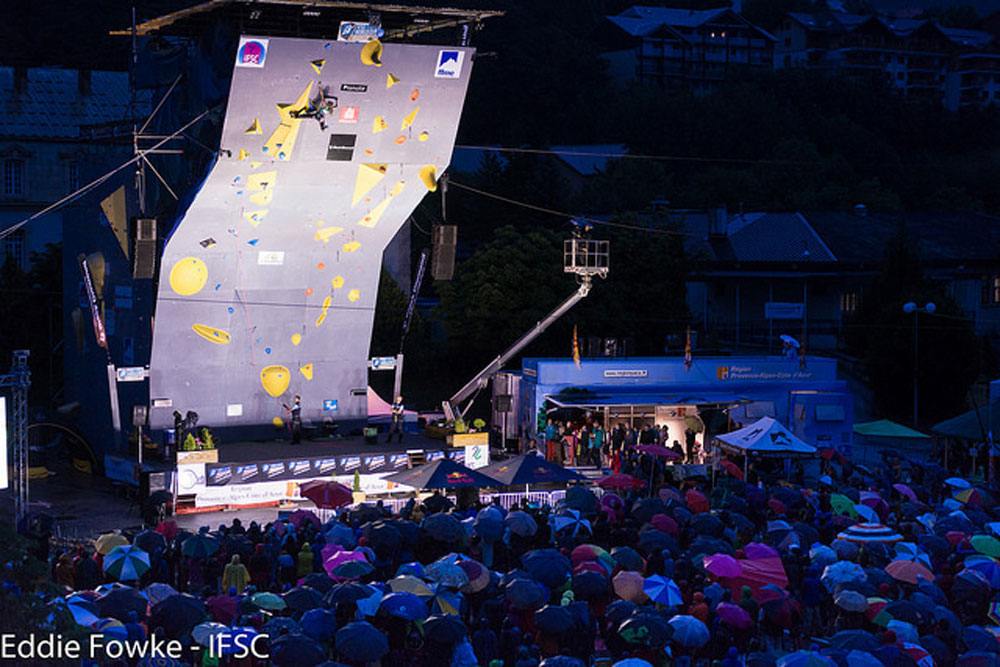 Despite downpour and wet holds that nearly cancelled the tournament,
Janja Garnbret continued her dominating streak at the IFSC Lead World Cup in Briançon, France. She donned her third gold medal of the season. Her teammate
Domen Skofic also returned to the podium, racking up yet another first place for the Slovenian team.

“Due to the rain some holds were wet and slippery,” Garnbret wrote on Instagram. “But [the] loud crowd and good atmosphere turned it in one of the best
and craziest finals!”

Since the 2016 season began in Chamonix, France,
Garnbret has maintained her winning pace and shows no signs of slowing down. The 17-year-old Slovenian has won every round of every competition so
far—qualifiers, semis finals and finals—bringing her victorious streak to twelve total routes. Last year was Garnbret’s first time competing
in the Women’s Lead World Cup. She finished fourth overall, but in the preceding years she dominated the Female Youth A and B podiums, bringing home
first place with near-perfect consistency.

For the men, Skofic, after failing to reach the finals in Villars, Switzerland last week, came back to win this competition, narrowly beating Romain Desgrainges by one positive movement, and pushing Sean McColl, Villar’s winner, to third.

The men’s finals route proved challenging with “a slippery beginning, followed by powerful compression climbing up to a tufa rest which preceded the technical
top panel,” according to the IFSC. 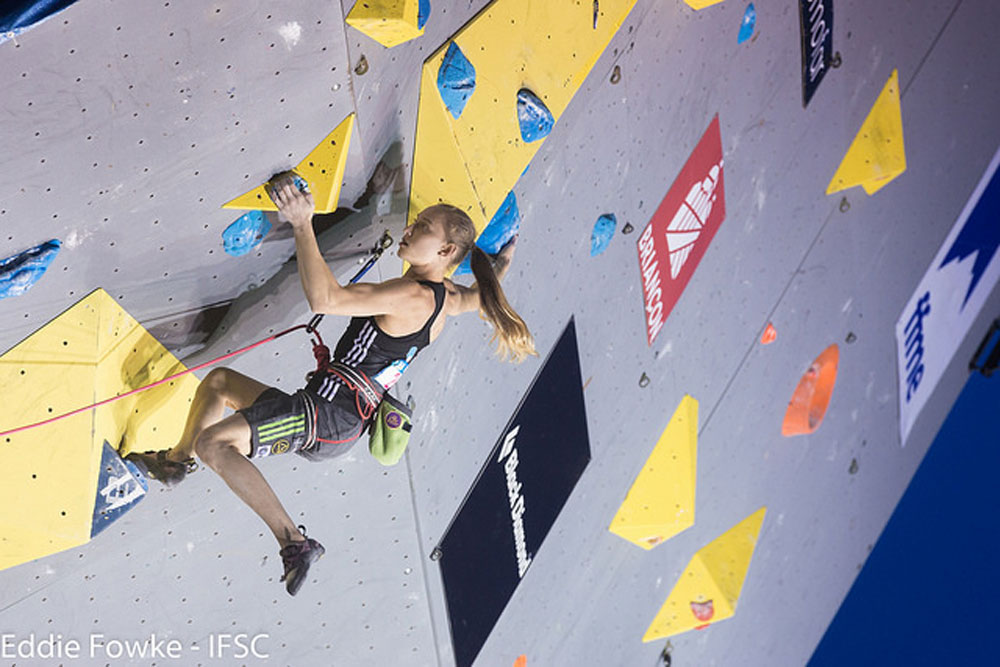 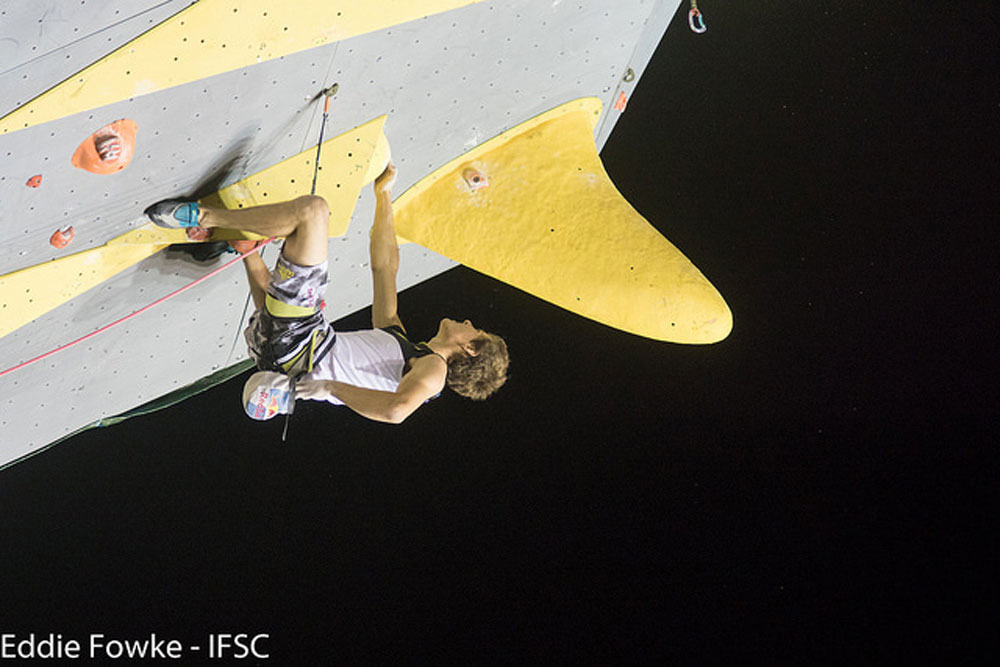 “[I] almost fell down
low missing the intermediate undercling, climbed awful through the roof section but I could calm down later on the no-hand [rest] and finished with
all I got!” Skofic wrote on Instagram. “Even the rain can’t kill the amazing atmosphere in Briançon.”

The women’s finals route featured mostly dynamic moves on low percentage holds along the steep middle section. A double dyno challenged even the best competitors,
causing Belgian climber Anak Verhoeven to fall and finish in eighth place. Austrian climbers Jessica Pilz and Magdelena Rock both solved the upper
crux, settling in second and third place, but Garnbret was the only one to top out the route, although she ran out of time before she could complete
the climb and finished for fun.

Representing Team U.S.A., Delaney Miller and Clair Burhfeind both advanced to the Semi-Finals, finishing in 12th and 26th place. On the men’s side, Sean
Bailey pulled through Semi-Finals to claim 14th, while Ben Tresco and Martin Kuhnel competed only in qualifiers.

The next IFSC Lead and Speed Climbing World Cup will take place August 19 and 20 in Imst, Austria. Check back for live streaming of semi-finals and finals.