This year, the Piolet d’Or’s four-day celebration will take place in Grenoble, the “capital of the Alps”. This year’s event will include hands-on workshops
and courses in addition to the awards ceremony. For more information and the schedule of events, visit pioletsdor.net.

Portrait of a visionary

One of Jeff Lowe’s greatest climbs was a failure. In 1978, Jeff, his cousin George Lowe, Jim Donini and Michael Kennedy had to turn around only 150 meters from the summit of Latok 1,
a magnificent peak that rises high above Pakistan’s Biafo glacier. At the time, no rope team had ever reached the summit of Latok 1 (though it would
be climbed the next year by a Japanese team), and the four Americans had chosen an alpine-style climb up the North Ridge: a clean, obvious and extremely
difficult line. That was nearly 40 years ago. Since then, many other teams have made attempts, but the North Ridge of Latok 1 remains one of world’s
most coveted and elusive objectives. No other rope team has even come close to the point Jeff and his friends reached.

When it comes to successes, the list is long, and I’ve chosen just a few. Zion National Park’s “world classic” route, Moonlight Buttress was put
up by Jeff Lowe and Mike Weis in 1971. Jeff was only 21 years old. Three years later, when he and Mike made the first ascent of Bridal Veil,
he became one of the pioneers of ice climbing, an activity in which he would truly shine. In 1979, he took part in an expedition to Ama Dablan, and
soloed a new route on the south face. In 1982, on a new route on Kwangde Ri, another on Kangtega in 1986, and yet another on Taweche in winter 1989,
Jeff confirmed his dominance and ease on glaciated terrain. These climbs were an early indication of the current trend in climbing where technical
and aesthetic climbs are favored over the pursuit of reaching high altitude at all costs.

In 1991, Jeff Lowe embarked upon his greatest alpine adventure. With the goal of completing a solo first ascent of a direct route, he threw himself into
the austere winter universe on the north face of the Eiger. Making it to the top of Metanoia took all that he had and forced him dig deeper
than ever before. This brush with fate inspired a profound introspection and a radical evolution in his mentality—hence the name of the route.
Three years later, Jeff applied this same metanoia to a discipline that he loved: ice climbing. The image of a guy dangling from his ice axes below
a rock roof before attacking a free-hanging ice dagger was seen around the world. That route, Octopussy in Vail Colorado, was a stroke of
genius—it was the origin of a new sport (dry tooling) and would forever change practices in ice climbing, alpinism, and Himalayan climbing. 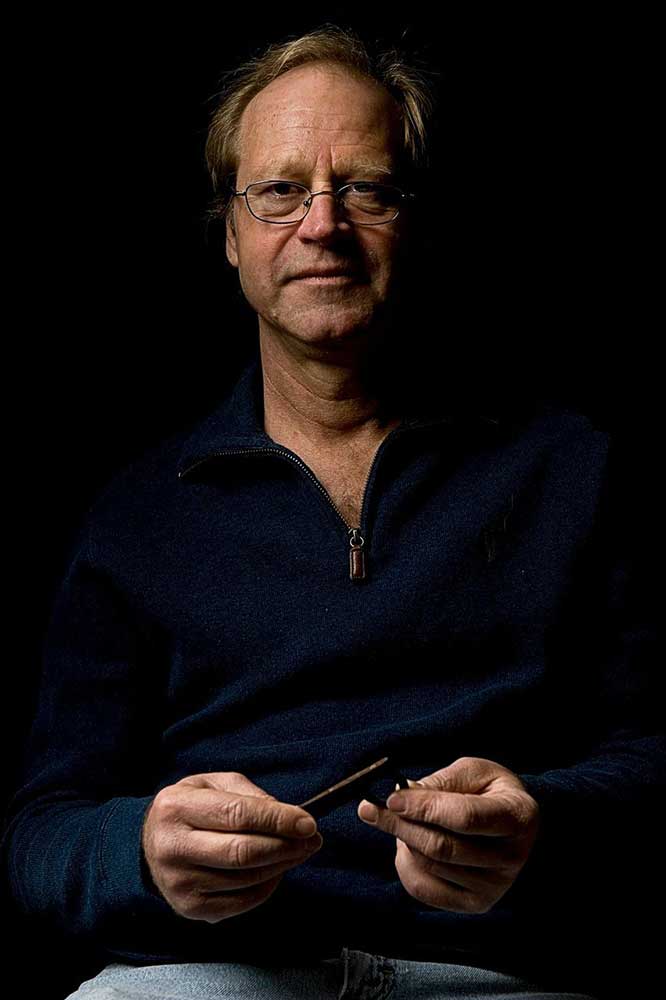 Jeff Lowe’s contributions to mountaineering are not limited to his climbs. Early on, he took an interest
in gear with the brands Lowe and Latok. Thanks to Jeff, we all replaced our figure eight descenders for the lightweight and compact tube-type belay
devices. Footfangs were also quickly sought after as one of the first rigid crampons. Both Lowe’s R.A.T.S screw (which could be used on poor-quality
ice) and the Snarg (a pound-in ice screw) became wildly popular among an entire generation of ice climbers. An organizer of events and author of technical
climbing books, Jeff Lowe has played a role in every aspect of the sport. He is one of the most important figures in the world of mountaineering and
climbers all over the world were shocked to learn, a few years ago, that he had been diagnosed with a degenerative illness

The young man who had racked up such an incredible list of feats with remarkable ease, now, as a grown man would have to face a climb even more challenging
than the Eiger. He would have to live through a second metanoia. It is with amazing courage and humor that Jeff is facing his illness, a feat which
gives new meaning to the words of another Piolet d’Or Lifetime Achievement Winner, Rober Paragot:  “At first I thought that to be an alpinist was to succeed on the most difficult routes possible. I later learned that it is much more than that.”