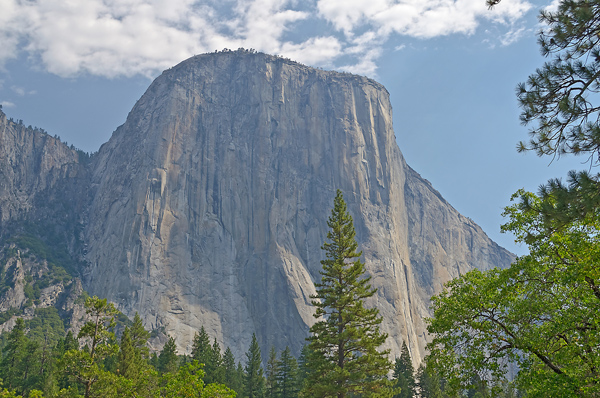 On her seventh trip up the Nose (5.9 C2), Jes Meiris, taking just 27 hours and change to summit, shattered the previous female speed record set in 2002 by Jacqueline Florine who took five days.

Meiris, 32, had the Nose solo on her mind for about a year before her attempt, which began at 8 p.m. on June 7.

“I wanted to climb it solo in a push, without hauling or sleeping, and I knew that if I was successful I would break a record, but would have done it either way,” Meiris wrote in an e-mail to Rock and Ice. “It was appealing because no woman had done it in that style before, and besides, hauling sucks. Especially alone.”

Meiris took two falls during her record breaking ascent, both safe, according to her. The second came on the base of the Boot Flake when a nut popped and the piece below her ripped, breaking the rock and sending Meiris 20 feet below to a bolt.

“Clean fall, but spooky,” Meiris wrote. “It was early morning, and some guys were sleeping at the top of the Boot. Pretty sure my girly scream woke them up!”

Meiris climbed through the night and reached the King Swing (pitch 16) by dawn, planning out her send to be as shaded as possible. She was in the sun just two hours after the Great Roof, then ascended onto the shaded upper dihedrals by late afternoon.

Apart from a couple safe falls and feeling tired at the start, Meiris felt great after the King Swing, in part thanks to the support of her friends and family.

“I had amazing support via text message from people in my life sending encouragement, and that kept my energy levels high and motivation up,” Meiris wrote. “That was a huge contribution to my success on record day.”

Around 11 p.m. on June 8, she hugged her friend April who was waiting for the now-record-holding Meiris at the summit with food and beer.

Meiris is unsure whether she will attempt the Nose again, but is confident she could do it faster.

“Just seeing those pitches again and having more information about how to solo the middle section efficiently will save me time if I choose to do it again,” Meiris wrote.