American climbers Jimmy Webb and Dave Graham took down Ill Thrill (8B+/V14) in Magic Wood, Switzerland this
past week before an impending blizzard “shut down the woods.” Webb and Graham climbed the 15-move, “finicky thing,” as Webb described it on his
8a scorecard, on April 12 and 16, respectively.

“Super syked [sic] to have made an ascent of Ill Trill [8b+] in the epic rain storm that turned blizzard and shut down the woods!!” Graham
posted online. He was ready to give up because of the conditions, but wrote that French climber Philippe Ribiere encouraged him to give it another go.

“[Philippe Ribiere] was hangin’ out, keepin’ it positive,” Graham wrote. “Despite the seemingly doomed conditions he encouraged a last try before I abandoned
ship. I maintained it was too humid, but gave ‘er the hail mary, and boom, checkpoint!!

“Shows what I know about sending temps!! Great rig first ascended by [Paul Robinson],
[Bernd Zangerl] with the vision!!” 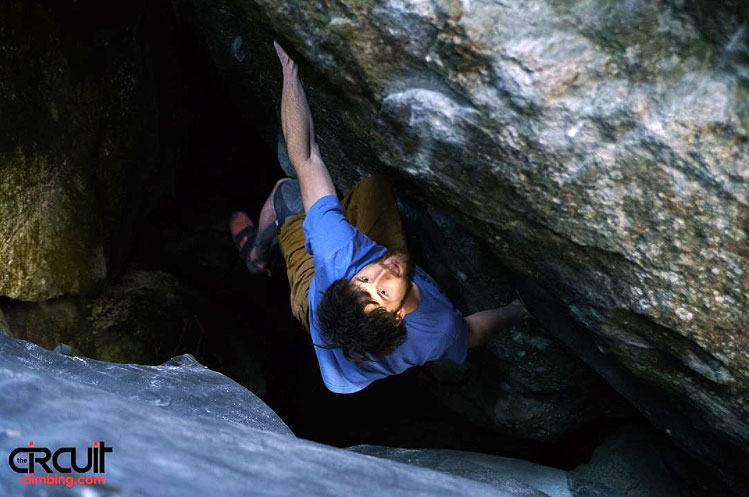 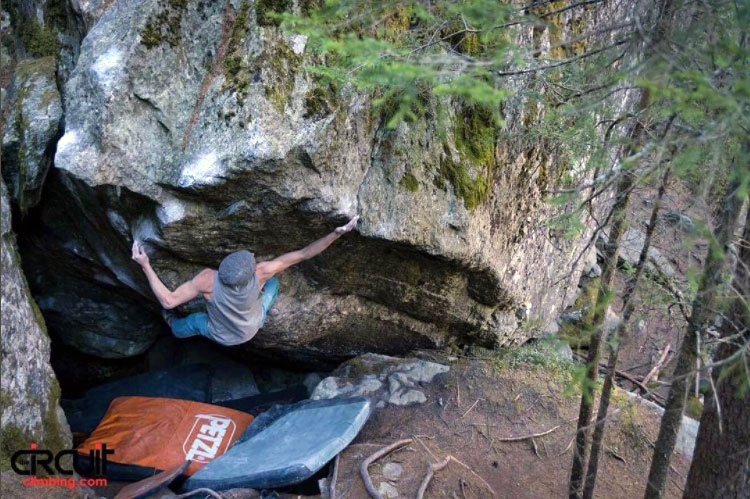 Along with Ill Thrill, Webb also sent Shelter (8B+/V14) in Valle Bavona.“Different method for the finish. Matched up the last slope and
jumped to a crimp,” Webb wrote on his 8a scorecard. “Topped out in the dark. Sketch!”