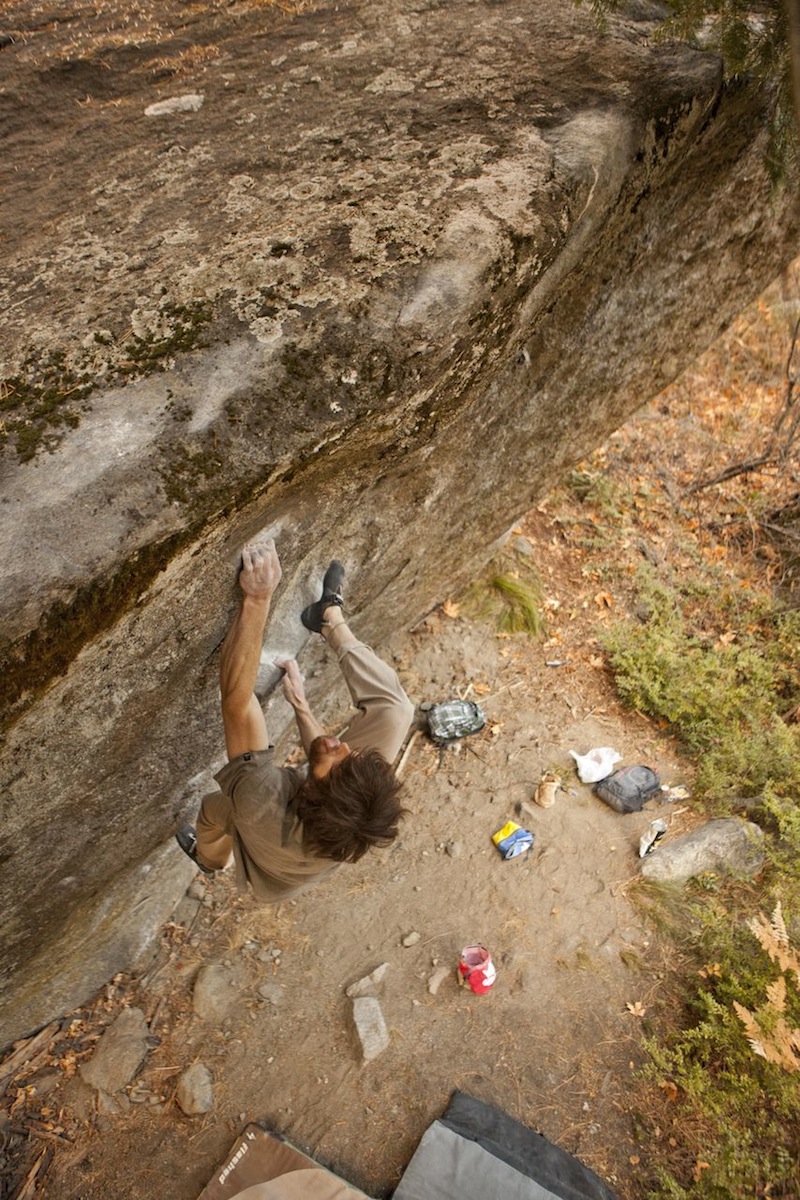 Photo by Aaron Matheson Jimmy Webb continued his good form yesterday when he made the second ascent of The Penrose Step (V14) in Leavenworth, Washington. The problem was a long-standing project before Carlo Traversi made the first ascent two weeks ago (see Rock and Ice article on Traversi’s ascent here).

Webb reported on his ascent on his 8a.nu scorecard yesterday:

“Amazing boulder and really had to overcome the odds. Fell off the top last day trying and twisted my ankle pretty good. Lucky to have been able to climb on it today. Props to Carlo for the FA. One of the best!” he wrote.

The ascent is (so far) the hardest problem for Webb during his stay at Leavenworth. Last week, he managed to flash one V13 and two V12s: The Tea Cup, Cotton Pony, and Turbulence, respectively. In addition to these flashes, Webb redpointed Tornado (V12) and Angelina Jolie (V10), among others.

With all those hard bouldering ascents in the bag, though, Webb needed some rest on Saturday before attempting The Penrose Step the following day. In typical rest day fashion, Webb decided he would simply flash two V11s: Thunderdome and Cougar Milker, adding to the Chattanooga native’s reputation as the best flash boulderer in the world.

According to Webb’s Instagram, two days remain before his departure, plenty of time to take down some more projects.