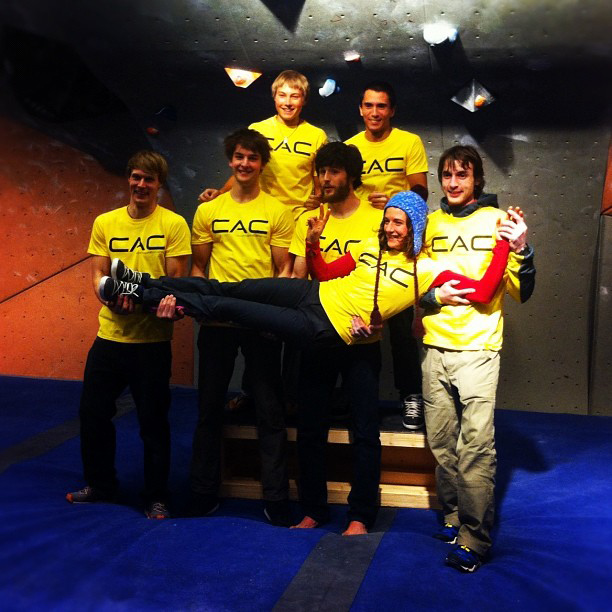 After a fierce battle with the hardest set of problems that has ever been competed on, Jimmy Webb took home an impressive victory at this year’s La Sportiva Legends Only at Klättercentret in Stockholm.

I have no doubt the above statement is true. The easiest problem was, according to guest route setter Mélissa Le Nevé, around 8A+ [V12] and the hardest according to the climbers at least 8B+[V14], possibly bordering on 8C [V15]!

[The La Sportiva Legends Only is a redpoint competition, consisting of four problems that each competitor previewed for three hours 24 hours prior to the event.]

If it weren’t for Jimmy it would have been too hard, but I’m pretty sure he could have been able to do all four problems if the win had depended on it, so on this day he was almost in a league of his own as no one else managed to top more than one problem.

To say Jimmy’s win was sensational would be both true and not.

Sure, he beat three times world champion and World cup champion Dmitry Sharafutdinov into second place, and sure Jan Hojer, Alex Megos, Nalle Hukkataival and Sean McColl also had to see themselves beaten, but then again, in this competition anything can happen!

What this shows is that it doesn’t matter what your name is, to win, it must be your day.

This article was originally published by UKClimbing.com.

For those of you who missed it, here is the live stream.