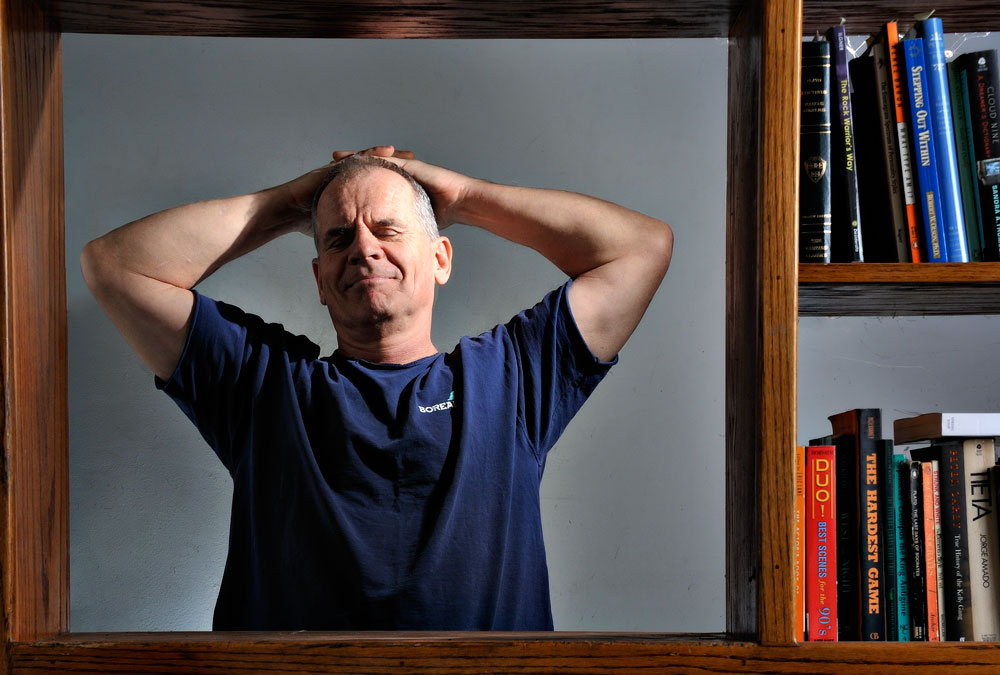 Climbing’s best-known author, pioneer and original Stonemaster, John Long was seriously injured on November 29 at the Rockreation climbing gym in Los Angeles when his bowline came untied and he fell to the floor, suffering a compound fracture to his lower left leg/ankle. The 55-year-old climber was transported to a local hospital where he underwent emergency surgery.

Long attributes the accident to pilot error, forgetting to finish his knot “I screwed up big,” he says. “Double compound right at the ankle, and a big wound where the bone shot through. Long road back but I’ll make it.” As of this report, Long has undergone two surgeries and is recovering at the hospital.

Long’s exploits on and off the rock are legendary. He, with Billy Westbay and Jim Bridwell made the first one-day ascent of the Nose in the mid 1970s, did the first free ascent of Astroman with Ron Kauk and John Bachar, and has made bold ascents and expeditions all over the world. He is the author of over 40 books with over two-million copies in print including the immensely popular How to Rock Climb series and more recently, The Stonemasters, California Rock Climbers in the Seventies and The Valley Climbers, Yosemite’s Vertical Revolution. Long is a longtime Senior Contributing Editor to Rock and Ice and author of the popular and long-running column Planet Largo.