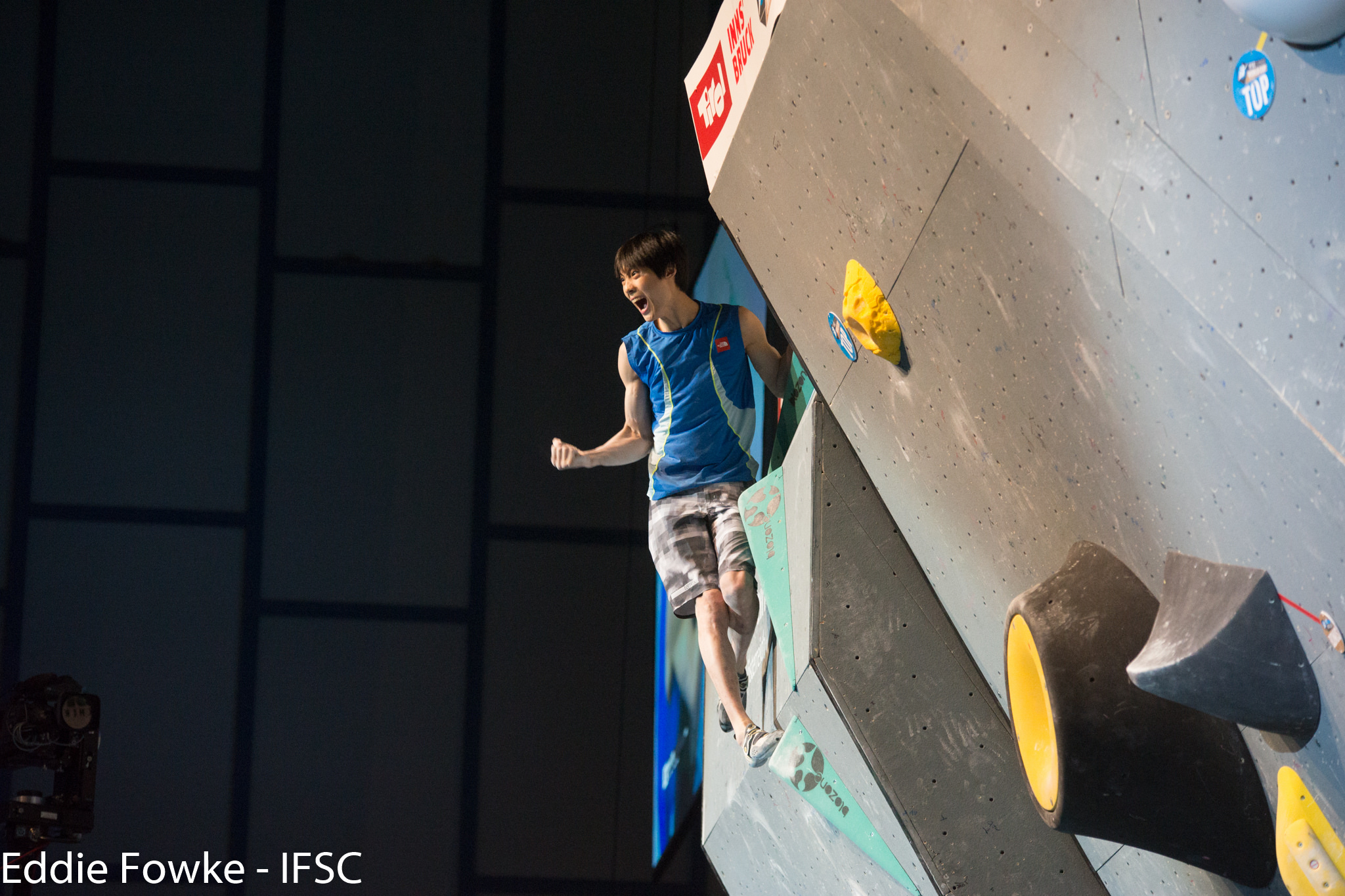 South Korean climber Jongwon Chon is on a tear. Fresh off his perfect, winning performance at the La Sportiva Legends Only boulding competition, this weekend he established another new V15 in his home
country.

The problem, called Hymn, is located in Mudeungsan National Park, and is the second climb of the grade to be opened in South Korea, after Eternal Sunshine, South Korea’s first V15, which Chon established on November 11. Hymn climbs a technical, overhanging arete and face, and finishes with a dynamic
feet-cutting move to the boulder’s lip. Eternal Sunshine, also located in Mudeungsan National Park, is not for the faint of heart—it is
a 10-meter tall highball.

In addition to his recent exploits, Chon won the overall IFSC Bouldering World Cup title for 2016.

Jongwon Chon wasn’t the only South Korean to have a good weekend, though—Jain Kim, the 2014 IFSC Climbing World Champion in lead and one of the strongest
competitors on the 2016 IFSC World Cup circuit, finished her whirlwind trip to Yangshuo, China. She sent Spicy Noodle (8c+/5.14c), a
Chris Sharma line and China’s first 5.14c, on her second attempt. Spicy Noodle has been climbed by Liu Yong Bang (better known as “Abond”),
Ethan Pringle and Wei Guang Guang (better known as “Da Wei”), among others.

In addition to Spicy Noodle, Kim made quick work of several other routes in Yangshuo: She flashed China Climb (8c/5.14b) and redpointed French Gangster (8b+/5.14a) on her her third burn.