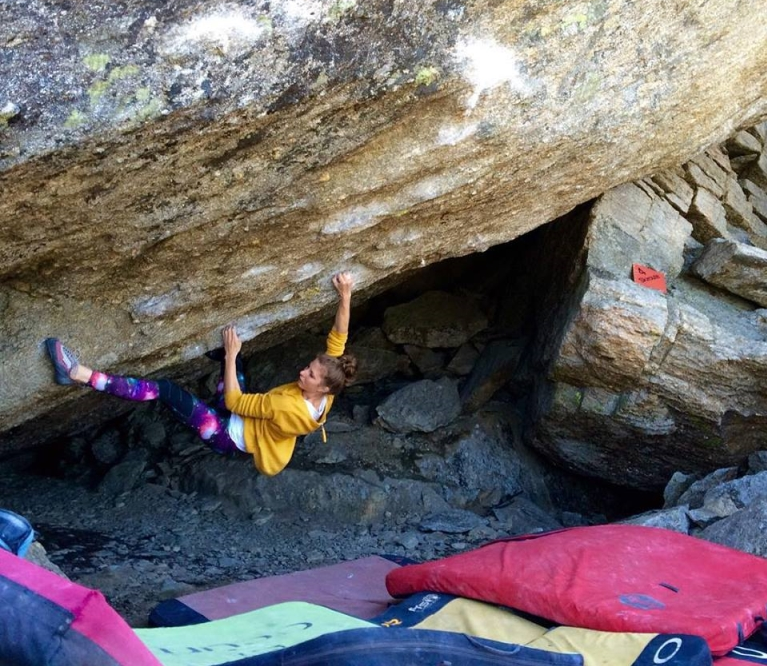 “Chris Rauch recommended I try this boulder,” Sinnhuber told Rock and Ice. “He said it would be quite my style, and he was right.”

Despite a broken hold and 80-degree temperatures, Sinnhuber was able to work out new beta to send.

“When I finally stuck the little dyno after the hard section, it was such a great feeling,” said Sinnhuber.

Sinnhuber hopes to visit Magic Wood this season but is waiting for cooler temperatures. Next year she would like to visit Rocklands, Rocky Mountain National Park or Squamish, but she has no set plans to date.

“My season is quite short with the Worldcups, so there is enough time for some bouldering outside,” Sinnhuber said.