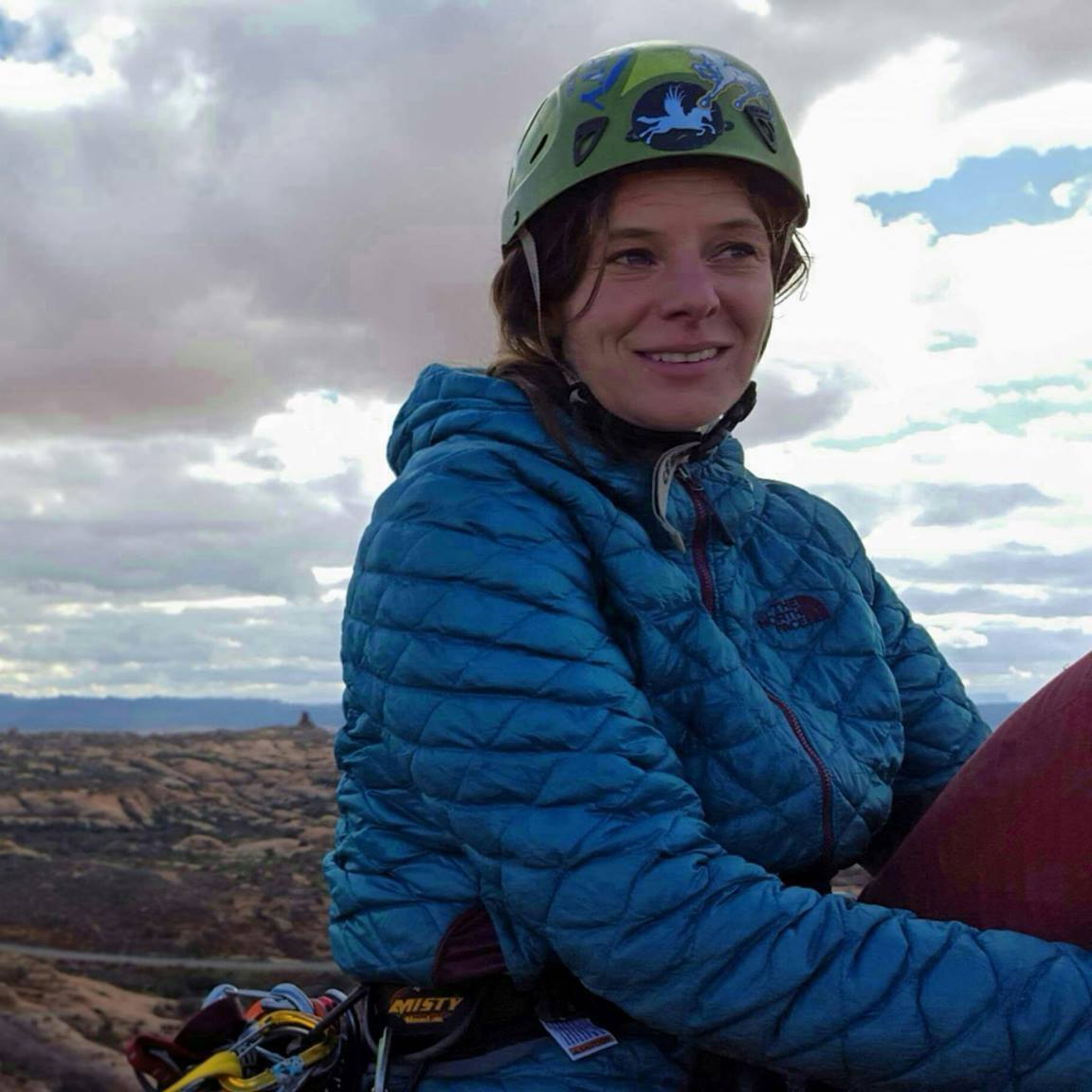 A tragic accident, the loss to a fall of a warm-hearted single mother of two teenage children, has broken the heart of the North Carolina climbing community and caught the attention of a concerned and sympathetic national readership. The cause of the accident was disclosed today.

Jennifer “Kayah” Gaydish, age 36, of Asheville, North Carolina, was a former wilderness ranger and the current North Carolina Conservation Coordinator for the conservation group Wild South. She also worked with the Appalachian Trail Conservancy; was a volunteer board member of the Carolina Climbers Coalition (CCC); was a consistent volunteer for the Carolina Mountain Club; and had started a trail crew called the Draft Crew, also as a volunteer.

She died Sunday, December 20 in a 50-foot fall at the Hidden Valley Lake area in Washington County, Virginia.

The accident occurred when she was cleaning the quickdraws from the anchors atop a sport route in the Ginseng area. She hung from two daisy chains, pulled a few feet of rope up, and clipped the bight to her harness, as is standard to prevent dropping the rope. That knot was reportedly still attached to her on the ground after the accident. Then she untied the rope, also normal practice, from her harness tie-in to thread it through the anchors (instead of the quickdraws, which she would bring down) in preparation for being lowered. In an instance of human error, she apparently did not retie that rope end to her harness, a sad reminder to all to double check everything, every time. No knot was found in the rope end. The rope came down with her.

She had originally been rigging the anchor to rappel, which perhaps caused confusion. She had difficulty threading the rope through the lower rings, so called down asking to be put back on belay. She was on belay when, moments later, she fell. No miscommunication occurred with the belayer.

Gaydish had only been on the North Carolina scene for a handful of years, but had made a huge impact as a generous and humorous person as well as a community and conservation advocate. “She was a giver,” said her friend Sean Cobourn, a past president of the CCC.

Mike Reardon of Asheville, a close friend of Gaydish and also a board member of the CCC, said, “She was one of the most selfless people I know. Her two kids, Caleb and River, are incredible. We have a close-knit but widespread climbing community, and she had kind of adopted the community, with so many selfless acts, with different volunteer events, but also on a personal level.

“When we had our son, she randomly brought over a meal, and I know other people she did that for who she hardly even knew, and she drove an hour and a half round trip to deliver that meal. She was just that type of personality. She started climbing about four years ago, so she had a deep effect really fast. She dedicated her life to working on trails and in wilderness.

“Even in the first year that she was climbing, what attracted her to climbing is the community that surrounds it and shares adventures. About three years ago I brought her out for her first trad lead, and she was really excited about that, and we were able to do some first ascents together. She started climbing with her daughter, River, who was about 10 at the time, at the ClimbMax Climbing Center. River climbed in a group called Climbing Towards Confidence, centered toward middle-school-age kids.

“Kayah’s husband had passed just before the time they started getting into climbing. [Kayah] loved the confidence building that it offered to her daughter, and that was kind of her introduction into climbing. Climbing for her was much less about the individual experience and much more about relationship building, sharing adventure in a beautiful place, and being a part of something that was bigger than herself.”

On her Facebook page, the organization Friends of Chimney Rock State Park posted: “Kayah was a big supporter of our group and worked tirelessly to improve trails, remove invasive species, and protect the wild places we all love. She leaves behind two children, Caleb and River. Please consider supporting the memorial fund for this family.”

The memorial fund can be found here.