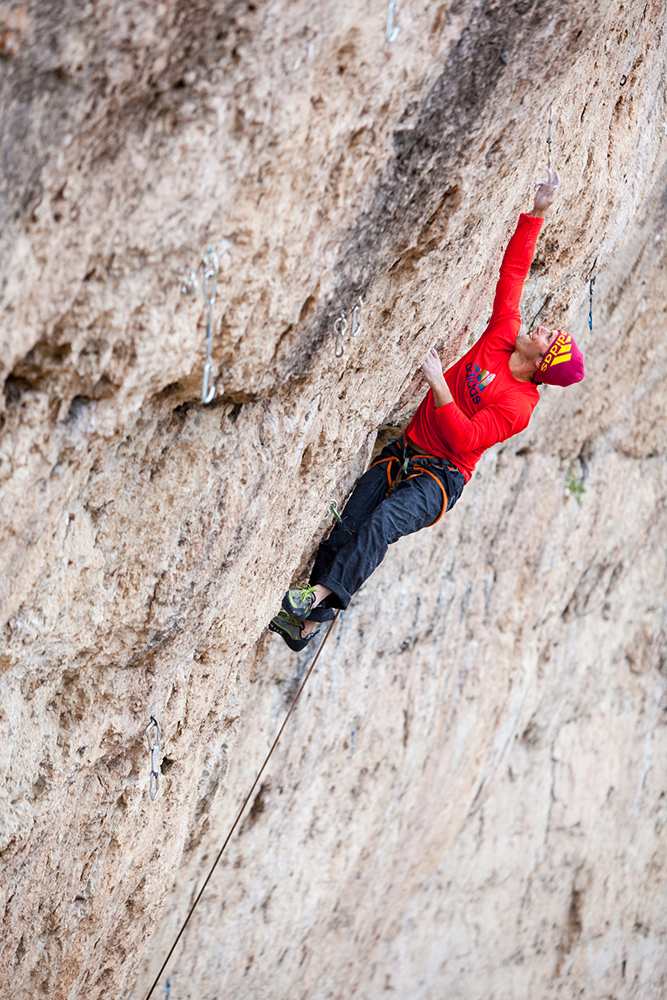 Ben Herndon Kyle Vassilopoulos has opened a new 130-foot 5.14a in the massive limestone cave of Wolf Point, near Lander, Wyoming. The route, dubbed Big Bad Wolf, cruises past the previous anchors of Alpha Male – a 5.13d Vassilopoulos established last year – for 50 more feet to create an endurance monster.

“Gaining the general fitness for this route was the crux for me,” Vassilopoulos wrote in an e-mail exchange with Rock and Ice. “A combination of the hike into and out of Wolf Point, my prior climbing this spring and dedicating myself to this route in particular gave me the endurance I needed.”

New routing at Wolf Point is no easy task either. According to the cliff’s prime developer – Wyoming local B.J. Tilden – cleaning and bolting a route at Wolf Point takes roughly 30 hours of work, as he stated in Caroline Treadway’s feature on the area in Rock and Ice No. 217.

Jonathan Siegrist, a prominent route developer, was quoted in the article, stating, “Wolf Point takes more effort than any other area I’ve developed in my life.”

“Getting in and out of the canyon on any given day can be trying or completely epic depending on conditions and time of year,” says Vassilopoulos. “Climbing at Wolf Point is a all day effort.”

Vassilopoulos explains that he has been visiting the Lander area for 13 years, commuting to the cowboy town from Bozeman, Montana. Eventually, he got wind of the potential for hard routes at Wolf Point.

“Two years ago some good friends and locals of Lander talked about pulling the plug on a new mega crag and wanted to know if I was in,” he wrote. “I said yes!”

However, to establish the Big Bad Wolf, Vassilopoulos needed to cut out the commute, so last fall he relocated full-time to Lander and went to work. 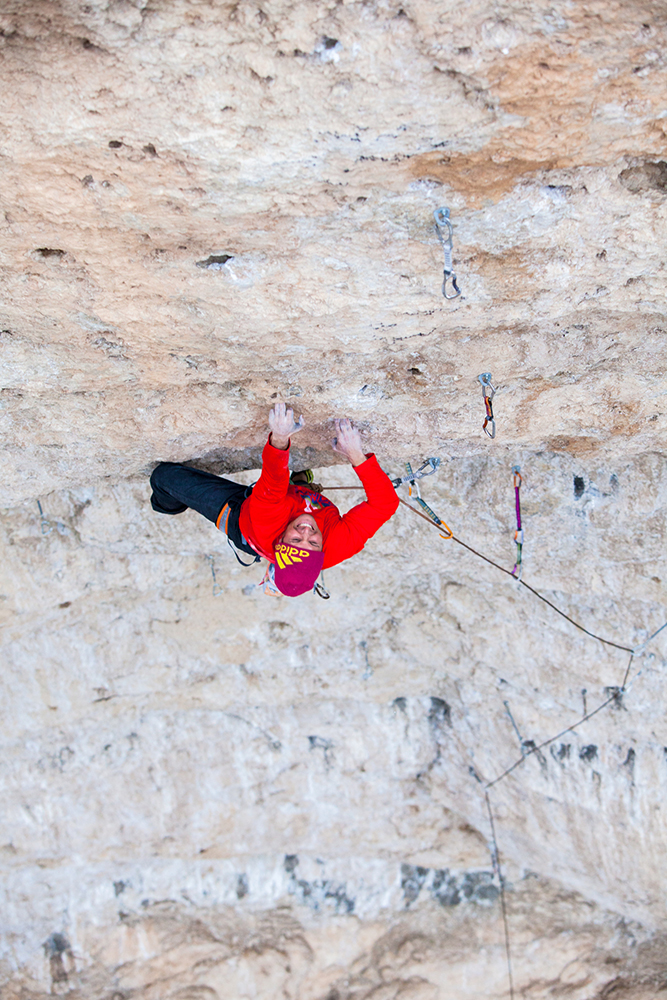 On his days off from managing the Cowfish Restaurant/Lander Brewing Co., Vassilopoulos endured the long approach to Wolf Point, and tried his project.

“It was a very incremental progression,” he wrote. “On the day I made it to the top, I knew it was going to happen at a rest before the crux. It was the first time I had arrived at this point with no pump whatsoever.”

Vassilopoulos says that Big Bad Wolf may not be the hardest route he’s ever climbed, but that it’s certainly one of the best.

“It is all time fantastic and for sure the single coolest route I have established among a very long list of routes,” he wrote. “My good friend B.J. Tilden just repeated it, commenting to me that it might be the single best 5.14a he has ever climbed.”

For more on Wolf Point, Wyoming, stay tuned for the Rock and Ice Bonus Feature launching this Sunday (June 29).