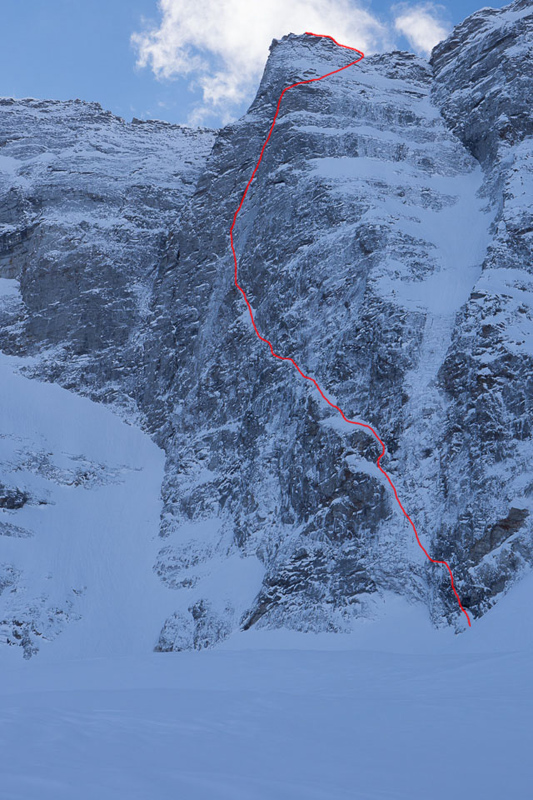 Five days later on March 16, Lama and Auer returned, however, this time they were accompanied by Lama’s frequent climbing partner Peter Ortner. After a two-hour skin to the base of the Sagwand, the trio set off with Auer and Lama leading through the familiar terrain until they reached an ideal bivy spot. With temperatures below -8-degrees, the Austrians settled in for a difficult night.

“We were well aware that we stood absolutely no chance of sleeping,” Ortner told Planet Mountain, “so we just sat down next to each other and waited for dawn to break.”

The next day, Ortner set off and led through unknown alpine terrain that consists of a long corner, ending at the summit snowfield. From the snowfield, the trio simul-climbed to the summit. Finally, the team quickly descended via rappels down the Sagwand’s north face.

Each member of this powerful alpine trio contributed to this bold ascent. Lama climbed the first block of the route and navigated difficult terrain, while Auer skillfully surpassed the loose rock of the route’s second half. Ortner, who followed behind the entire first day, led the team through unknown terrain to the summit of Schiefer Riss. On whether or not climbing in a group of three on an alpine route is preferable, Lama stated: “Maybe climbing in a party of three is a little slower, but for this route it was perfect to climb with Hansjorg and Peter. After leading a few pitches of demanding climbing and with bad pro, you’re happy to follow.” 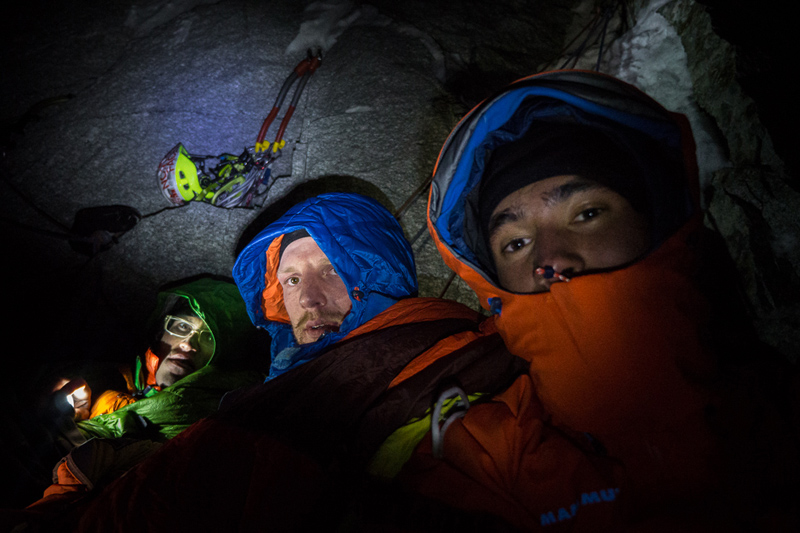