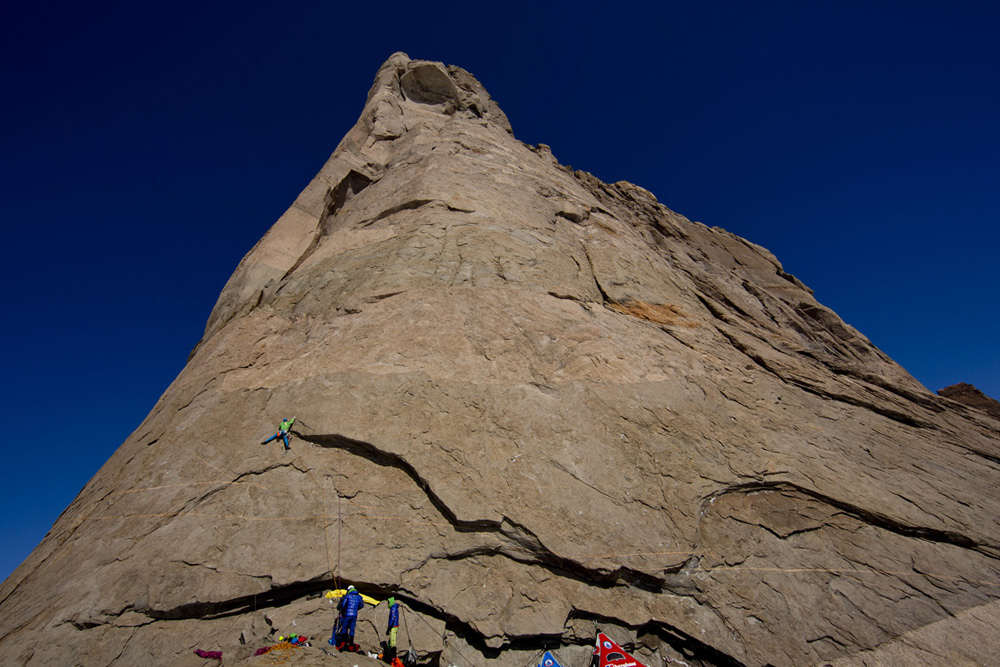 The strong team of Leo Houlding, Sean Leary, Jason Pickles, David Reeves, Chris Rabone and Alastair Lee have succeeded in the first ascent of a major new route on the northeast ridge of the Ulvetanna (2,930m) in the Antarctic. Ulvetanna’s mile long ridge has been described as one of “the last great climbs” on one of the word’s most remote and inhospitable peaks. Their new route involves 35 pitches over 1,750 meters of climbing and is rated E6 6b, 5.12 A2 (C2). Currently, there are four routes on Ulvetanna, including Sound of Silence (5.11- A2, 20 pitches), by Alex and Thomas Huber and Stephan Siegrist in 2008.

Ulvetanna (“the wolf’s tooth” in Norwegian) is the jewel in the crown of the FenrisKjefeten (“the wolf’s jaw”) range of mountains of Queen Maud Land, eastern Antarctica. After months of preparation, the expedition began in late December and reached the summit on January 23 in minus 35C temperatures and high winds. It took two days for the team to descend, stripping fixed gear and ropes. Houlding and Leary had planned to BASE jump from the peak, but were forced to change plans due to the weather.

READ MORE ABOUT QUEEN MAUD LAND: ALEX HUBER’S ACCOUNT OF HIS AND HIS BROTHER THOMAS’ BIG ROUTE ON ULVETANNA.