The North Ridge of Latok I. Photo: Courtesy of Mountain.Ru.

On a July night in 1978, the cook and support crew for the American expedition to Latok I in Pakistan packed up the last supplies—food, tents, gear—into the team’s many bags. Four American climbers had started up the mountain 26 days prior. They were already two weeks overdue; surely they had died up on the mountain.

But then came the unthinkable: “I remember walking towards base camp, and everything looked different,” Jim Donini, one of the four climbers on the expedition, remembers. “I started yelling, and the cook came around the corner and saw me. He started crying. And I started crying. It was like re-entering the world of the living.”

Jim Donini, Jeff Lowe, Michael Kennedy and George Lowe’s attempt on the North Ridge of Latok I is a climb of mythical stature. The climbers were 150 meters

from the summit ridge when Jeff Lowe fell severely ill with a recurrence of Dengue Fever exacerbated by the effects of altitude. Without a word, the
other three climbers turned around to see their friend down.

Their route on the 7,145-meter Latok I remains unfinished, 38 years after they came closer than anyone has since. Dozens of expeditions have tried to put this coveted line to rest. In August of this year, the legendary German alpinist Thomas Huber traveled with a small team to attempt Latok I’s north face. Their expedition took twists and turns that no one would have anticipated, adding a tragic and compelling chapter to the Latok I story.

Along with two other German partners, Toni Gutsch and Sebastian Brutscher,
Huber intended to try a new line on the north face of Latok I, and, barring success there, to attempt the original American expedition’s line on the
north ridge.

As he prepared for his Latok I expedition, Huber contacted Donini, both Lowes and Kennedy. “He had reached out to all four of us,” Donini says. Huber invited all the members of the original expedition to accompany him on his own attempt. Donini and George Lowe accepted. And so, 38 years after their initial attempt, they returned to the base of Latok I as advisors, though their trip to the Karakoram would take a wholly unexpected turn.

Another expedition that season was heading to that same cirque in Pakistan, as well. Kyle Dempster and Scott Adamson—leading American alpinists—arrived several weeks before the Latok I expedition to attempt the adjacent Ogre II. Another of the holy grails of modern alpinism, the north face of Ogre II had repelled an attempt from Dempster and Adamson just one year prior. That attempt nearly ended in disaster.

The two climbers had already retreated from the upper pitches of the north face after Adamson took a massive fall and broke his leg. They had only a few rappels left to reach the ground, when, as Dempster wrote in the 2015 American Alpine Journal, “The V-thread popped and we both fell 90m to
the glacier. Scott had no additional injuries; I had only a bloody nose.” He also wrote, “For weeks and months after our accident I beat myself up
over my mistake and the complacency that nearly killed both of us.”

When Donini arrived at base camp for the 2016 Latok I expedition, he took a short walk up to Dempster and Adamson’s nearby base camp. “Ghafoor, their cook, said he had seen a light high up on Ogre II on the evening of [August] 23rd,” Donini recalls. “This was the 26th, and he had expected them back one day before, but Ghafoor wasn’t too concerned.” Nor, at the time, was Donini. His team had been more than two weeks overdue on Latok I.

But the next day Ghafoor paid his own visit to the Latok I expedition’s base camp. It was now August 27th. “At this point, he was getting worried,” Donini says.

The situation only deteriorated. On August 28, it started snowing in base camp. Things could only be worse for Dempster and Adamson higher up the mountain, wherever they were. “The weather forecast when they went up was pretty good,” Donini remembers, “but it turned out to be kind of bogus, because the weather turned on them pretty quickly.”

On August 29, Donini wrote simply in his journal, “Tried to get heli.” By this point, concern had morphed into a full-fledged rescue operation. Donini, Lowe, Huber and Huber’s two German partners were corralling all their resources to try and find Dempster and Adamson. But circumstances conspired against their efforts. “There was a good weather window, but the Pakistani army”—whose helicopters they would need—“would not fly without money in hand.”

Expeditions to peaks above 7,000 meters in the Pakistani Karakoram are required to have a climbing permit and a $10,000 deposit on hand for a helicopter, as a precautionary measure. Ogre II measures approximately 6,960 meters high, just shy of the 7,000-meter threshold. As such, Kyle and Scott hadn’t acquired a permit and had foregone the helicopter deposit. “Huber ended up switching over our helicopter deposit for the Latok expedition,” Donini says, “but by the time funds were transferred, the weather window was gone.”

“Bad weather, no heli,” reads Donini’s journal entry for Tuesday, August 30. His August 31 entry reads, “Woke up to check weather at 5:30 am,” but visibility was still abysmal.

The cloud cover remained in place for another several days. Even at this point, with the climbers six days overdue, there was still a legitimate, albeit slim, possibility that Dempster and Adamson might be alive. The mountains are full of stories of climbers who have defied the odds, clawed their way
back from the edge and, recalling Donini’s words, re-entered the world of the living.

On September 3, the helicopters finally flew. Thomas Huber made an aerial reconnaissance of the Ogre II’s north face, looking for any sign of the missing climbers. “He knew the mountain,” Donini says of Huber. “He didn’t see anything.”

After that first survey, the rescuers decided to conduct further reconnaissances the following day. On August 4, George Lowe went up in one helicopter and Huber went up in another.

“So a total of three helicopter searches,” Donini says. “And nobody saw anything.” He sighs. “No signs of an accident, no bodies, no equipment. Nothing at all.”

Huber had one other idea, though: to go up and climb the would-be descent route, the northwest ridge. The route, Donini explains, involves going “up into this ice fall, into a narrow little cirque—Huber calls it the ‘Mouse Trap,’ because you’re right under
the Ogre on one side, and Ogre II on the other, so you’re really squeezed in there.” Despite the high objective dangers they faced, particularly when
trying to move fast, Huber and his partners gave it a shot.

But the mountain would not let the Germans through. They spent a couple of days trying to force their way up before turning back. “They never even got up on the ridge, because of the conditions and the serac falls,” Donini recalls. “When they retreated they found a huge serac fall where they had been an hour earlier.” The Germans found no traces suggesting the whereabouts or fate of the American climbers. Donini repeats, “They didn’t find or see anything.”

Without any concrete evidence to the contrary, there still seemed the outside possibility that Dempster and Adamson had managed to retreat some other way. “The only plausible scenario at that point is if they had rappelled down the Biafo Glacier instead,” Donini says. “Huber called up and had our outfitter send three porters up the Biafo to look for Kyle and Scott.”

One last time, Donini says, “They didn’t see anything.”

Thirty-eight years prior, Jim, Jeff, George and Michael had staggered into base camp, miraculously still alive. This year, everyone from the Latok I expedition, Ghafoor, thousands of people following along back in the States, Kyle and Scott’s families and friends—everyone was holding onto the hope that Dempster and Adamson might stagger into camp, too.

Yet there was to be no such 11th-hour miracle this time around. Having seemingly cheated death on the same mountain the year before, Dempster and Adamson couldn’t manage the feat a second time.

We may never really know what happened to Dempster and Adamson up on the north face of Ogre II. A future expedition may discover clues as to what befell the climbers, but it’s just as likely that what transpired will remain unknown. As for Donini, he doesn’t think they got benighted in a storm or anything more gradual: “I think it happened really early on,” he says. “I think it was a traumatic accident, shortly after Ghafoor saw their headlamps on the face. They probably pulled the anchors or something, tumbled down, and got covered by snow.”

Understandably put off by the deaths of Dempster and Adamson, Huber’s climbing partners decided they were no longer ready to attempt Latok I.

Jim Donini, George Lowe and Tom Engelbach attempted a climb of their own on a smaller satellite peak, Suma Brakk, which had been climbed only once before. About 6,000 meters up, Donini says, “It got really cold, and we still had a couple of hundred meters to go on this intricate line. So we bailed.” The three men bivied in a pass at 5,600 meters and made their way down the following day.

With all of the objectives either tried or abandoned, the climbers and the advisors walked out of the mountains and flew home later in September, the lines on Ogre II and Latok I still unclimbed.

Dempster and Adamson’s deaths hit the climbing world like a sledgehammer. Two of the community’s golden boys, always smiling, always up for an adventure, were gone.

Even though the rescuers couldn’t find or save Dempster and Adamson, traces of light come out of such a tragedy. The outpouring of support during the search was monumental. Nearly 5,000 people donated $198,750 in a fundraising campaign called “Emergency Rescue for Scott and Kyle” on the website GoFundMe.com. “I would emphasize that Thomas Huber went out of his way, using his resources—sat phone, contacts, Shipton Treks outfitter—to move heaven and earth to do everything that was possible,” Donini says.

At least for now, both Latok I’s north ridge and the Ogre II’s north face remain unclimbed, their reputations grown that much more ominous. But that doesn’t mean they will stay that way for long. “Huber wants to go back,” Donini says. “And I think Huber’s got the best chance of pulling it off. I told him if I was 25 or 30 years younger, ‘I’d be right there with you.’”

Even though he never reached the summit, Donini considers their attempt on Latok I his most important climb. “We almost solved the puzzle of Latok I,” in 1978, he says. “But if we had done it, no one would remember it.”

Jeff Lowe says of the original Latok I expedition, “It set a standard that is not always adhered to for taking care of your partners, and not letting the
summit be the be-all-end-all. I think our climb on Latok I—early on—was a really good example of taking care of your partners.” Dempster and Adamson were dedicated partners, committed to each other and trusting in the others’ judgement. Dempster wrote in the AAJ after the accident, “Scott
and I are both recovering well from our summer expedition and excited to get back at it when the time feels right.” 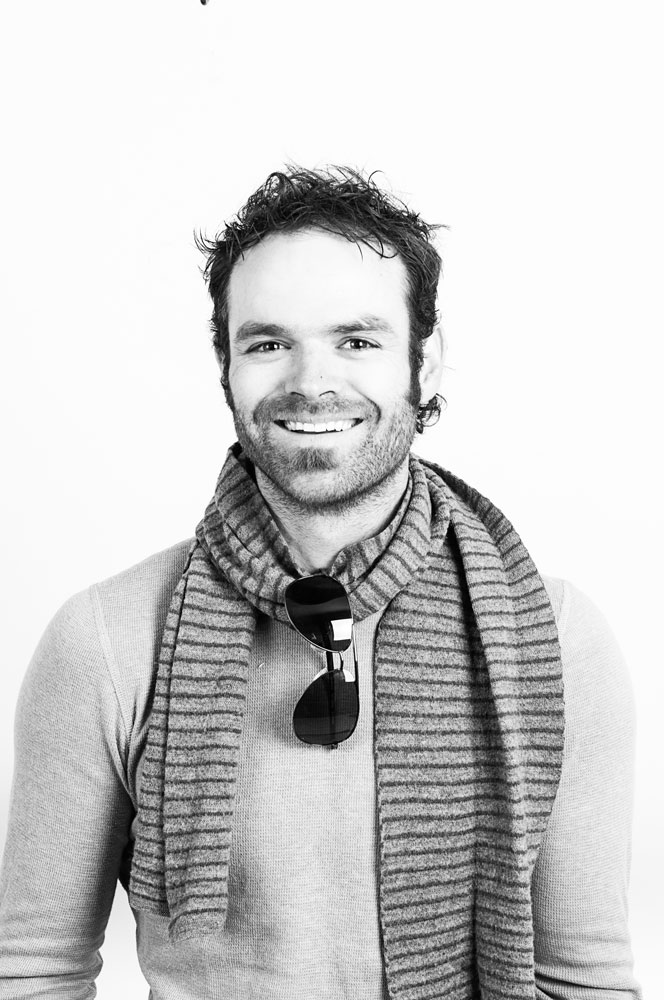 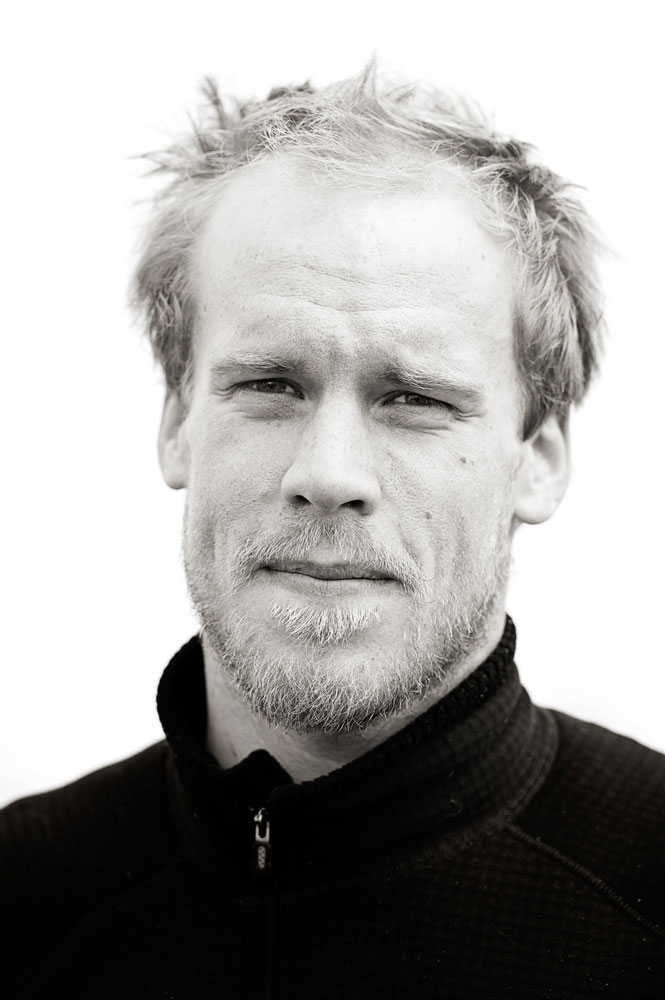