When Polish climbers Marek “Regan” Raganowicz and Marcin “Yeti” Tomaszewski arrived on Baffin Island this March,
they were met by strong winds and temperatures that felt like -50 degrees Celsius. The conditions “forced us to give up,” Raganowicz says. Tomaszewski
went back to Poland, however, Raganowicz carried on, heading further north, alone. 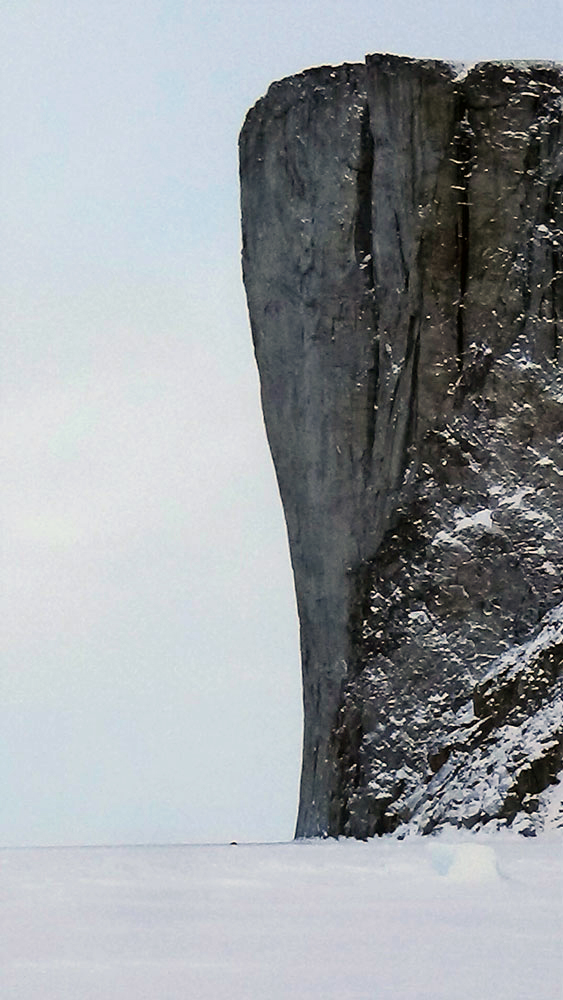 Raganowicz set up camp at the base of the Ship’s Prow, a monstrous big wall looming over the frozen
Sam Ford Fjord at Scott Island. Here, he would spend six weeks alone, amongst the polar bears—which later would ravage through his tent—to
establish two new big wall routes—MantraMandala (VI A3+, 450m) on the East Face and Secret of Silence (VI A4, 600m) the North
Face of the Ship’s Prow.

“I spent a couple of days fixing my eyes on [the] walls and faces around me wondering where it would be possible to lead new lines,” Raganowicz says. “I
found my perfect route but it was still too cold for climbing. In the meantime, I found out that coldness on the east side was bearable for a couple
of hours when the sun shined.”

His main goal was the “perfect” line on the formation’s North Face, but instead of waiting for better conditions, “I decided to pack my gear and start
climbing on the East Face and don’t waste my time anymore,” he says. To add to the difficulty, another priority of his was to establish these climbs
without placing bolts. “I wanted to keep [the] natural character of my routes,” he says.

After 17 days on the wall and 450 meters of climbing, Raganowicz topped out the East Face of the Ship’s Prow, via a new route. True to his word, he didn’t
place a single bolt or rivet, or use fixed lines from the ground. He named his first route MantraMandala (VI A3+, 450m).

After a week’s rest below the wall, Raganowicz was ready for round two—his on the Prow’s taller North Face. “Unfortunately, wind picked up and climbing
became more difficult,” he says. Because of the conditions, he was forced to fix four pitches on the route, and on May 1, he reached the top of the
Ship’s Prow once again, and once again, without placing a single bolt. He named this route Secret of Silence (VI A4, 600m).

“On the last day conditions became worse,” he says, “lots of fresh snow and very strong wind made the descent and carrying bags down quite risky.” 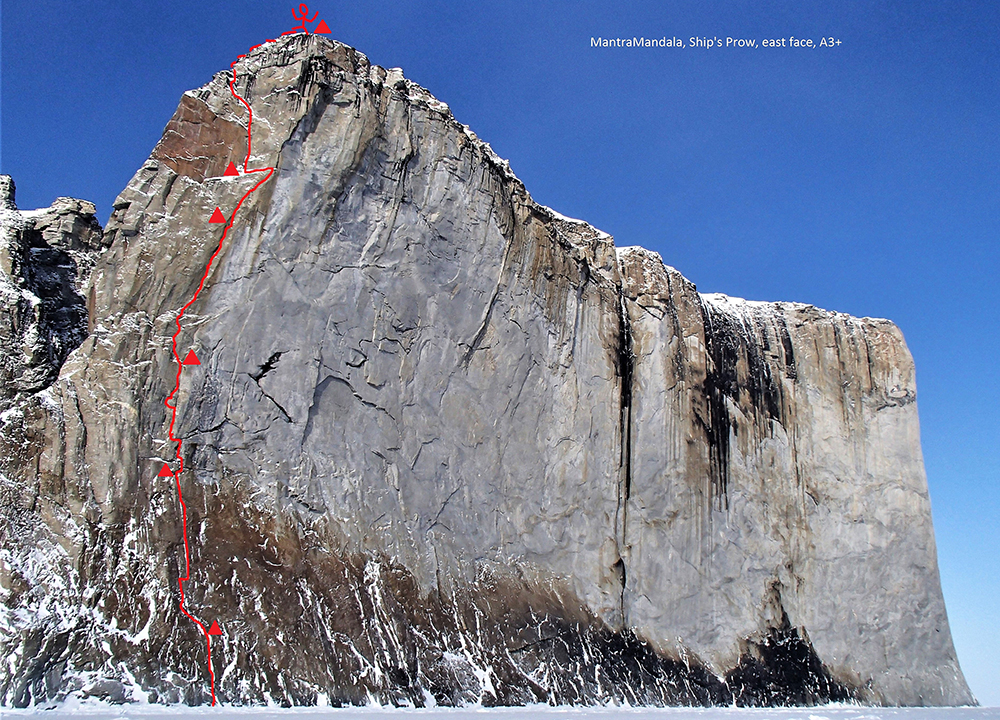 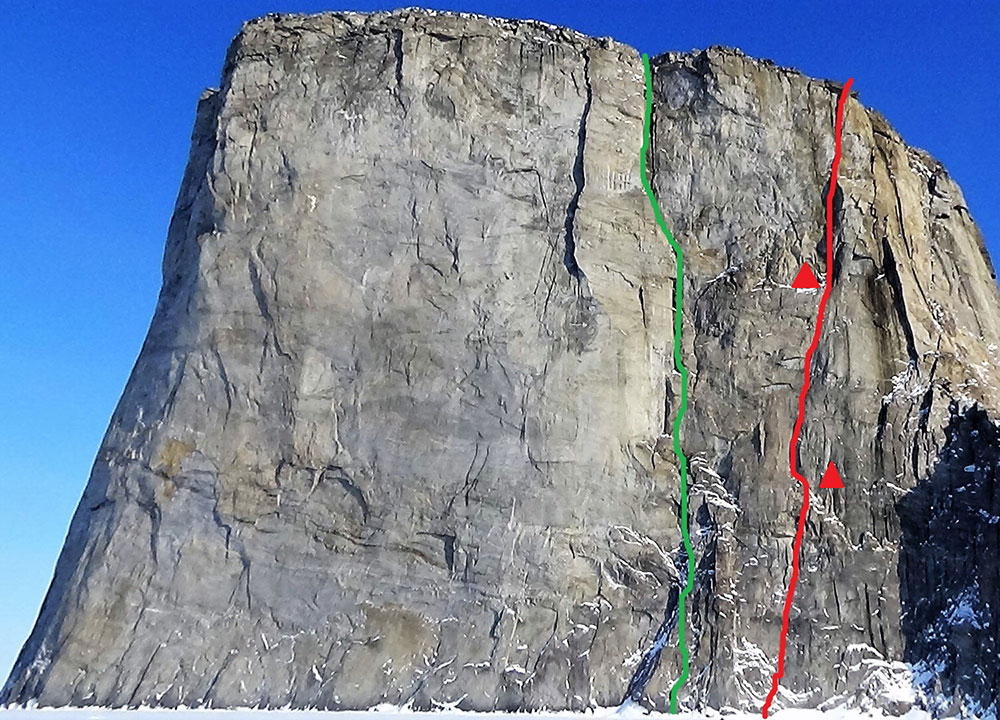 In May 2012, after 24 days on the wall, Raganowicz and Tomaszewski completed a new route on the north face of Polar Sun Spire in Sam Ford Fjord, Baffin
Island. They named the route Superbalance
(VII M7+ A4). “That was the climb of lifetime,” says Raganowicz.

In 2013, over 20 days, Raganowicz and Tomaszewski established a new 46-pitch route on Great Trango Tower (6,282 meters) in Pakistan’s Karakorum range. They named the route Bushido (VII- A4 510d/5.11a) in reference to the samurai code of conduct,
loosely translated as “the way of the warrior”. 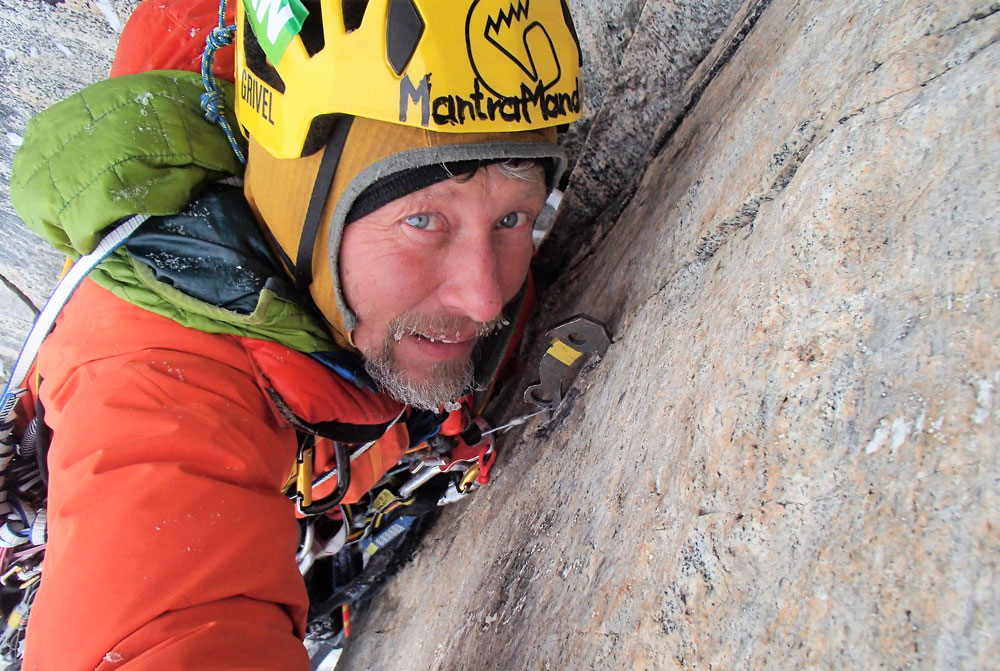 January and February 2015, Raganowicz and Tomaszewski partner again and braved full winter conditions—and
one hurricane—to establish a new route up the near 4,000-foot north face of Trollveggen (Troll Wall) in Romsdal, Norway, which they named Katharsis (VI, A4, M7).

In 2016, Raganowicz completed the first solo, winter ascent of a route on the Troll Wall, the 18-pitch Suser gjennom Harryland (VI 5.10b A3, 2000
feet), over 18 days of snow storms and spindrift, thaws and rain, and temperatures ranging from -10 to 3 degrees Celsius.

When asked if he enjoyed suffering in an interview following his Troll Wall winter solo ascent, Raganowicz told Rock and Ice:

“We do not look for any suffering. We always dream about beautiful winter sunny days and great conditions on the walls, but on the other hand if we want to do some big wall alpine stuff we need to consider the reality and deal with harsh winter conditions, wild nature and our weaknesses.

“We just love big wall alpine climbs and everything that comes with it.”