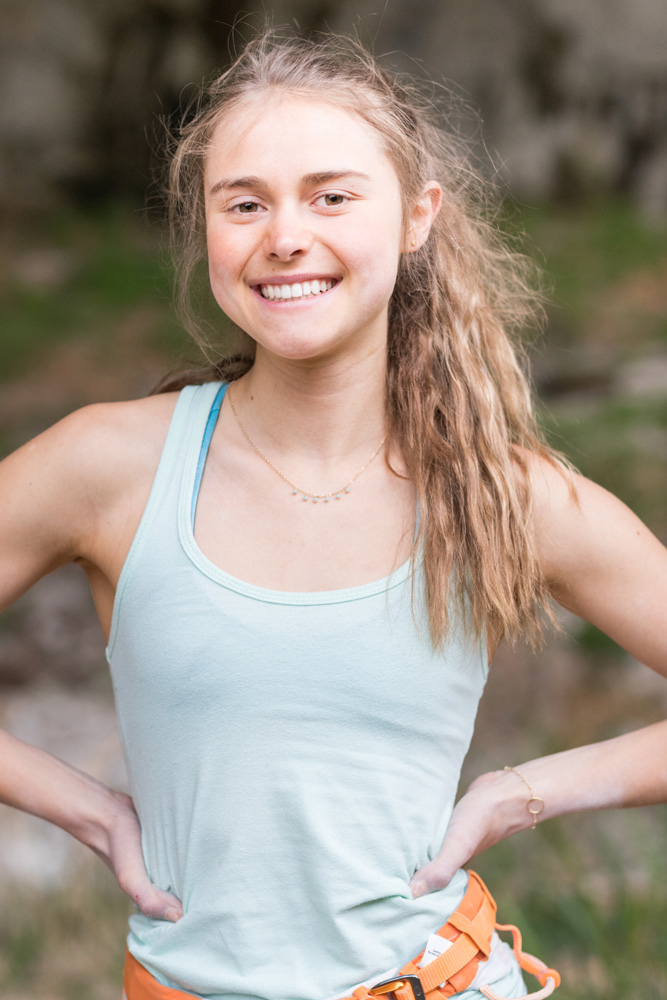 “Hey boys, I’m joining the club. Officially a bad girl,” Hayes posted on Facebook, following her ascent. She joins the “Bad Girls Club” as its ninth member,
and first female.

Hayes, from Boulder, Colorado, spent approximately seven days working the route, she tells Rock and Ice. “There was a mini crux down low, so I
didn’t get up to the top crux every time I tried it,” she says. She only reached the upper boulder problem four times, including the send go. “Each
time moved through the tough move early on, I made sure to make the attempt count.”

BGC is one of the hardest climbs in the limestone canyon, and Colorado. Joe Kinder bolted BGC in 2011 and graciously left it as an open
project before he took off on a world climbing tour.

Matty Hong claimed the route’s first ascent in August 2011 and suggested 5.14d for the grade—the hardest climb in Rifle at the time. BGC quickly
became a sought after Colorado test-piece. The following month, Jonathan Siegrist bagged its first repeat, and Kinder, back in Colorado, finished his
business with BGC for its third ascent.

“It feels great to join the ‘Bad Girls Club!’” Hayes says. “Yes, ironically it was an all boys club, and it needs some women too!

“I am happy to call Bad Girls Club my first 9a [5.14d]; that’s how I wanted it to be,” she adds. “It tested my work ethic and dedication, because
it took me a bit longer than other climbs. The route itself is beautiful to climb. The sequencing flows really well, even through the sections where
you have to ‘flip the switch’ for a hard boulder!”

Hayes says that the crux for her was the upper boulder problem. “It took me a while to figure out my own beta,” she says, “as the big boy beta wasn’t working
for me. I ended up really switching it up, but did still use the knee scum that most of the other guys had used.”

She attributes her success on Bad Girls Club to “a combination of things,” she says. But, “If I were to put one above the others, I think that
my headspace was my biggest asset.”

Hayes has been quickly polishing off Rifle’s hardest climbs. In June, she redpointed The Crew (5.14c), to the right of BGC in the Wicked Cave. The Crew was her second 5.14c
ascent, after Pure Imagination in the Red River Gorge, Kentucky in March.
And last summer, she sent Double Rainbow (5.14a) and Zulu (5.14a) in a single day.

She holds her own in the comp scene as well, both sport and bouldering. In March, she won the U.S.A.C Sport Open National Championships, and in June, placed 15th at the IFSC Bouldering World Cup in Vail.

Though her Rifle season is over—she’ll be heading to university in France this fall—she says that she’s already looking forward to next year:
“I will miss the amazing people there!”