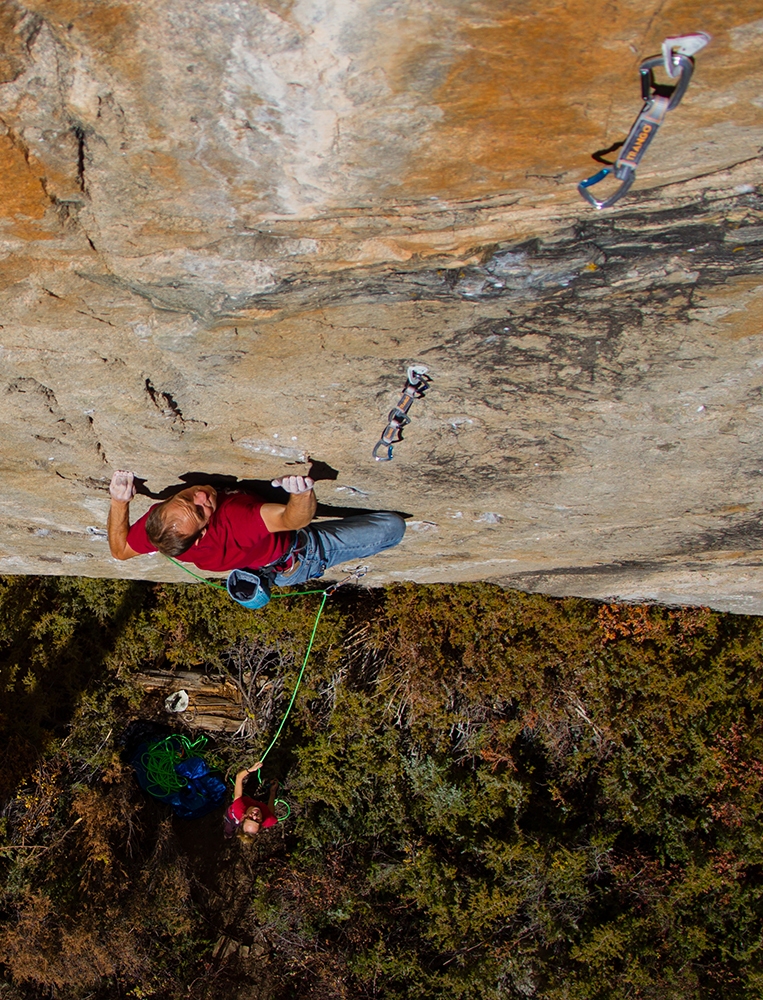 Anderson began working on the route late last fall. Describing the route as “deceptively steep,” linking the crimpy boulder problems proved difficult. At the end of his third session, Anderson had yet to unlock all of the moves, which he says is usually when he throws in the towel on a route. But he felt extra committed to this project.

“I feel like if I bolt the thing, I’m committed, and I have to give it my best effort,” wrote Anderson. “I would hate to leave something I bolted unfinished.”

Eventually, Anderson’s progress on the route came to an abrupt halt, however, when the road accessing Independence Pass shut down for the season. Despite hiking in for a few more burns, Anderson felt he had lost his window for the year, and decided to let the project rest until 2014.

After a successful winter season sport climbing in Clear Creek Canyon with notable ticks, like his third ascent of Mission Impossible (5.14c), Anderson was ready to test himself on the Indy Pass project. Luckily, the road opened ahead of schedule, and Anderson was able to reacquaint himself with the route on May 24.

“The first burn was pretty rough, but I went through the same thing very recently on Mission Impossible, so I was pretty confident it would come together quickly,” he wrote. “My second go went much better, but I was still pretty far behind where I left off.”

To make matters worse, during his second day attempting the route on May 28, Anderson snapped a hold on a “trivial” beginning section of the route to add another “slightly desperate” boulder problem.

But on his third day of attempts, something clicked for Anderson. 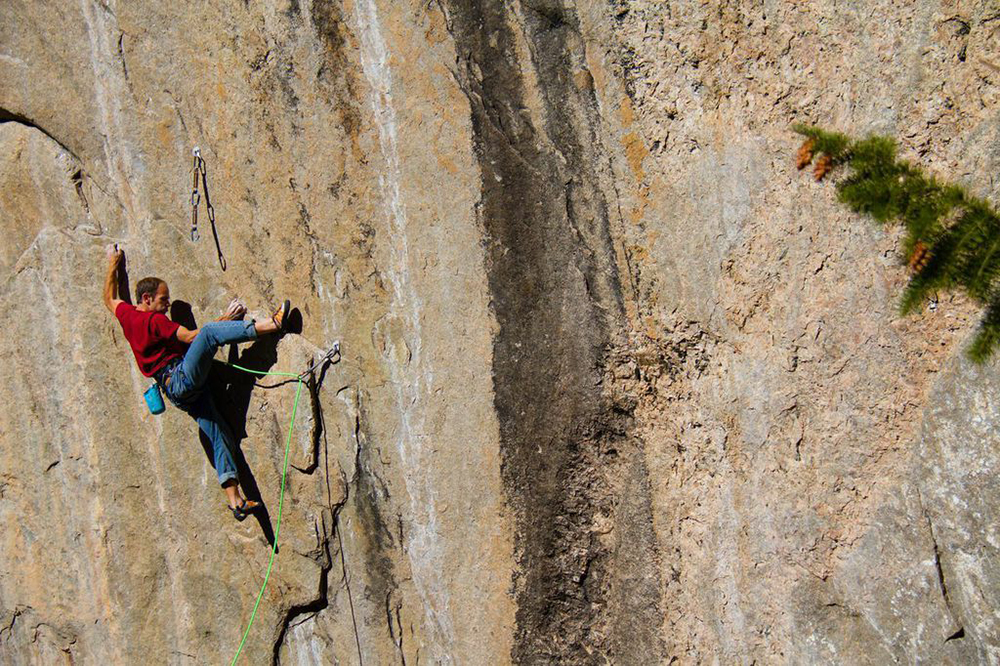