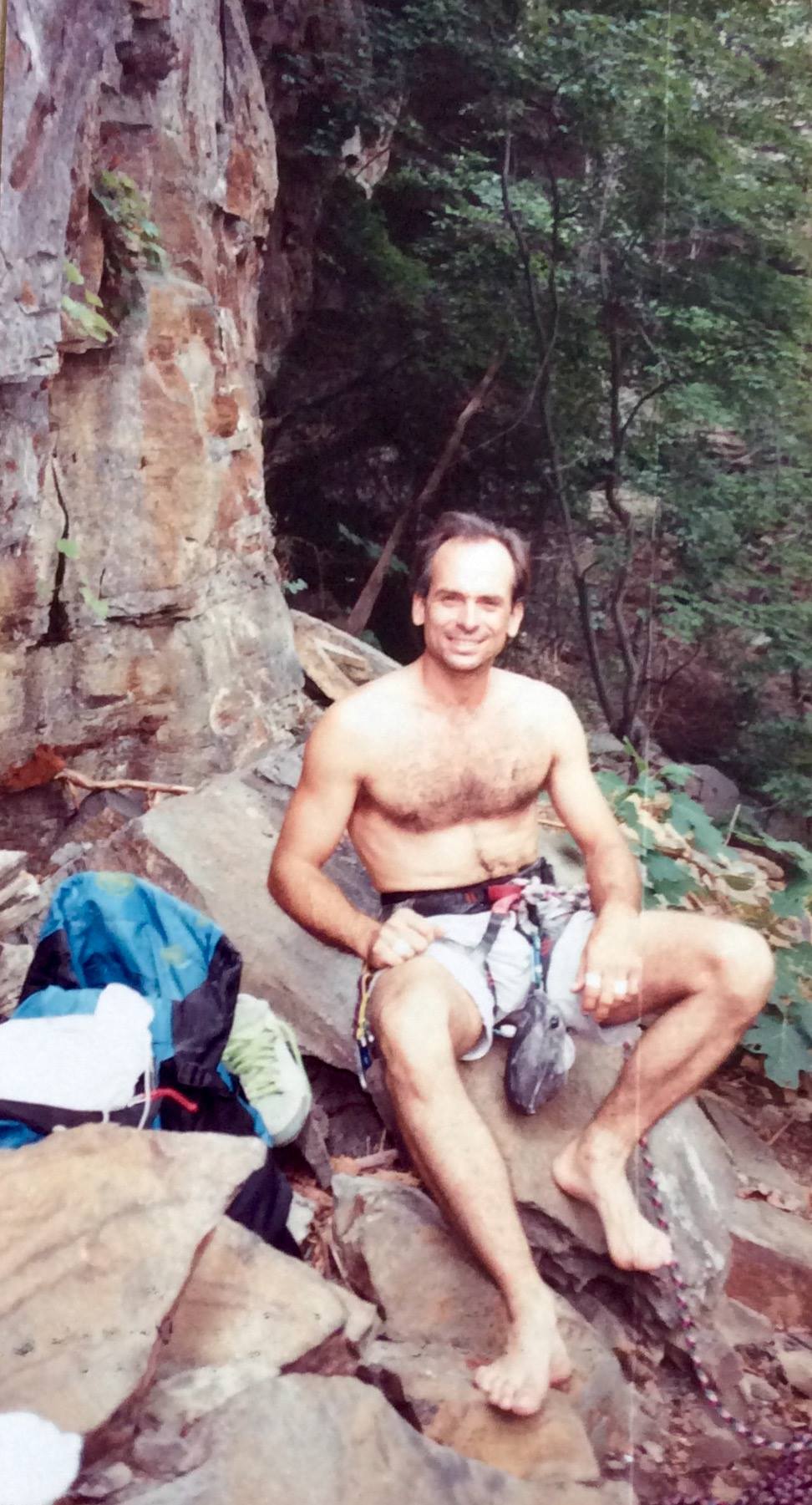 The climbing community as a whole and the Southeast specifically lost a catalyst and figurehead Sunday, April 24, with
the death of Mark Cole, 58, following a long battle with cancer. Mark had a tremendous impact on the evolution of sport climbing in the South and played
an important role in the quirky and close-knit climbing culture.

His first contact with climbing was through traditional routes in areas like Steele, Yellow Creek, Sandrock and Jamestown. His background in gymnastics
led him to be an essential influence in the advent of sport climbing in the South. As an early area adopter of techniques like “hangdogging,” rappel
bolting and even using chalk, Mark was often on the leading edge of development and in the center of the debate on evolving ethics. He pushed the boundaries
of what was considered acceptable at the time and did not shy away from controversy, instigating conversations that helped shape collective agreement.

Mark was an avid route developer and inspirational climber. From early 5.12’s at Steele or Yellow Creek to futuristic 5.13’s and entire areas at Little
River Canyon, Mark had an eye for aesthetic lines, improbable-looking routes and dynamic movement, he established dozens and dozens of lines of varying
grades and styles at numerous crags across the south. Living in Montgomery, Alabama, and driving hours to reach the closest crags, he spent weekends
establishing new routes and battling long term projects.

Mark was committed to training and, in the tradition of John Gill, took gymnastic training and applied it to rock climbing. He built his own large home
wall (the first in Alabama?), and was also instrumental in creating the first large-scale climbing wall in the south, the Sporting Club at Windy Hill
in Atlanta. Mark constructed the first climbing gym in Alabama, and helped usher in sport climbing culture, style and methodology through repping and
distributing equipment and clothing including Metolius, Verve and others. 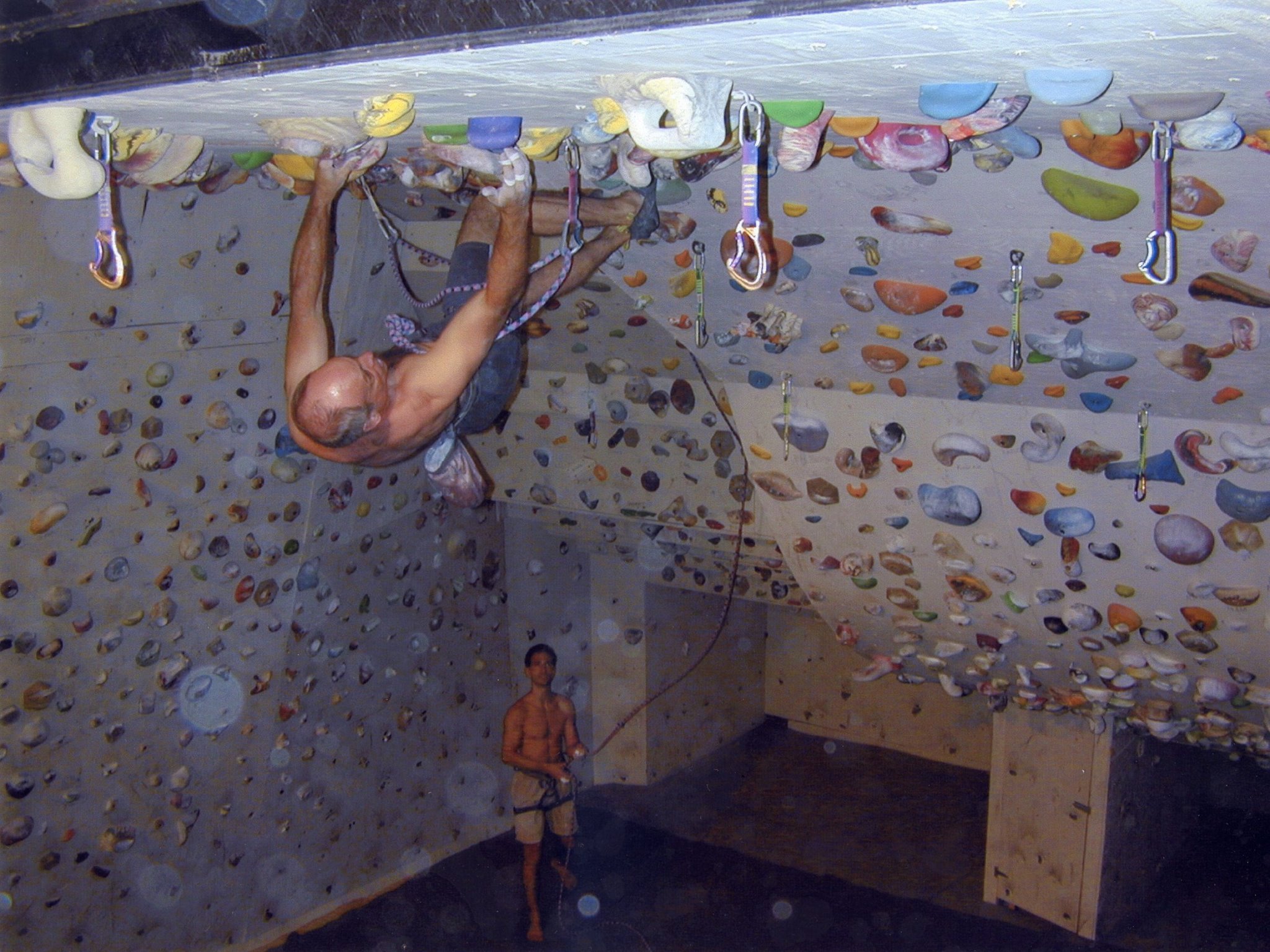 He was a mentor
to many aspiring climbers throughout the Southeast for decades, helping youth as a coach, mentor and training partner. He was essentially a sponsor:
driving to competitions, paying for entry fees and hotel rooms, all while running a successful contracting company for decades. He traveled to events
all over the country and competed in competitions across the Southeastern United States and in California.

Mark hosted international climbers when they visited but declined a guiding job with “Diamond” David Lee Roth when he visited Alabama (Mark didn’t appreciate
Dave’s wild antics…). He climbed with people from all over the country, from the Gunks to Smith Rock, from Russ Clune to Robyn Erbesfield. He
was part of nearly 35 years of Southeastern rock-climbing history and bridged a span reaching from swami-belt traditional climbing to modern indoor.
Mark leaves a wife, three children and a legacy of passion and commitment.

He will be remembered as a great advocate for the sport and a pillar in the Southeastern Climbing Community.