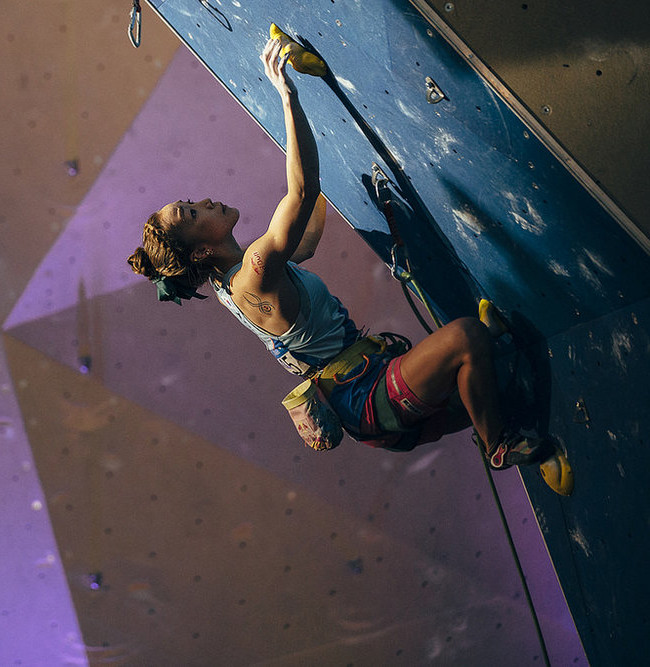 Stavanger, Norway debuted as a venue for the fourth competition of the IFSC Lead World Cup, but the weekend’s podium raised some familiar faces.

On August 22, Mina Markovič of Slovenia and Jessica Pilz of Austria battled for gold, tying with a score of 57. Markovič ultimately claimed first place, distinguished from Pilz (second) by her semi-finals score. Anak Verhoeven of Belgium trailed just behind with 55 points, taking third place on the podium.

All three women have placed in the top three earlier this season, with Norway counting as Markovič’s third win.

Jain Kim of Korea finished fourth and remains a strong contender for the championship, currently ranked second overall behind Markovič.

Magnus Midtbø, Norwegian competitor and commentator for Sunday’s final, predicted the men would face powerful, bouldery sequences in the route’s upper crux. The section stymied every finalist who reached it, but a final lunge from France’s Gautier Supper cinched the day’s high point.

The men’s competition marked a repeat victory for Gautier Supper, taking his second gold of the season after a win in Briançon. Czech Republic’s Adam Ondra followed in second place, falling just a few moves below Supper through the crux. Romain Desgranges of France, Supper’s teammate, came in one point behind Ondra for third place— though he claimed the gold three weeks ago in Imst.

Jakob Schubert of Austria snagged a fourth place finish, keeping him in the running for the championship podium with Stavanger’s top three finishers.

The next lead event of the IFSC season is slated for Puurs, Belgium on September 26-27. 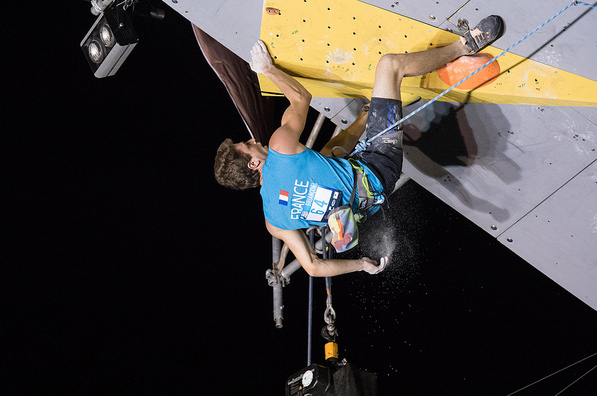