“Such a rowdy line,” Segal told Rock and Ice. “Leading it is spooky and scary. It’s an insecure battle of tenuous lie backing topped off with a huge dyno, all on terrifying micro cams.”

In March of 2012, Hayden Kennedy made the first free ascent of the route (see video below), pioneered by Nick Martino and Eric DeCaria in 2007.

Segal had worked the route for a couple of days with Kennedy back in 2012. This season, he returned with Spark Shop to film the climb (#projectmoab) and after six days of effort, claimed the second ascent.

“It was a battle to overcome the fact that it was a different route for me than it was for Hayden, due to height difference,” says Segal—Kennedy is around 6’ 2”, Segal is 5’ 7”.

For example, towards the beginning of the route Segal had to make four moves where Kennedy cruised through with one. In other places, he found easier beta, as well as better gear.

“I found a little different gear beta than Hayden, which made me more comfortable,” Segal says, “but I would definitely call it an R route. 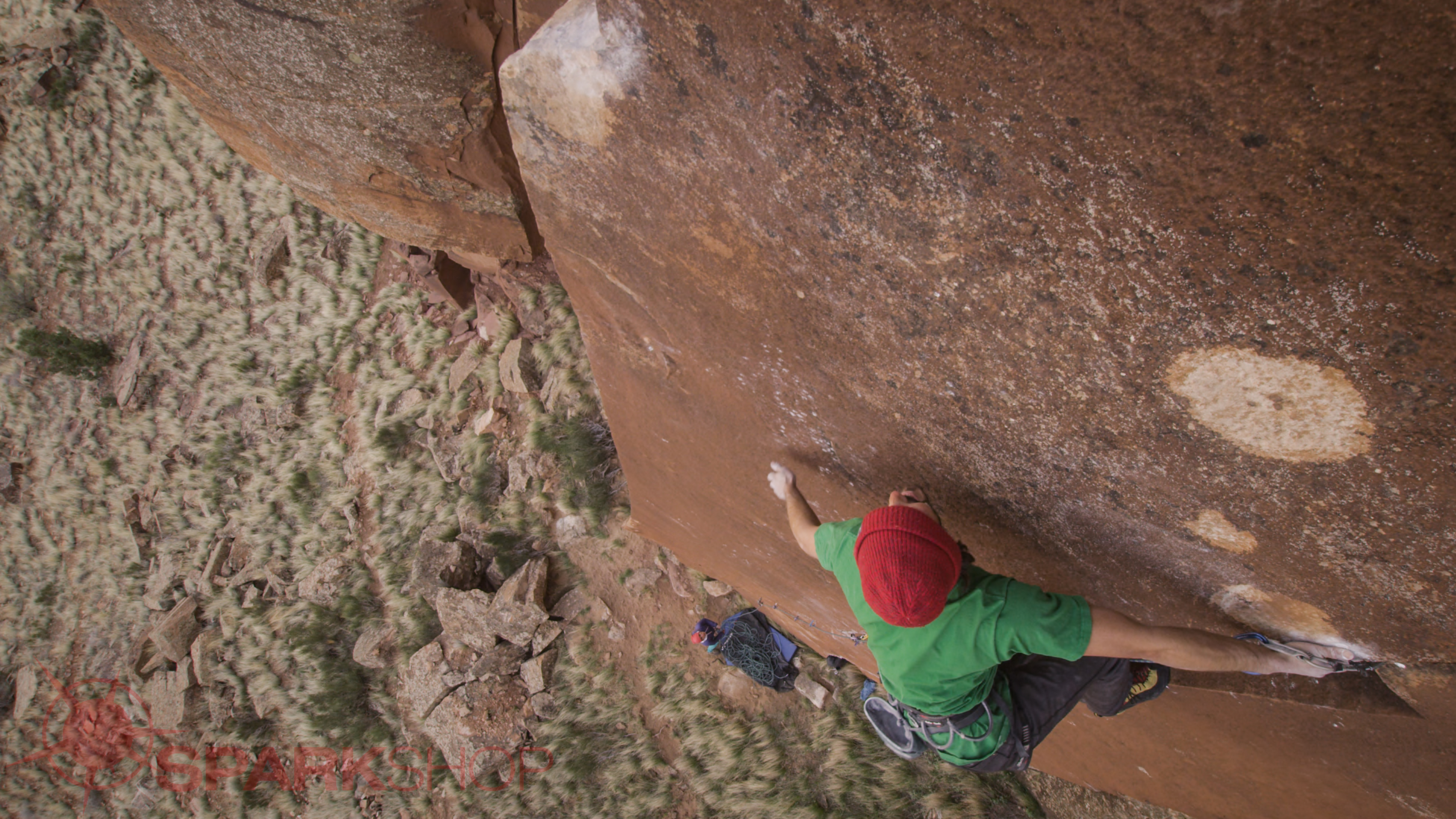 “The dyno was less of an issue for me. I figured out some really sneaky, ninja beta. It’s still a full-on dyno, but right as my left hand hits the top hold, I can hook my right foot to prevent swinging like Hayden.”

On his first attempt of his sixth day projecting, Segal reached the dyno move, “way more pumped than normal,” he says, but managed to pull it off and clip the anchors—first repeat three years after Kennedy’s FA.

Segal will be home in Boulder, Colorado for the next two months before heading back to the Bugaboos of British Columbia, Canada. For the last few years, Segal and Will Stanhope have been after a free-ascent of a splitter, four-pitch finger crack up an overhanging shield of granite on Snowpatch Spire—featured in a photo essay and on the cover of 2014’s ASCENT.

Earlier this year, Segal and Stanhope were in Joshua Tree, California where they claimed the fourth and fifth ascents of Hidetaka Suzuki’s finger crack test-piece, Stingray (5.13d).