Megan Mascarenas takes gold! The 17-year-old Colorado native won her first IFSC World Cup in Vail this weekend during the GoPro Mountain Games. On the men’s side, Nathaniel Coleman, another young-gun and up and coming climber, reeled in the silver for America—his second silver of the year, following the WC in Toronto last weekend.

The competition kicked off Friday with 76 men and 52 women competing in the qualifying round. The top 20 men and top 20 women moved on to Semi-Finals Saturday morning and the field narrowed once again with the top six (seven for men, due to a tie) making it into Finals that afternoon. Spectators in the thousands came out to cheer for the only IFSC World Cup on U.S. soil.

German powerhouse Jan Hojer took gold for men after flashing the third and forth Finals problems. Coleman, a rookie on the World Cup circuit, was hot on his heels, also flashing problems three and four, but Coleman took two tries to reach the bonus holds on problems one and two when Hojer reached both in one go. 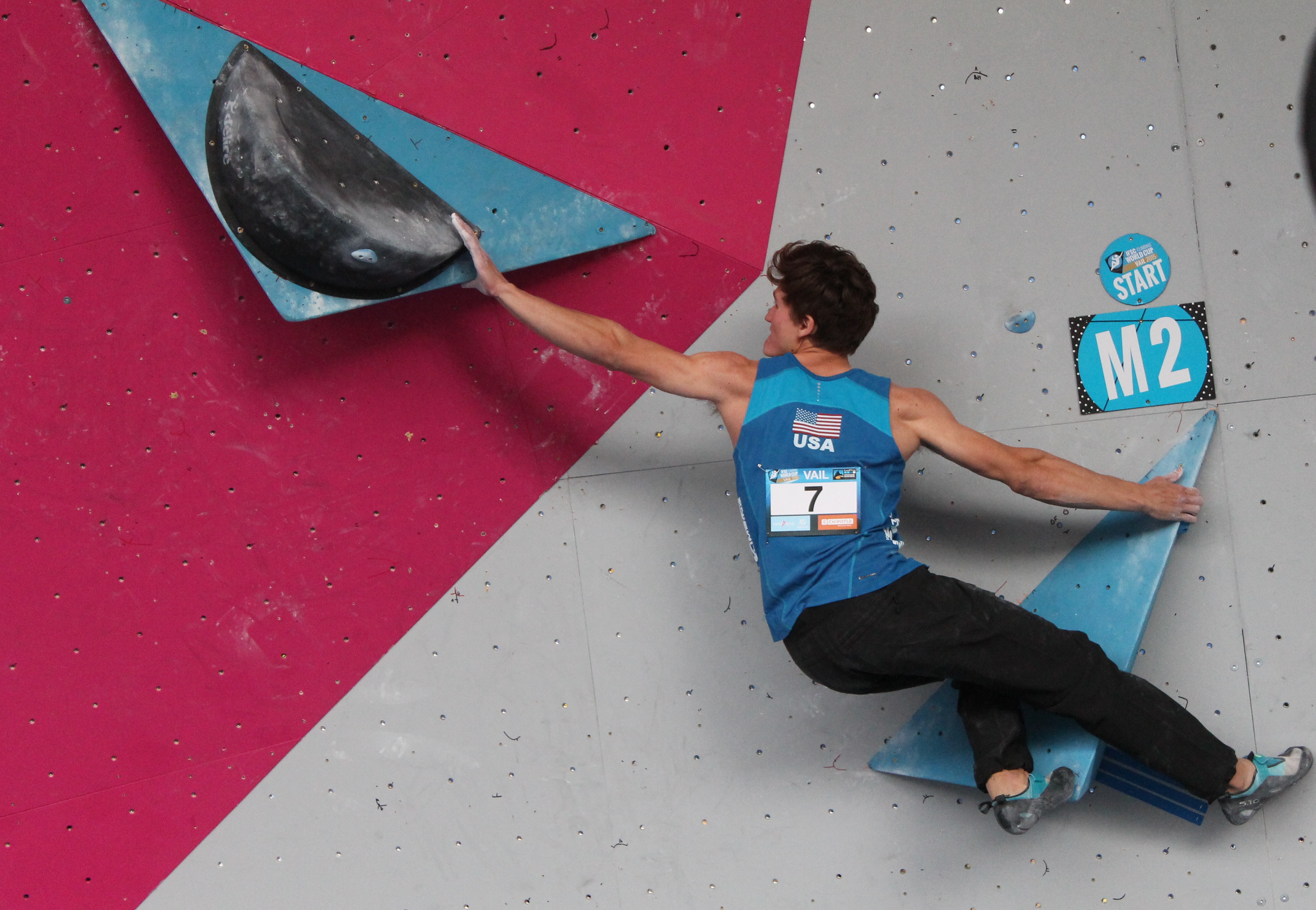 Adam Ondra (CZE) took bronze with three tops—and was the only male competitor to finish problem number two. Ondra, who finds onsighting dynamic moves difficult, took nearly twice as many attempts as Hojer and Coleman to complete each boulder problem.

The day after Finals, however, Ondra went on a sending rampage and flashed Jade (V14)—possibly the hardest boulder flash ever—and Don’t Get Too Greedy (V13) in Colorado’sUpper Chaos Canyon, Rocky Mountain National Park.

Back to the women, Akiyo Noguchi (JPN) took second and Shauna Coxsey (GBR), third, behind Mascarenas.

Home-crowd favorite, Alex Puccio, was unable to compete in qualifiers after injuring her knee while warming up in isolation. Puccio told Rock and Ice that she fell off a short dyno, only about four feet from the ground and landed hard. Despite a torn ACL, partially torn MCL and a possibly torn meniscus, Puccio was hobbling around on crutches among the crowd to cheer on her teammates through Semi-Finals and Finals.

Puccio was surprisingly positive about the injury and invites everyone to follow the journey of her recovery. She’ll be back to sport climbing in two to three months, and bouldering at four to six months.

“Setbacks can be very hard, but you must not give up!” Puccio wrote on Facebook. “Keep pushing to your goals, if you don’t give up you will make it!”

Anna Stöhr, another podium potential and 22-time World Cup gold medalist from Austria, was injured in the competition as well and was unable to finish. She heard her finger “pop,” while climbing Women’s Finals problem number two and decided not to press on, taking fifth overall in the competition.

Climbing star Sasha DiGiulian was at the competition, but as a spectator not a competitor. She told Rock and Ice that she’s sitting out on this World Cup season to focus on outdoor projects.

“You can’t really do both,” says DiGiulian. “The styles are too different.”

DiGiulian will be climbing in France, Tuolumne (California), Brazil and possibly on the Eiger in Switzerland this summer.

The next IFSC Bouldering World Cup will take place in Chongqing, China June 20-21. 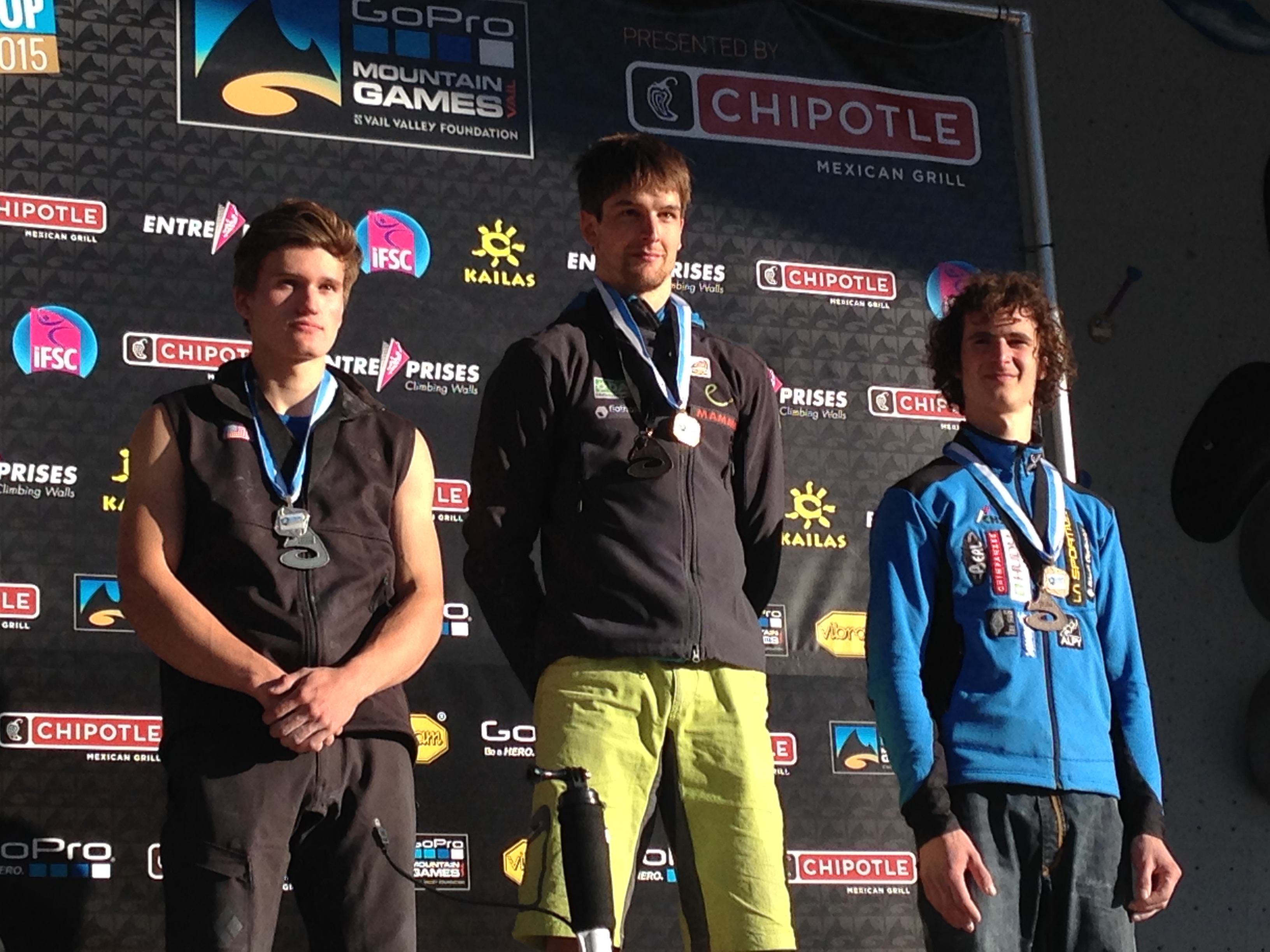 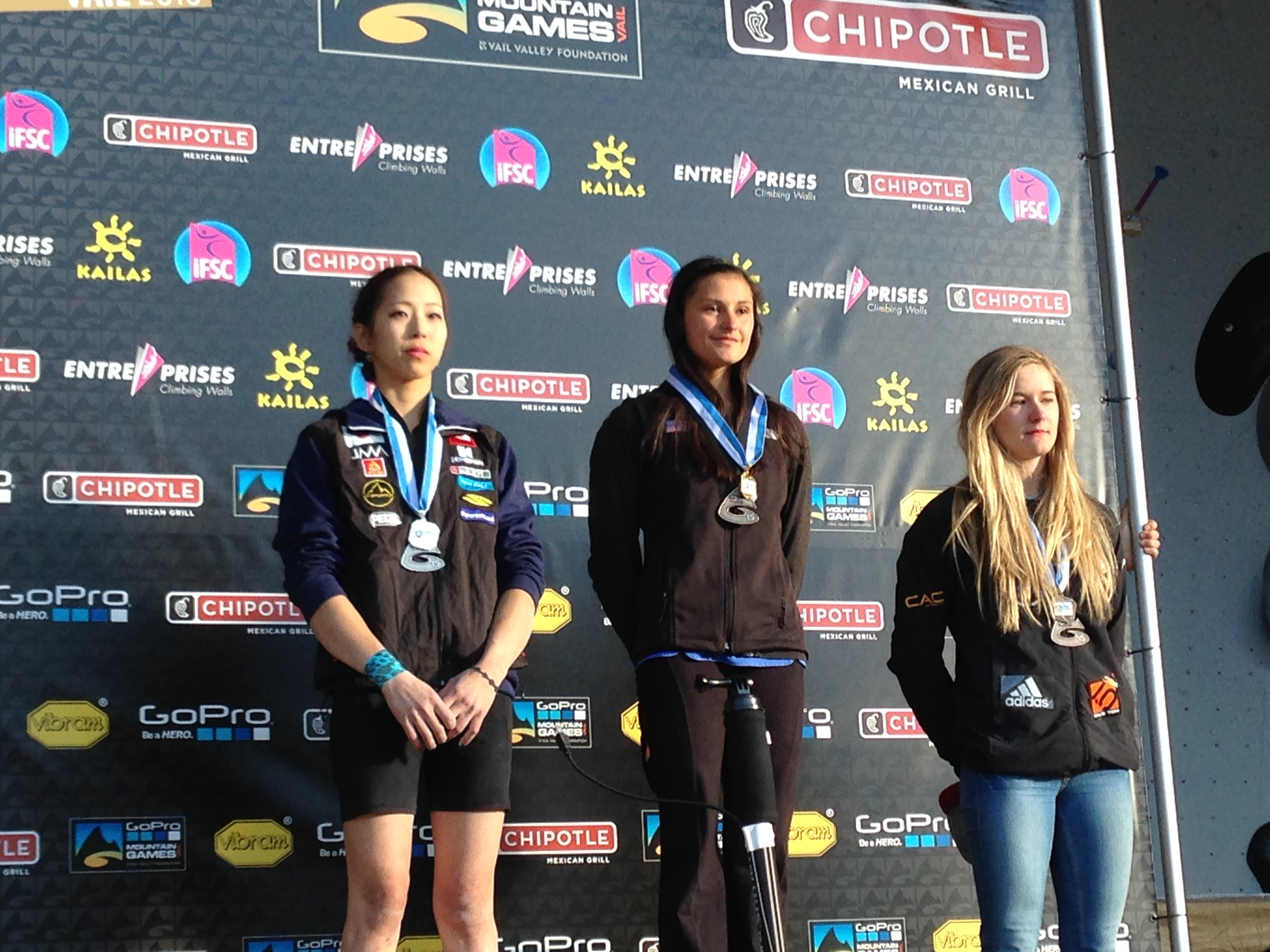 Pick up the latest issue of Rock and Ice, number 227, to read the Spotlight on Megan Mascarenas.