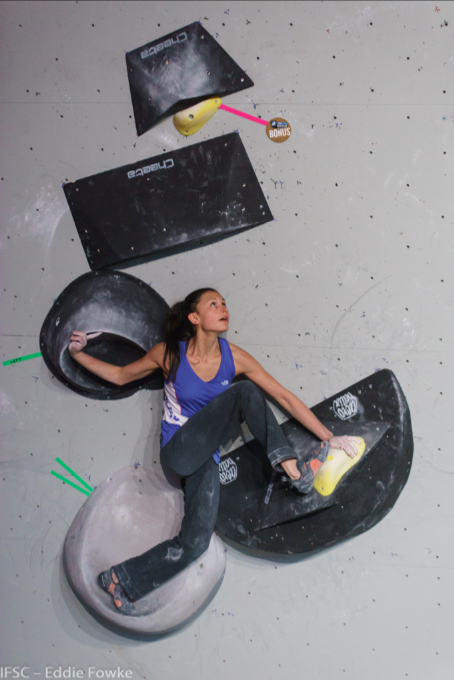 The 2016 IFSC Boulder World Cup season kicked off this weekend in
front of a capacity crowd in Meiringen, Switzerland. From April 15 to 16, boulderers from around the world competed, both new and old faces ended up
on the podium.

“Absolutely ecstatic to share the podium with Melissa [Le Nevé] and Shauna [Coxsey],” American climber Megan Mascarenas posted on Instagram. Mascarenas
took third place with 65 points behind Le Nevé of France in second with 80 points and Coxsey of Great Britain in first with 100 points.

Mascarenas’s finish in Meiringen moved her up to fourth place in the world cup rankings. She also finished in third at her last world cup event in Munich,
August 2015, and first in Vail, Colorado, last June—the
only world cup event held in the United States.

The men’s finals was unpredictable and the three podium spots went to Alexey Rubtsov of Russia, Martin Stranik of the Czech Republic, and Jorg Verhoeven
of the Netherlands. Rubtsov earned 100 points for his first place finish and Stranik and Verhoeven earned 80 points and 65 points. All three men were
ranked outside the top 10 last season.

In 2015, Jongwon Chon of South Korea was ranked first, followed by Jan Hojer of Germany and Adam Ondra of the Czech Republic. Chon finished 17th this weekend
and Hojer finished ninth—Ondra did not compete.

Though many American climbers did not compete in this World Cup, seven made it to Meiringen to represent the country. In the men’s division, Josh Larson
placed 33rd, Benjamin Hanna placed 53rd and Christopher Smith placed 79th. In the women’s division, Margo Hayes placed
18th, Sierra Blair-Coyle placed 27th and Juliana Price placed 59th.

The next World Cup Bouldering competition is in Kazo, Japan, April 23-24. Check back for live streaming and results. 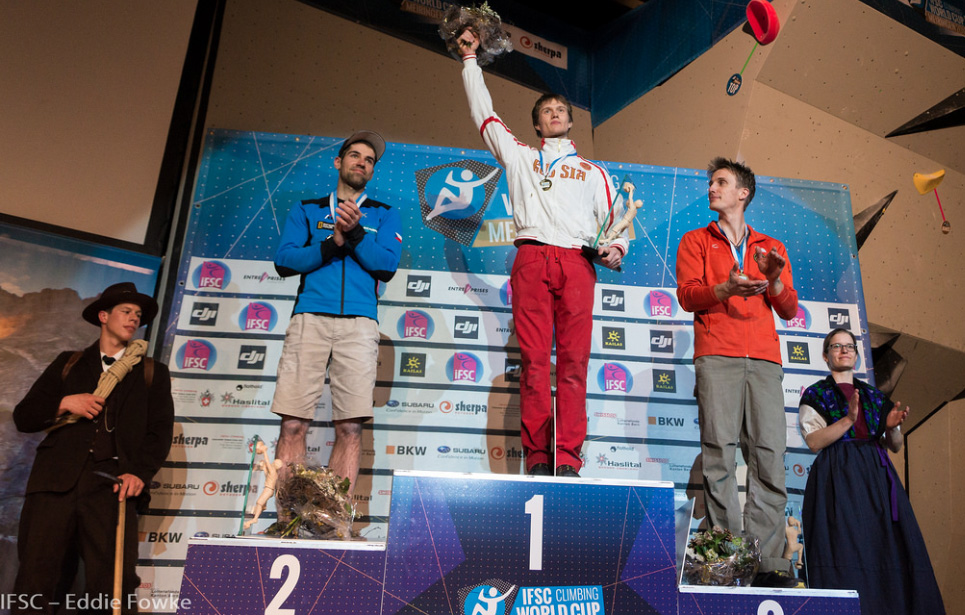