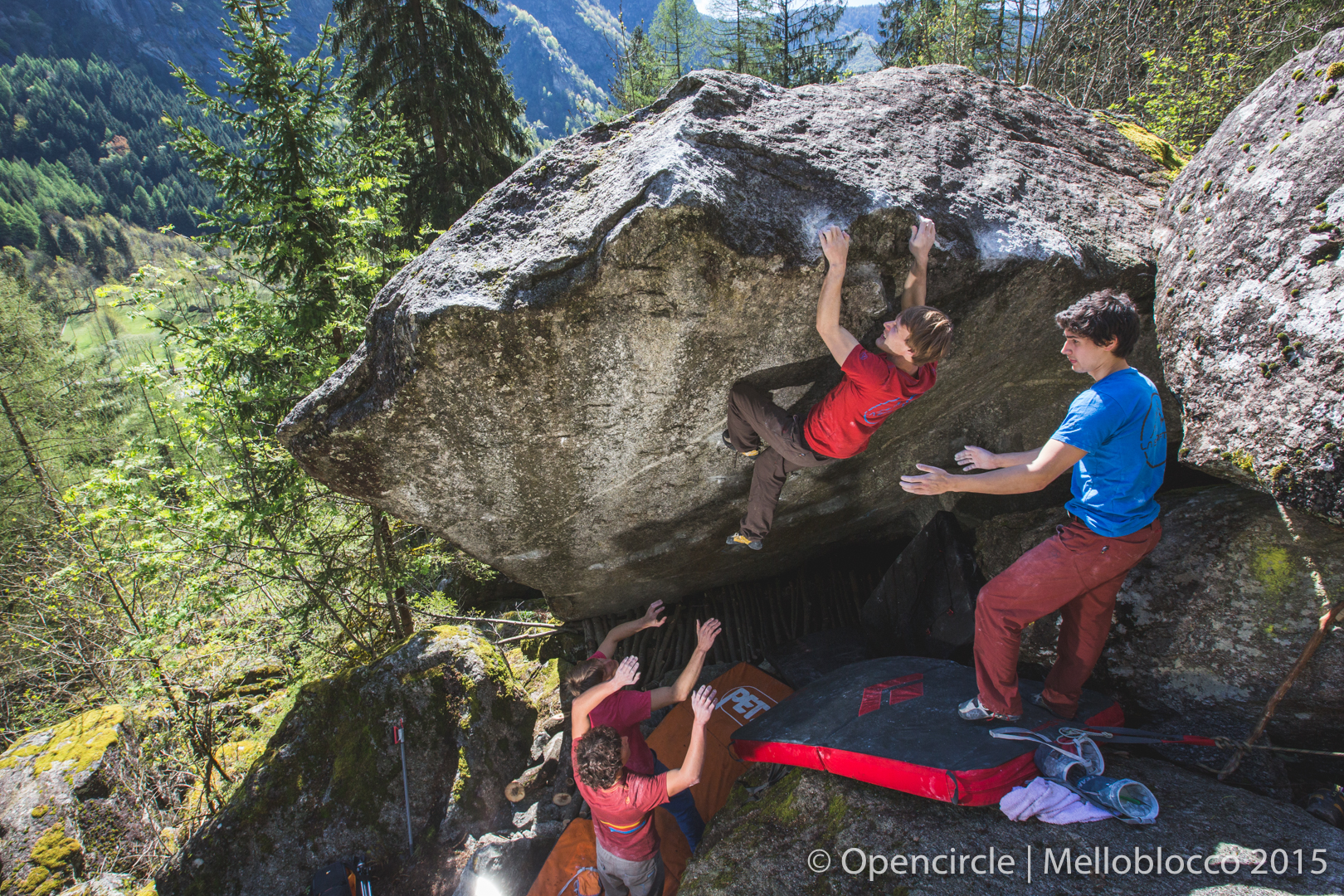 The festival culminated in a grand finale on Sunday with a four-way tie in the men’s category and a Janja Garnbret win for the women. Garnbret topped-out on seven of the 10 hardest boulders for the women while Katharina Saurwein followed by topping out on six.

In the men’s category, Anthony Gullsten jumped to an early lead, completing 9 of the 10 most difficult problems for the men. But late-in-the-day comebacks rewarded Adam Ondra, Stefano Ghisolfi and Martin Stranik a spot on the podium with Gullsten.

The 12th season of Melloblocco came to a close Sunday night with an awards ceremony and party. Since it began in 2004, the competition has slowly gained popularity, with climbers now representing 25 different countries.