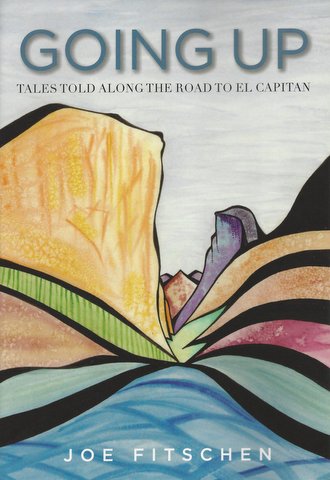 In 1960, on the second day of the first ascent of the North Face of Lower Cathedral Rock, Royal Robbins, Chuck Pratt and Joe Fitschen gazed up at a skyline slab. The near side looked junky, but the three hoped the other edge was of better rock.

Fitschen describes the crossing in Going Up: Tales Told along the Road to El Capitan, his memoir of the early days of big-wall climbing, mostly in the 1950s. The era culminated in the first continuous ascent of El Capitan, by Robbins, Pratt, Fitschen and Tom Frost.
On Lower Cathedral that day, Robbins led on, and Fitschen climbed second. Fitschen’s book recalls the scene: “As I move, grains of sand come down like a small rain from the upper reaches. I gently hit the slab with the palm of my hand. It’s three hundred feet high, at least thirty feet wide, and from five to ten feet thick. And it vibrates, resonates in response to the question I had asked of it.
“‘Royal.’ I’m almost whispering even though he is still twenty feet away. ‘This thing is loose.’
“‘I know,’ he responds. Instead of his calm acceptance in the face of adversity that I have come to rely on, there is an edge, a tenseness in his voice. ‘Be very careful. And don’t tell Pratt.’”
Today Fitschen, who lives in Manhattan, is still a crusader of sorts. “I don’t like what Amazon is doing to the publishing industry,” he tells Rock and Ice. “So for now I am throwing a small pebble at them by not having them offer the book.”

You can, however, find this 427-page hardcover at www.joefitschen.com. The price of $32 includes shipping.

In the foreword, the author-climber John Long has written:

“Often, the projects that last, that have legs, are quietly received and trotted out on a much smaller scale, owing to timeless content. … These are special books that talk directly to us.
“This is such a book.” 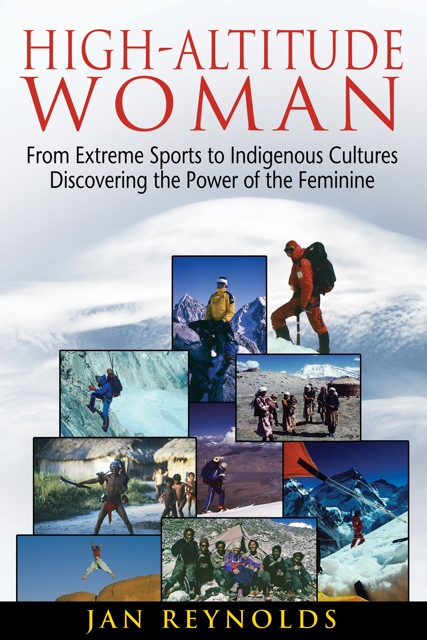 • Jan Reynolds was a prominent expeditioner and ski mountaineer in the 1980s and 1990s, traveling to the Himalaya, the Sahara, Arctic and Amazon, often as the only female in a group. She sought both athletic mountain adventure and to study indigenous cultures such as the ancient salt traders of Tibet.

Looking back, she has penned High Altitude Woman/ From Extreme Sports to Indigenous Cultures/ Discovering the Power of the Feminine.

In a note to Rock and Ice, she writes: “What’s important about this book that I’ve written, just out, is that I’m old enough to take the hits now, and just say point blank, this book is about the difference in the way men and women think, speak, and behave. Yup, we’re different …. I back up my anecdotal stories with real data and social science.”

She pegs the book as “adventure meets self-help” and adds, “The important thing is to understand the differences to work better together.” 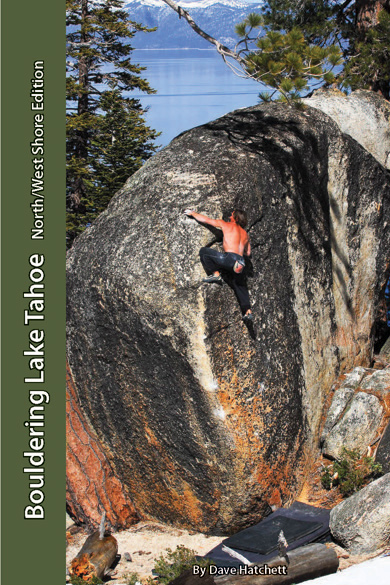 • Bouldering Lake Tahoe North & West Shore Guide by Dave Hatchett, one of the two Hatchett brothers whose Standard Films have produced over 20 high-quality snowboarding films. The 540-page paperback covers over 3,200 problems in North Shore Tahoe bouldering areas such as The Firestones, Rainbow, Donner Summit, Castle Peak, Old County, Bliss, Voodoo Stones and the Sugar Pine Complex. Slated next in this three-part a series of guides is South/East Lake Tahoe Bouldering in spring of 2014, with Bouldering Lake Tahoe/Outlying Areas Edition a year later, in 2015.

Says Hatchett, “Lake Tahoe is full of incredible boulders. The only problem was no one knew where to find them.”

With a total of 8,000 or 9,000 problems at 50 different spots to document, he at first found the series project daunting, but concludes, “The process has been a great experience and I have gotten to tour many spots I probably never would have seen otherwise.”
See http://kdanielspublishing.com, $42.50.

• Granite Climbs of Missouri, by Jim Thurman,
http://jmissouri.com/product/granite-climbs-of-missouri, $34.95. This 212-page paperback covers the Silver Mines, Millstream Gardens and Amidon, all an hour and a half south of St. Louis, showing 420 routes (275 of them moderates), with info on underdeveloped areas. 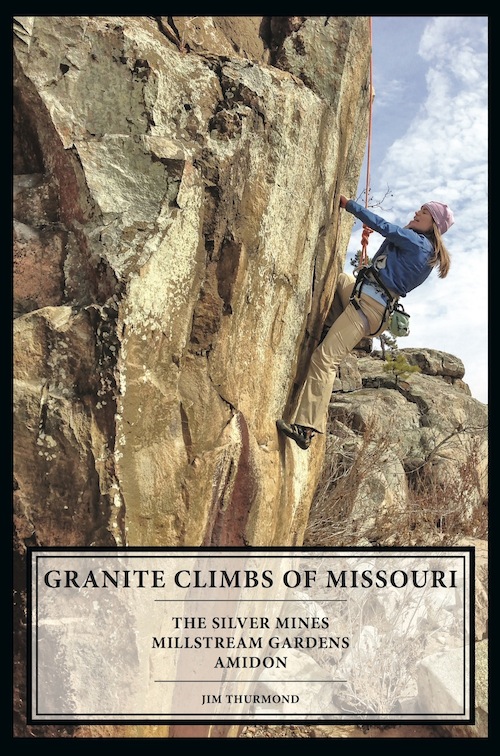 • A Climber’s Guide to the Sonora Pass Highway, Second Edition, by Brad Young and Steve Dawson. This six-year effort is a 568 (what?! yes)-page guide to the 70-mile stretch of the Sierra Nevada along route 108, north of Yosemite and south of Lake Tahoe. Includes a variety of genres—sport, trad, short, long, bouldering—and rock, though the preponderance is granite. http://maximuspress.com, $42.

And, updated from previous book lists on rockandice.com:

• As anticipated in our last list the 432-page Chattsteel by Micah Gentry, about the long-famous sport climbs that ring the city, is now out and in distribution. A release party will take place on October 11, coinciding with a Reel Rock showing, gym opening, and the River Rocks festival. See www.rockerypress.com.

• As noted in the previous list, The Mountain: My Time on Everest: the Irresistible Lure of the World’s Highest Peak by Ed Viesturs and David Roberts, will be available on October 8, www.simonandschuster.com, $27. Of Viesturs, Jon Krakauer, author of books including Into Thin Air, once wrote: “[Ed Viesturs has] demonstrated that it’s possible to climb the world’s highest peaks without taking reckless chances, and without sacrificing one’s honor or integrity. He has never hesitated to help other climbers in need, even when it meant putting himself in danger or sacrificing his own opportunity to achieve a summit.”

Viesturs remains the only American to climb all 14 of the world’s 8000-meter peaks, done without oxygen, finishing his mission on Annapurna in 2005. He has climbed Everest seven times during 11 expeditions. This memoir is a hybrid, in large part about Everest expeditions that preceded Viesturs’ own.

If you have recently published a guidebook or climbing/mountaineering book of which we are unaware, you are welcome to post information below. Please give title, website/price and a thumbnail description.