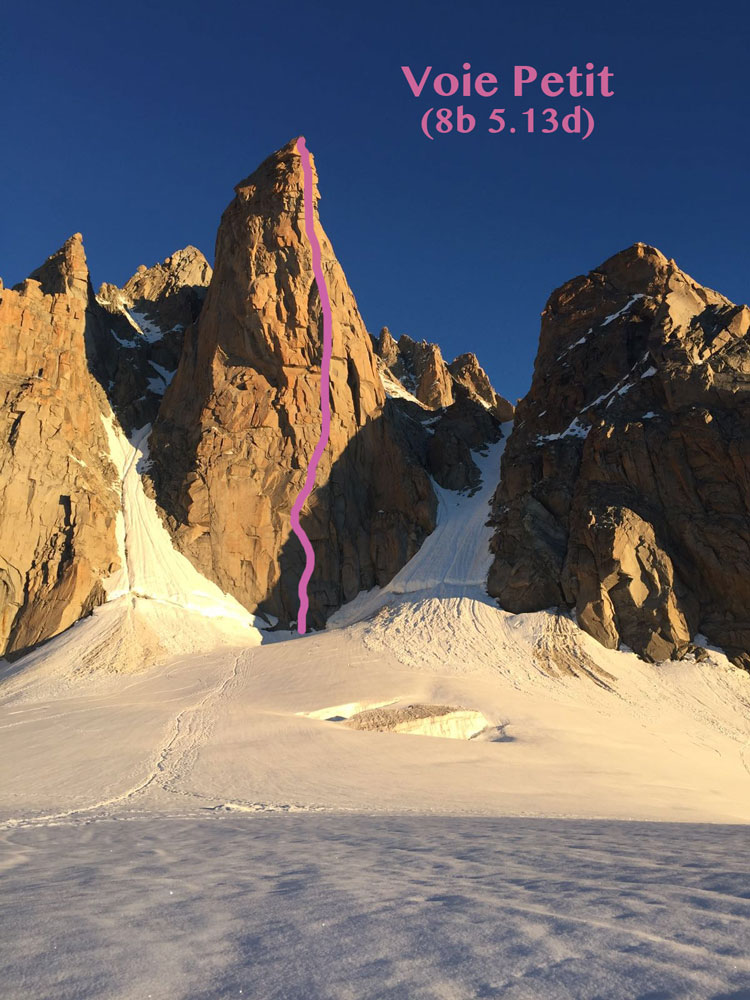 Alpinist trip report,
Huber wrote, “This route may be the hardest at this altitude in Europe.”

Kemeter, who holds six slackline world records including the highest altitude highline (12,368 feet) and longest waterline record (820 feet), first
tried Voie Petit with Sims, an American doctor, three days before their successful ascent. The team struggled to redpoint the crux pitch
(8b 5.13d)—nearly forty meters long, with a ninety-degree corner capped by a four-meter roof, five pitches from the start—before rain and
snow forced them to descend.

Caroline Ciavaldini, a former sport world cup champion from France, was also on the wall attempting
a two-day free ascent while Kemeter and Sim rallied for a second go on the route. After training for over a year, Ciavaldini, who topped out mere hours
before Kemeter and Sims, cinched Voie Petit’s first free female ascent, and the first free ascent since the route had been altered.

The original 1997 Petit-Bodet ascent used natural protection on the easier pitches, but equipped the 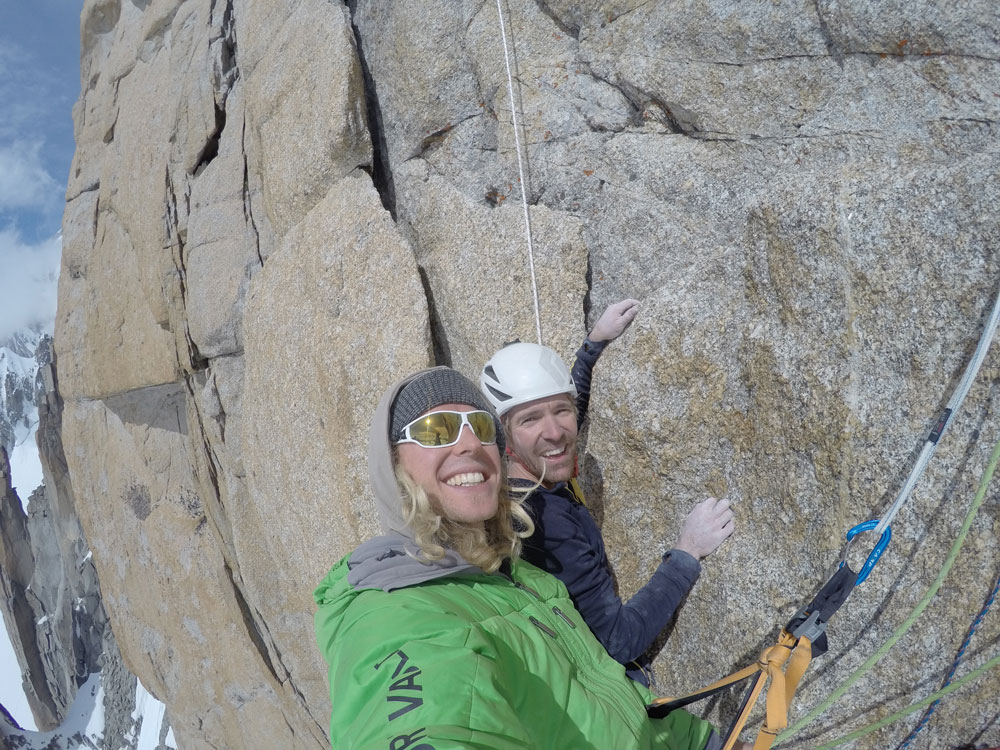 harder pitches with pitons and bolts. Huber also used these bolts during his free ascent, however, some vital bolts were chopped before Ciavaldi and
Kemeter attempted the route.

“It’s a little bit more spicy now,” Kemeter and Sims confer. “It just made it more exciting to climb, not being able to fall at some parts. Alpine style!”

Once the weather cleared three days after Kemeter and Sims’ initial attempt, they roped up for a second try. This time Kemeter sent the crux pitch on his
second go, and then onsighted the rest of route, except for the 10th pitch (8a 5.13b), which he sent on his second try. Kemeter reported that at least
one pitch (7b+ 12c) was completely wet, and most of the rock conditions were suboptimal. 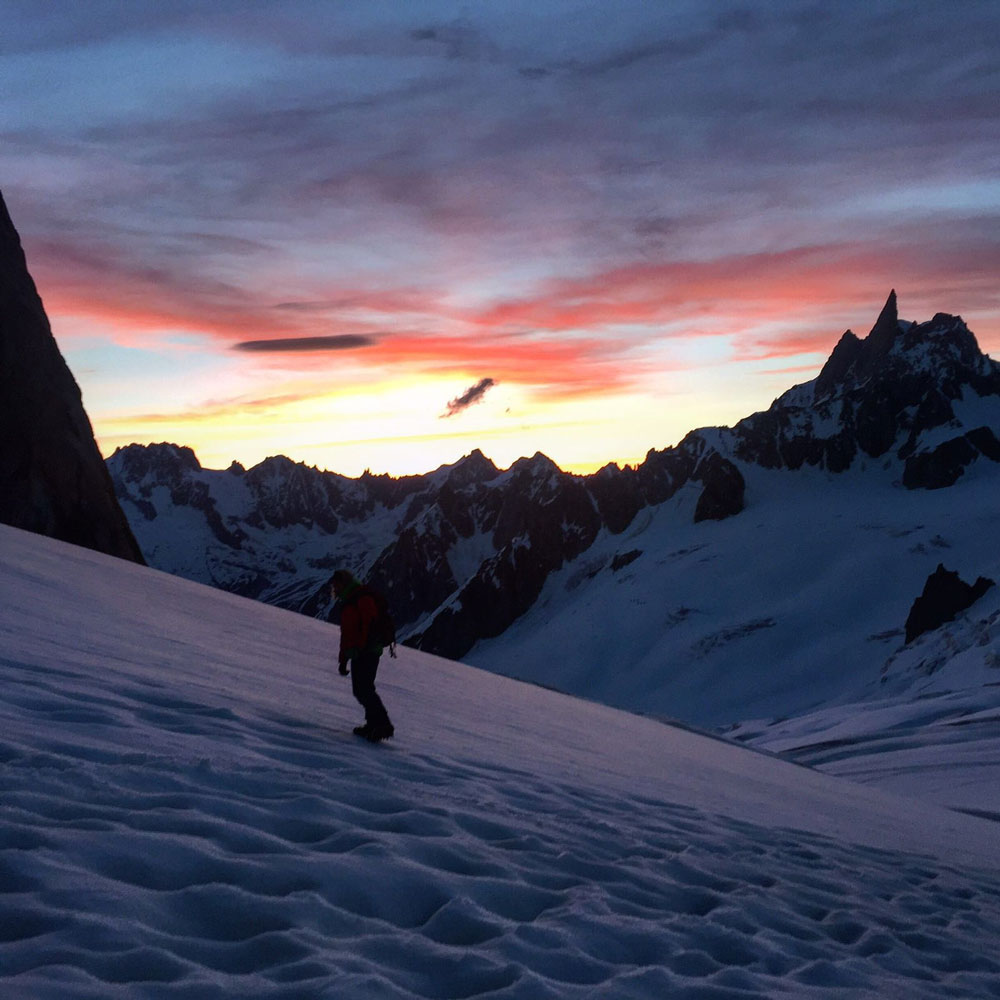 “I climbed the whole last pitch in the dark with no headlamp,” Kemeter says. “It was a grateful finish
to follow my intuition towards the summit.”

“I don’t know why it doesn’t have more ascents, because it’s an amazing route,” Kemeter says. “It’s one of the most incredible multipitch climbs I’ve ever
done.”