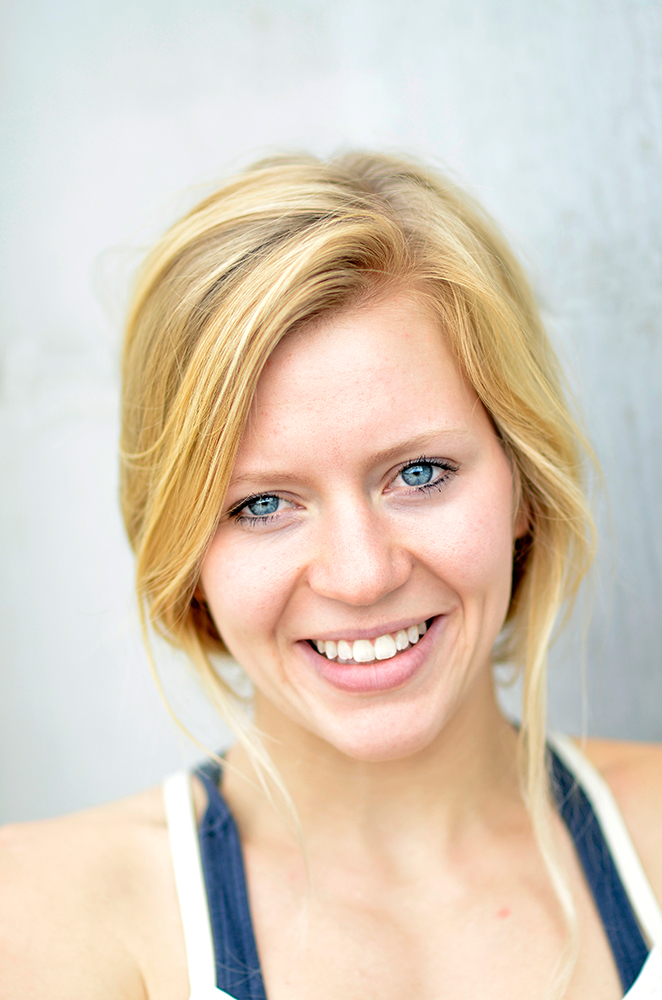 Mina Leslie-Wujastyk, 28, of Sheffield, England, has been climbing since she was eight years old. From the Peak District of the U.K. to Rocklands, South Africa, from Fontainbleau, France to Hueco Tanks, Texas, she has bouldered, sport climbed and led traditional routes all over the world.

A long-time member of the Great Britain Bouldering Team, Mina stepped away from the World Cup circuit last year—with no regrets—to focus on climbing outdoors.

In her 20 years of climbing, she has amassed an impressive tick list of boulder problems and in October of 2014, she sent Mecca Extension (8c/5.14b) at Raven Tor in the Peak District, becoming the first British woman to climb the grade on U.K. soil.

Rock and Ice caught up with Mina to hear what she has to say on what it means to be a female climber:

RI: Who inspires you?

MLW: Lots of people! In particular, when I was younger, I was hugely inspired by Catherine Miquel. At the age of thirteen I went on my first trip to Fontainebleau, [France] and after two days in the forest I broke my ankle. I was so devastated but also so excited to have discovered this beautiful climbing area. When I got home, I watched the “Bleau” film over and over. Catherine Miquel features in it, working and climbing Salle Gosse, a 7C (V9) boulder in the forest.

I guess for a young girl it is much easier to identify with, and therefore be inspired by, a woman.

RI: For you, what does it mean to be a female climber?

MLW: To be completely honest, I identify mainly with being a climber rather than specifically a female climber. Having said that, I do also feel that one’s experience is affected by gender and I am extremely glad to be a woman. Even though there is still a performance gap between the genders in rock climbing and we may not be as prolific (in general) as men, there is still something truly awe-inspiring about the sight of a woman climbing hard and, personally, I love how it feels to fully experience my physicality on a rock face.

I think being a female climber means a few things: It means being underestimated sometimes, it can also be intimidating finding yourself the only woman at a crag, but it is also so empowering and fulfilling to be out there doing what you love, in an activity that historically has been a man’s territory. 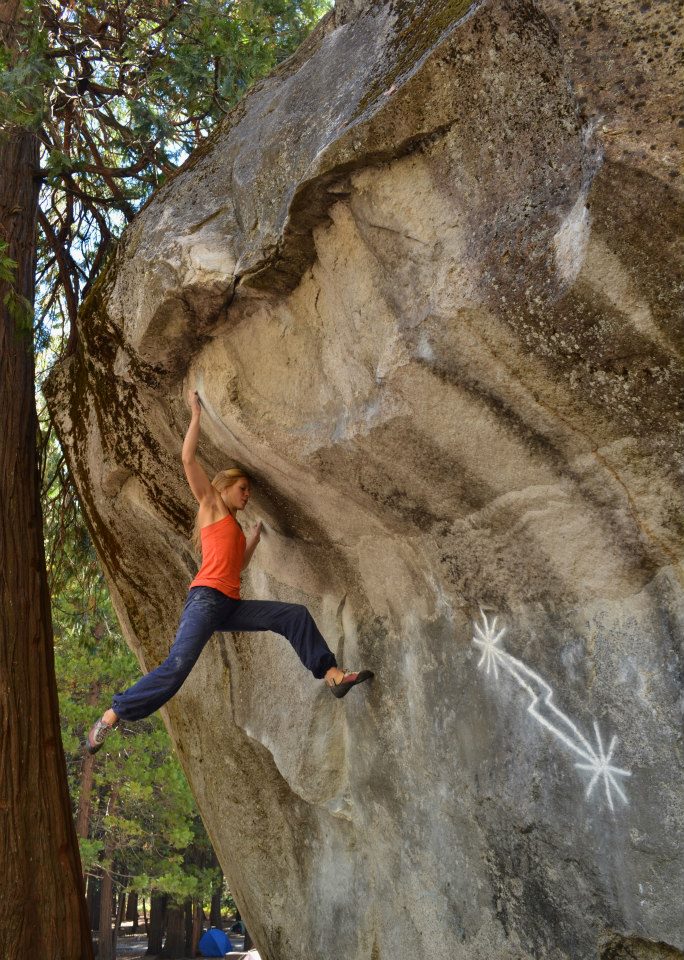 MLW: This is a very interesting question. I think some of the challenges are more obvious than others. For example, like I said earlier, it can be intimidating being in a very male dominated environment and often people can make assumptions about ability based on gender. On a more subtle level, sometimes old habits of language and behavior pop up in climbing situations that, although based on good intentions, can be pretty offensive and/or demeaning. That sounds pretty hard, but in general, I think climbing is a very inclusive sport and is rapidly moving more and more in a positive direction in terms of gender equality issues such as access and development.

RI: What’s your opinion on the performance gap between men and women in terms of climbing difficulty? Do think it will ever disappear? Is it more a matter of when than if?

MLW: I think that as women are still a minority in climbing, it is natural that men are climbing harder grades—there are simply more of them! Of course, genetics play a part and men build muscle more easily, etc., but I think to assume that the climbing ability gap will stay would be naive. There’s so much more to climbing than pure strength and I think women are naturally very good in a lot of other ways. You just have to look at what Josune Bereziartu did in 2002 (!) and what women such as Ashima Shiraishi, Alex Puccio and Angela Eiter are doing now to see the direction things are going in.

The more women we get into climbing at grass roots level now the better and I think we will have quite a different picture in 30 years time. How exciting! 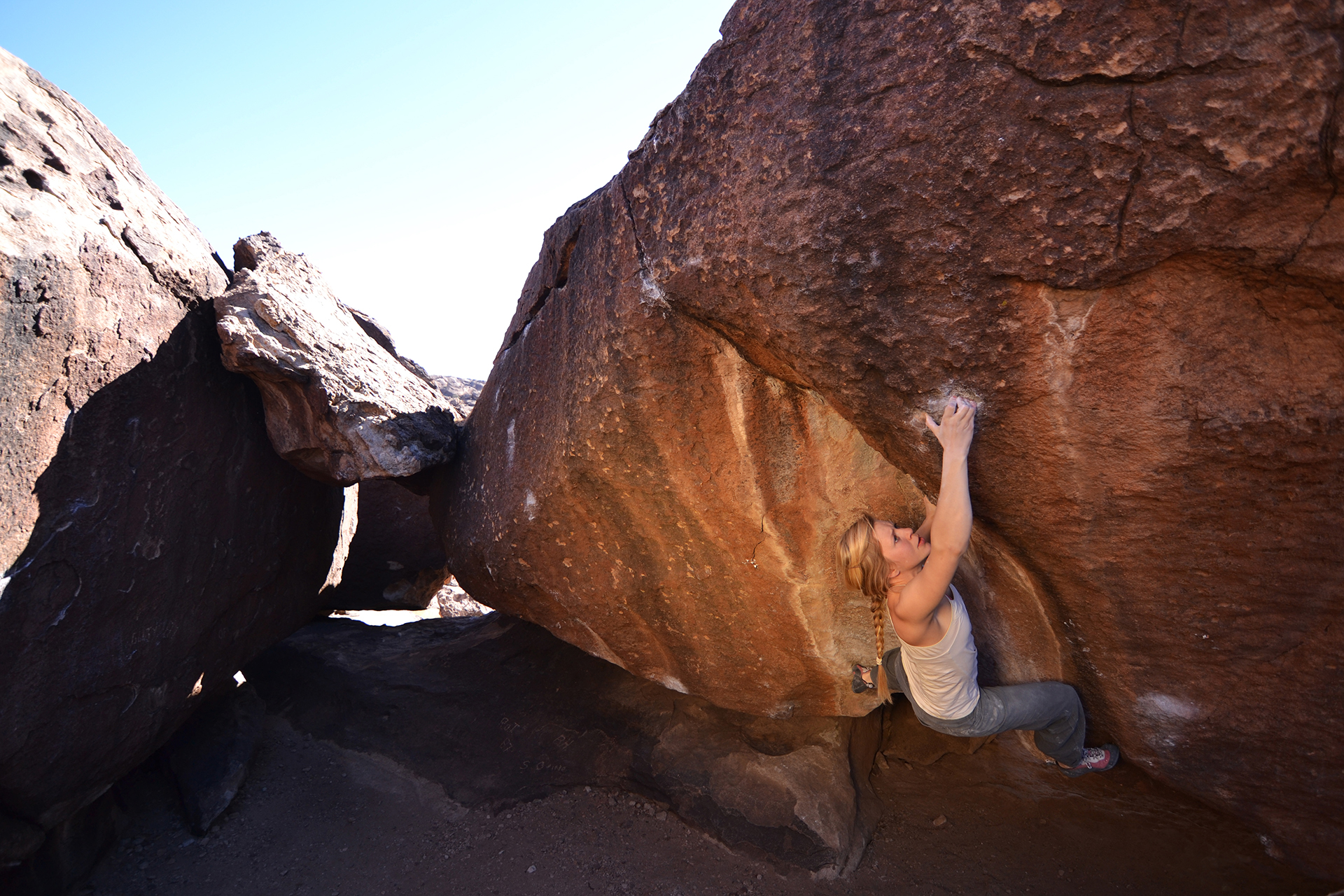 RI: Do you regret your decision to stop competing or was it the right choice for you?

MLW: No regrets at all. I think the decision was a long time coming and was 100-percent the right thing for me. The World Cup season is starting soon and I am happy to be climbing outside.

RI: What are some of your favorite places to climb?

MLW: Bouldering-wise my favorite places have to be Fontainbleau, [France], Rocklands, [South Africa] and probably Hueco Tanks, [Texas]. I have recently been much more into sport climbing and have been thoroughly enjoying the crags that the UK has to offer like Malham and Kilnsey. I still hope to travel more for sport climbing and add to my list of favorites in that discipline.

RI: Most important piece of advice for a woman, or any person, who is just starting to climb.

MLW: Just enjoy yourself—it sounds simple but it is. As Alex Lowe said, “The best climber is the one having the most fun.”

Nominate a woman in your life who inspires you in the outdoors and defines “feminine” with everything she does, in the Arc’teryc Define Feminine contest.

The Art of Losing (by Mina Leslie-Wujastyk)