“[Sabotage] requires a bit of everything. It’s a big pitch so you need to be able to recover on the rests and also have strength for the crux bulge as
well as power-endurance for top and the hard sections of Predator,” Gresham told ukclimbing.com. “I’ve never put as much effort and care into preparing for a project.” 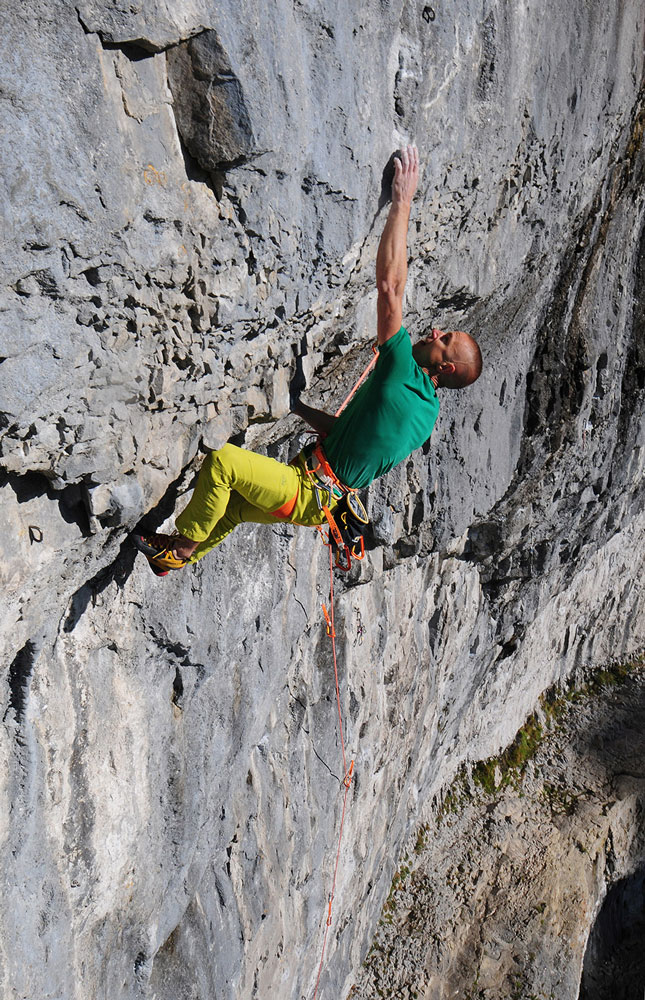 ukclimbing.com.
“It just so happened that John Dunne was there, attempting the first ascent of Predator and I was blown away to see one of my all time heroes
in action.”

Steve McClure later bolted the extension to the climb, but lost interest. When Gresham first scouted the extension in October 2015, he was hooked, although
he couldn’t complete one of the crux moves. He dedicated his winter to training, and even climbed Predator with a 4kg (8.8 pounds) weight
belt.

Gresham put in 30 session throughout 2016 and by the time he redpointed Sabotage on October 13, he had climbed Predator 48 times without
falling.

“It was great fun to return to this route [a] quarter of a century later, in the body of a 45 year old!” Gresham told ukclimbing.com. “It was a welcome confidence boost to find it much easier and a nice reminder that age doesn’t seem to be a limiting
factor in climbing.”

Neil Gresham is the author of Rock and Ice’s training column. To read his training tips, visit rockandice.com/climbing-training-advice.