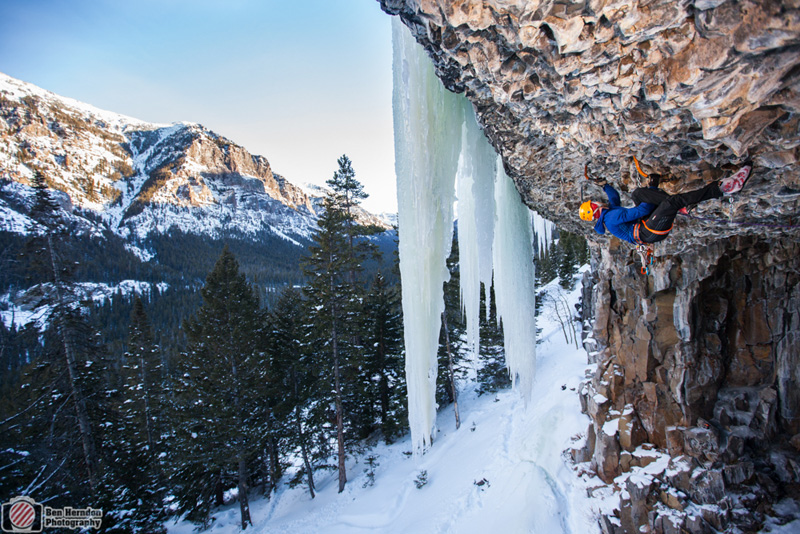 Ben Herndon.” />Kyle Vassilopoulos has established House of Flying Daggers, a new M12/13 mixed climb in Montana’s Hyalite Canyon. The new addition to Hyalite Canyon could be a contender for one of the country’s hardest mixed climbs.

Vassilopoulos, a prolific Montana rock climber based in Bozeman, is currently enjoying his second season as an ice and mixed climber. Last year, he got off to a quick start by repeating another Hyalite Canyon testpiece—Inglorious Basterds (M12). Now Vassilopoulos has upped the ante with House of Flying Daggers, which he says is harder than Inglorious Basterds.

“The climbing style of this route is much different than Inglorious Basterds,” says Vassilopoulos. “It is much more bouldery, dynamic, and powerful. If my memory serves me right, it is harder than Inglorious by a healthy amount.” 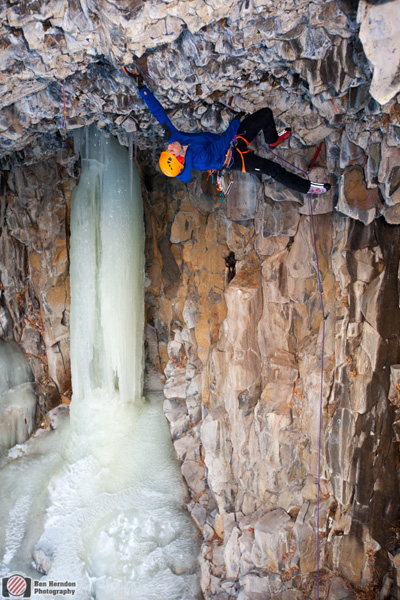 House of Flying Daggers is located in Hyalite’s Bingo Cave, and the bolt line was started by Conrad Anker and then finished by Vassilopoulos. The route begins with 30 feet of vertical rock and then kicks back with a 35-foot horizontal roof that leads to a hanging ice dagger.

“The moves include full extension body lever reaches in a horizontal roof, one arm lock off swings and cuts, and dynamic deadpoints from figure four positions,” says Vassilopoulos. But House of Flying Daggers is not over once you reach the ice, according to Vassilopoulos. “The transition to the ice was very hard as the ice dagger is hanging 6 feet away from the lip of the cave instead of hanging right off the lip,” he says. “Also the first 30 feet of ice climbing once on the dagger was very overhanging, difficult, technical, scary, and hard.” 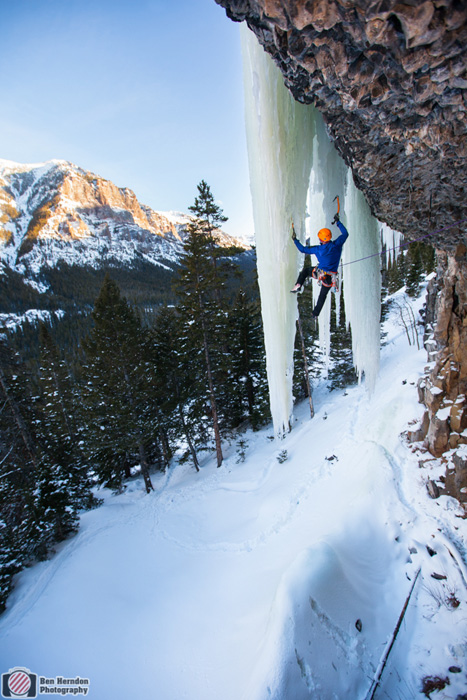