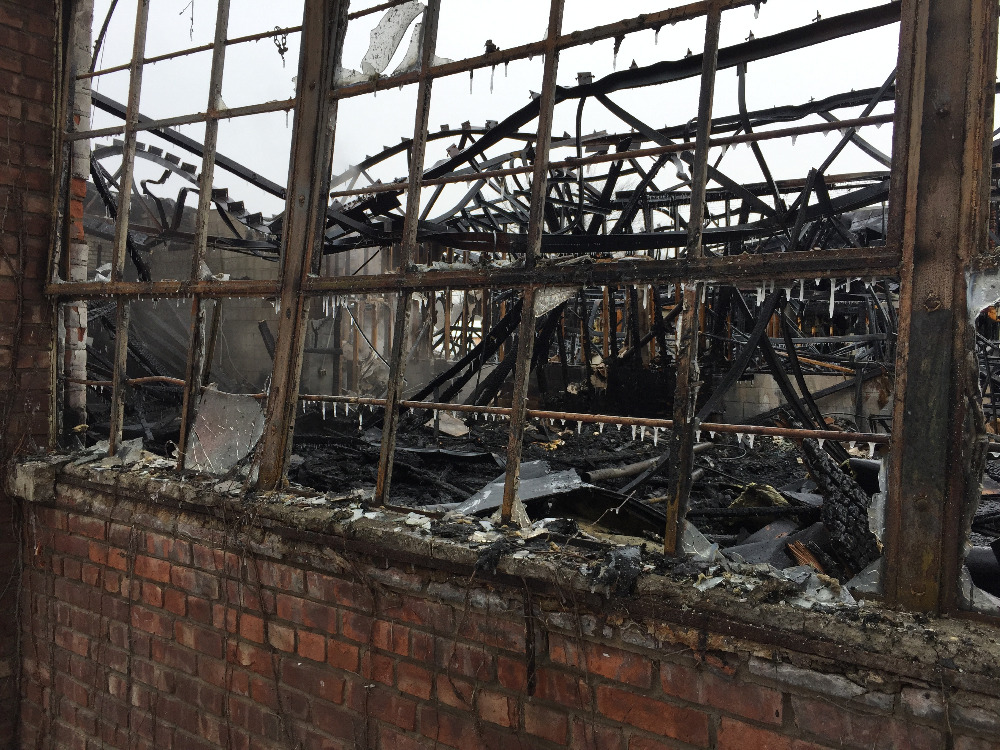 On Saturday, February 7th, around 3 a.m., a fire tore through the New Paltz Climbing Cooperative (NPCC) in New York, burning it to the ground. The fire department believes the cause to be from a mechanical failure in the heating system located at a neighboring tire business within the same building.

“Everything was lost,” says Steven Scribani, a member of the NPCC. “Luckily, no one was hurt.”

The NPCC is a non-profit, community based gym with over 100 members. Built by the members themselves, the facility was pieced together from ripped-down home climbing-walls and donations for materials. Over the years, it grew into a valuable training facility, with the goals of sustainability and autonomy, harboring a strong sense of community.

Membership, on an annual or four-month basis, entails 24-hour access to the climbing facility and the ability to bring guests and set routes. The all-hours access allows many to climb and train around a tight work schedule.

“No commercial space can offer that,” said Chad Foti, when Rock and Ice had a chance to catch up with him.

Foti does not like to call himself the “owner” of the NPCC, but considers himself a “principle member, working on keeping it going.” He has been involved with the NPCC since its conception and opening in 2011.

“[A friend and I] thought ‘wouldn’t it be great to have a community climbing space where everyone is welcome,’” Foti said. “We didn’t know how it would progress in the beginning, but it took off—it became a community space. People spent hours there just talking.”

To those who frequented the Co-Op, it was much more than a climbing gym, it was a second home that brought them together.

“I tell every new member to treat the place as their own,” Foti says, “which is why the loss of the NPCC has been so hard on the community.”

When the fire department arrived on scene, the building was ablaze and it took over two hours to extinguish the fire. Only brick, metal framing and ash were left.

“The last week has been trying, but the support and outreach from around the country has been staggering to say the least,” says Foti. “The fire let people know just how important space for community is.” 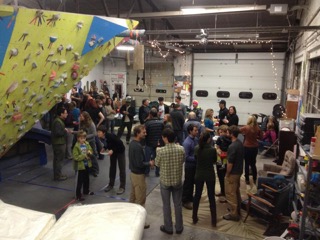 The NPCC does not have insurance coverage for fire damage and has started a crowd sourcing campaign to raise money for the re-build. So far, they have raised over $7,000 towards their $110k goal. The biggest challenge will be finding a new location.

“New Paltz doesn’t have many industrial buildings,” Foti says. “There is no space here that meets our needs. We did the best with what we had before. Now we’ll have to create it from scratch.”

In addition to the monetary donations, Kilter, UP, Kingdom, Menagerie, Enix, Planetary Climbing, and Rock Candy have also reached out, offering “phenomenal hold pricing to support our rebuilding efforts,” according to Foti. RockWerx, a climbing wall construction company, has offered a deal as well.

Are they optimistic about reaching their goal?

“Absolutely,” says Foti. “We’ve already had a tremendous turnout for various fundraisers. The buzz is just amazing. Everyone’s playing a role. If people come together and get behind this, we can do something that we can be really proud of.”

This wasn’t the first time a fire has struck the climbing community in New Paltz. In 1990, the original Main Street location of climbing store Rock and Snow burnt down, also from a neighboring fire.