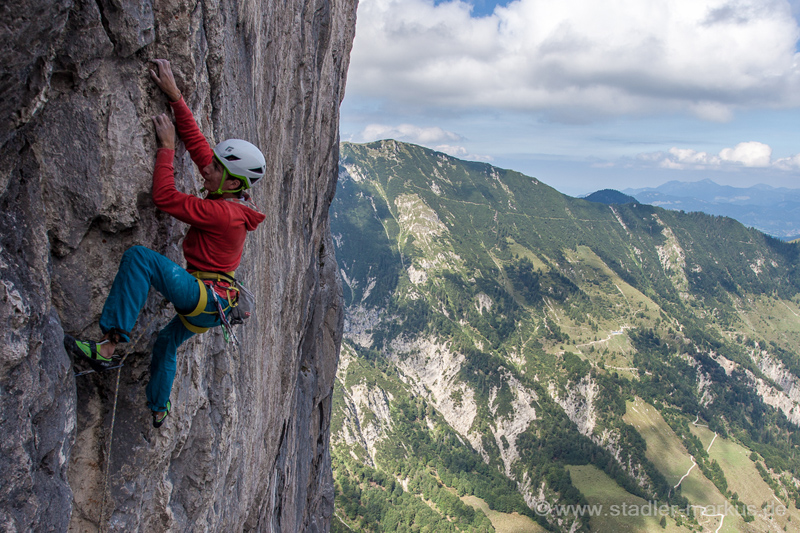 German climber Roland Hemetzberger has freed an old aid route on the Fleischbank sector of Wilder Kaiser in Austria’s Northern Limestone Alps. The result is a 5.13d testpiece for both the body and mind, as Hemetzberger decided to climb the route in it’s original “adventurous” state.

“I decided to use the original 1960’s gear as much as possible and back this up with trad gear,” wrote Hemetzberger. “A mere 3 new pegs were added to the belays.”

The Scheffler-Siegert route was first climbed in 1960 by visiting Germans Peter Siegert and Wulf Scheffler. The 1,148-foot climb boasted difficulties up to A3 in it’s original state, however, Hemetzberger believed there was a chance to free climb the entire route.

“The first time I laid hands on the route was this summer and immediately realized that the aid sections, despite being difficult, might go free nevertheless,” Hemetzberger wrote. 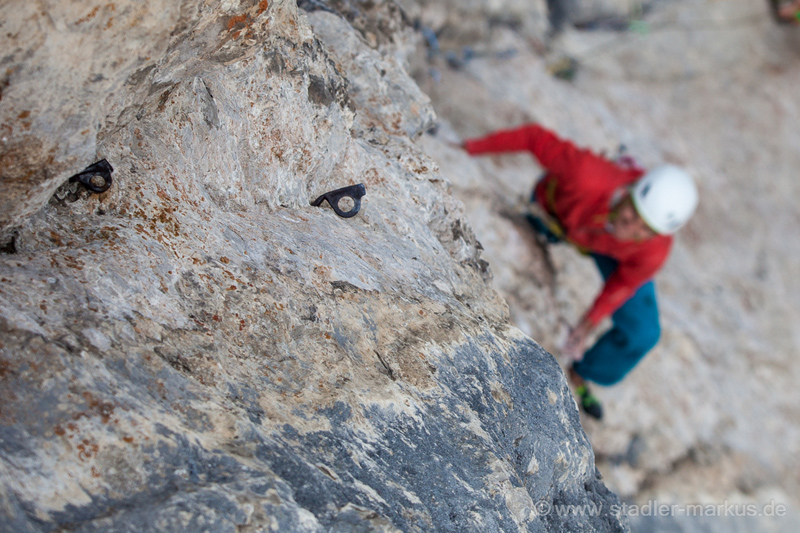 Hemetzberger describes the climbing as following a direct line up a thin crack protected with pegs. “While some are great, others are terrible, and some are wooden–a testament to what was being used back in that era,” he wrote. “We left it all as we found it and used nuts and friends to back up this in- situ pro.”

The crux of the free Scheffler-Siegert comes right at the second 130-foot pitch, and is described by Hemetzberger as a “stamina” crux with difficulties up to 5.13d. However, the entire first 350 feet of the climb involves steep “exciting” climbing according to Hemetzberger.

“The first 100 meters [328 feet] are very steep and offer fairly exciting climbing with relatively poor gear and some pretty wild belays,” he wrote. “You certainly shouldn’t fall onto the belay, but this is pretty unlikely as the hard moves are always pretty far up the pitches.” 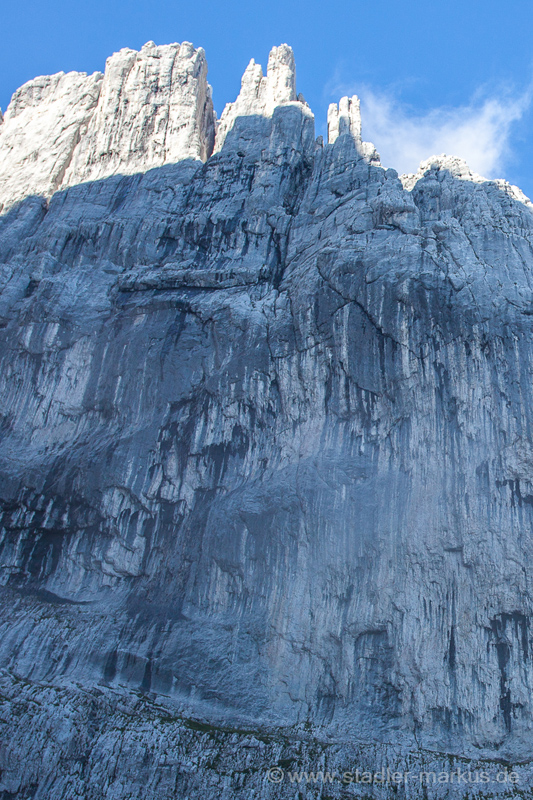 Hemetzberger teamed up with Fabian Hagenauer and sent all the lower pitches first try during his redpoint attempt. Then the pair swung leads for the remaining “alpine terrain” that involved “corners and chimneys, sometimes wet and with difficulties up to 5.10d” wrote Hemetzberger.

Hemetzberger further explained that the committing style of his free route allowed for a memorable experience that would not have existed with bolts.

“I’d be really grateful if no bolts were added to this route,” he wrote. “We experienced a real adventure and it would be nice if others do, too!” 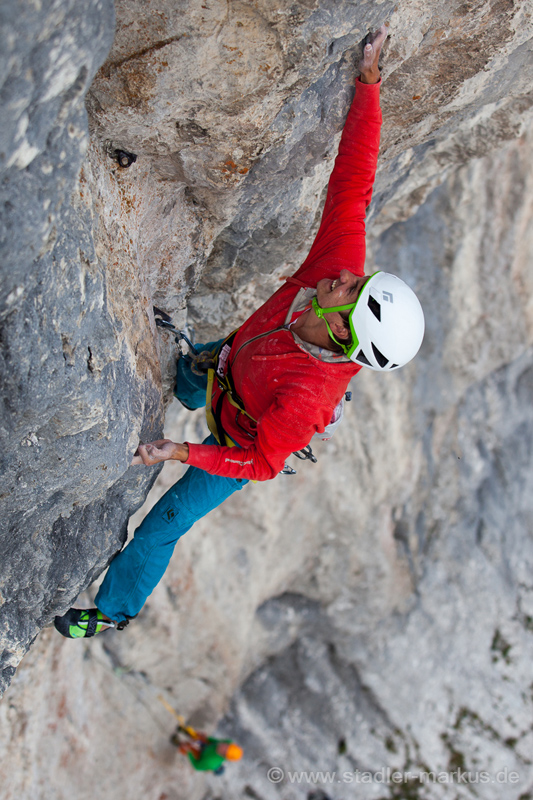