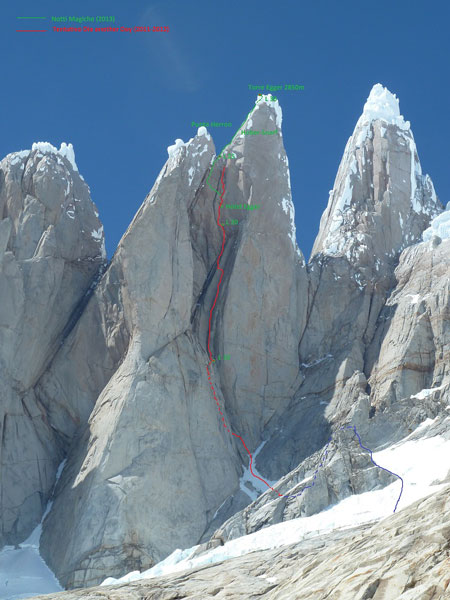 Matteo Della Bordella and Luca Schiera successfully put up a new route on the West Face of Torre Egger on March 2, 2013. They have named the route Magic Night in honor of the nights they spent sleeping in hanging belays.

“Four extremely tough days but we made it!” says Della Bordella in a statement. “It took 3 years and 150 days’ stay in Patagonia to complete this route, but I’m happy I believed in it.”

Della Bordella first became interested in the route during a conversation with Matteo Bernasconi, his climbing partner, and Mario Conti, one of the first ascentionists of the West Face of Cerro Torre. Conti presented the route as one of the last great unclimbed big walls in Patagonia.

Della Bordella and Bernasconi then spent the winters of 2010-2011 and 2011-2012 trying to send the route. “We had to face situations which were for us somehow extreme, such as my fall on a belay which left both of us hanging on a single cam or the huge fall of ice and debris from the summit mushrooms that forced us to take some objective risks,” says Della Bordella. They made it to just 30 meters below the col that leads to the summit before they ultimately had to turn back.

Della Bordello then set out with his new partner, Luca Schiera, to send the route at the end of February. They climbed and jugged up to the former high point using the fixed lines from the previous year. From the highpoint, they attempted a new variation and were able to reach the col and summit.

“My only regret is having reached the summit without Matteo Bernasconi,” says Della Bordella. “Surely he deserves a significant part of the merit for this ascent; and after all what we lived on this wall, both me and him would have dreamt of sharing the final success together.”

All photos courtesy of Adidas. 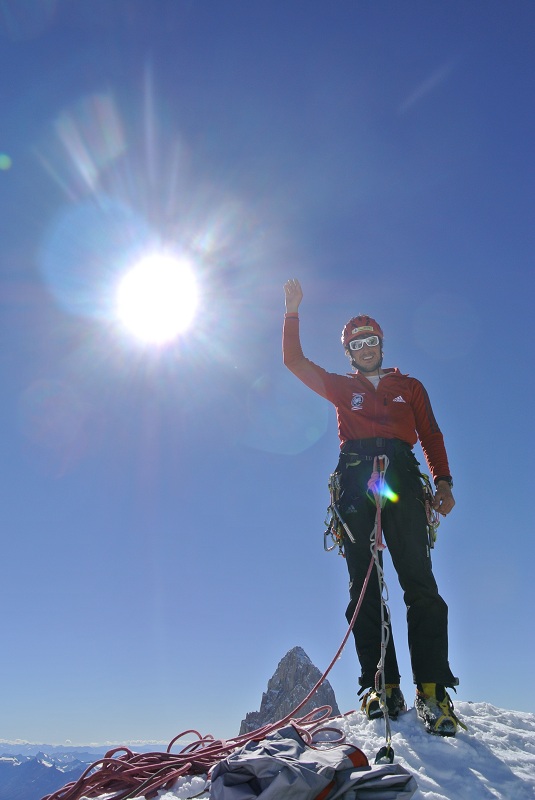 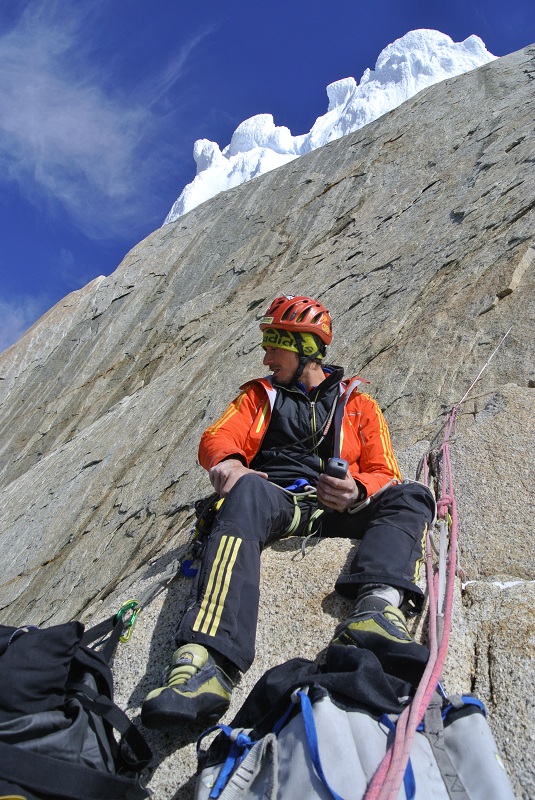 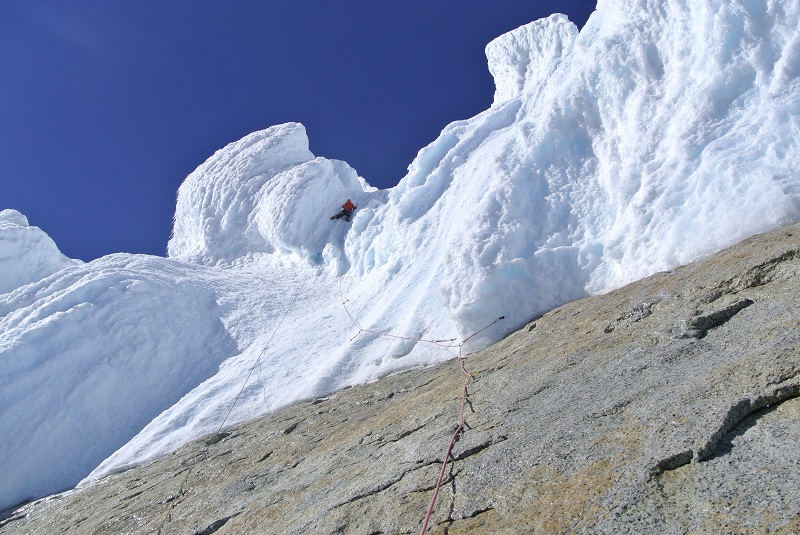 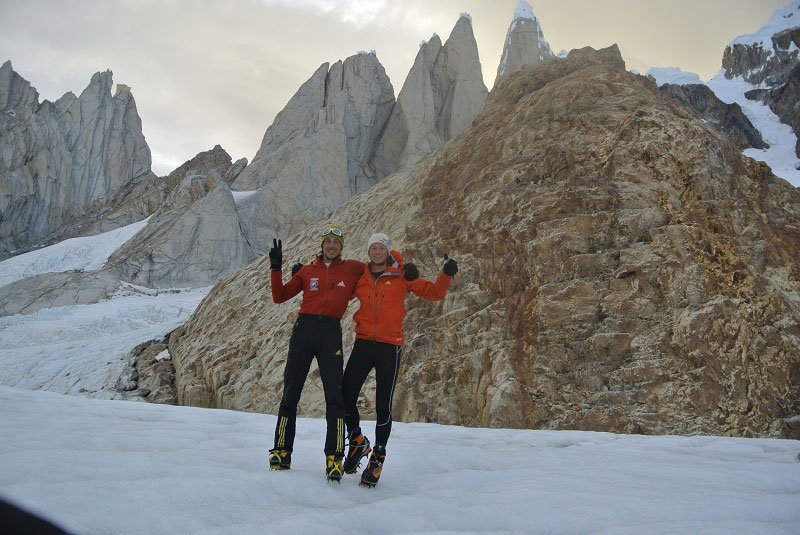