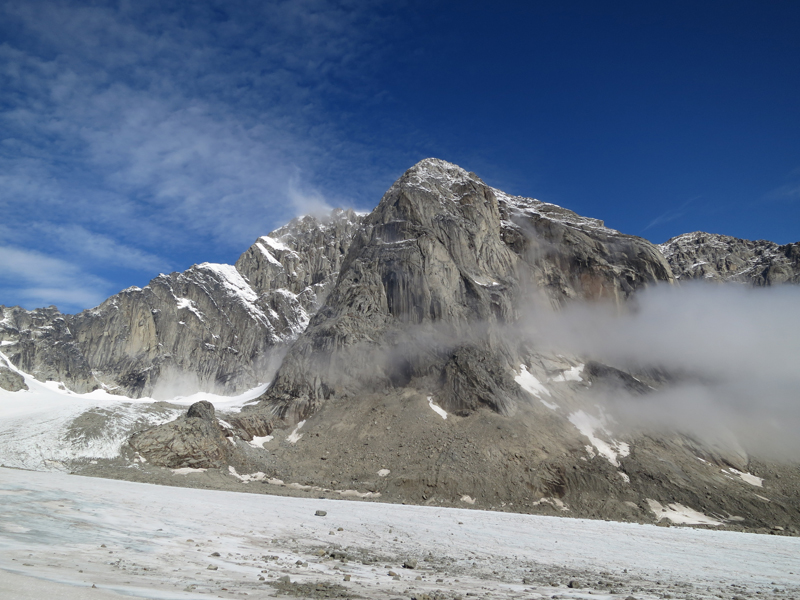 Scott Bennett and Graham Zimmerman have established a new route on The Angel (9,265 feet) in Alaska’s remote Revelation Mountains. On July 13 and 14th, the duo successfully completed the first ascent of the East Buttress on the rugged, granite monolith, becoming only the third party to reach the peak’s summit.

According a press release by Bennett, the pair spent 10 days in the Revelation Mountains, which are located on the southwest end of the Alaska Range. After being dropped by a helicopter onto a glacier, the two were left alone. Bennett described feeling as if “we’d entered our own little mountain kingdom, sole rulers and inhabitants.” Though they had planned the trip as a reconnaissance mission, the two quickly decided that the East Buttress of Angel, directly above their camp, had the most potential for a new route. They started climbing on July 13th.

The first day, according to the report, involved 2,000 feet of “up to 5.10” climbing on well-featured granite to a “perfect bivy spot on the ridge” where they waited out a storm. Bennett explained: “After a few hours of rest during the midnight sun we began climbing again surrounded by blue skies! A low cloud layer below us brought the surrounding peaks, jutting through, into beautiful relief.” On the second day, Bennett and Zimmerman climbed another 1,600 feet along the ridge, occasionally using crampons for icy or snowbound sections, joining the Southeast Buttress route (Greg Collins & Tom Walter, 1985) before making the summit. 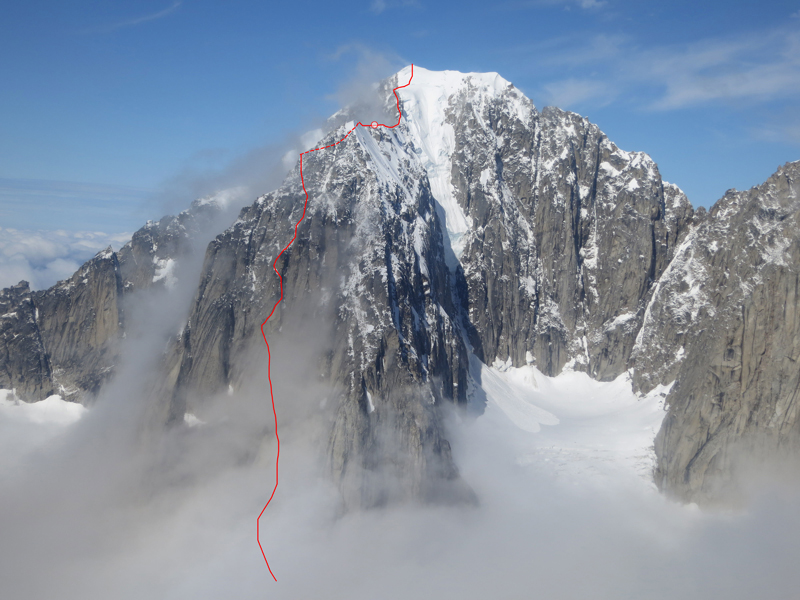