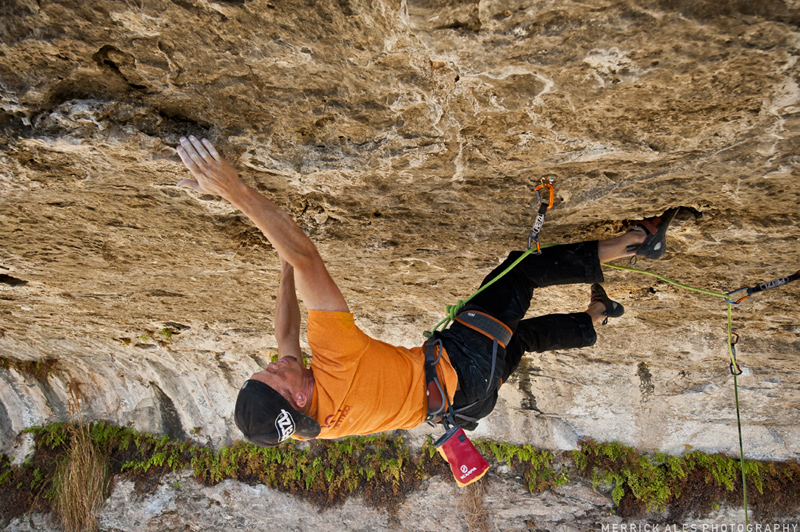 Nick Duttle has established what could be the country’s first 5.13 at 14,000 feet. The route, which he named Stills of the Infinite, sits on top of Longs Peak in Colorado’s Rocky Mountain National Park (RMNP) and is described by Duttle as a “beautiful, high alpine granite face with bright green lichen that seems to glow in the evening light.”

Duttle discovered the cliff that yielded Stills of the Infinite two years ago, but quickly noticed the difficulty of climbing hard at altitude.

“Gasping for air on that hike, I realized the high country was no joke,” wrote Duttle in an e-mail to Rock and Ice. “I thought to myself, ‘I should probably climb Sarchasm first.’”

Sarchasm (5.14b) lies just below Longs Peak at an altitude of 12,000+ feet and was established by Tommy Caldwell in 1999. Duttle made the fourth ascent of the testpiece in 2011 after a summer long fight with the route’s alpine conditions and the overall fitness required to climb 5.14 after enduring a four mile hike with 3,000 feet of vertical gain. But after the send, Duttle decided to hike two miles further, tack on another 2,000 feet of vertical gain and find more projects. 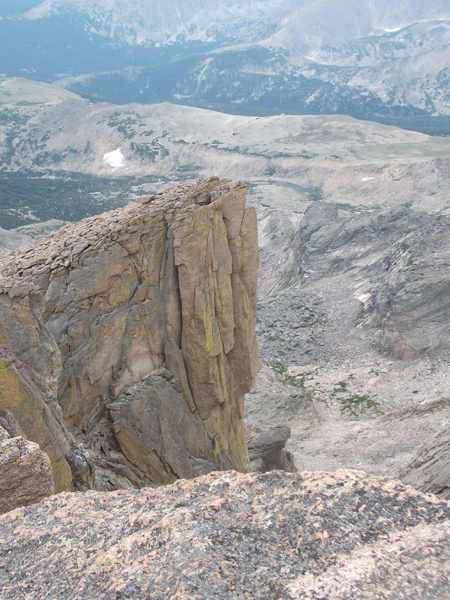 “The following summer in 2012, I went up for a scouting mission and found tons of amazing potential,” Duttle wrote.

However, the hardships of establishing routes on the alpine granite of RMNP don’t end with just the physicality of the hiking and climbing. Duttle learned that drilling the routes by hand (required in National Parks) on the compact granite of RMNP was exhausting.

“I don’t think I’ve ever been that wrecked!” wrote Duttle. “A single bolt, if you are lucky, can be placed in 40 minutes. The process is tedious and many times I hit my hand with the hammer. I learned to stay focused and precise while ignoring the fact that my legs were totally numb.”

Stills of the Infinite, however, was not Duttle’s primary goal on the high-altitude cliff band. In fact, his first chosen line is what he has now dubbed the “Super Project.” But after a few missions to the top of Longs Peak to hand-bolt the route, Duttle says he was “way in over [his] head.”

“At that time I planned to redirect my energy into another line, which became Stills of the Infinite, to learn some skills from hand bolting and to familiarize myself with the rock as to not make a mess of the amazing super project,” Duttle explained. 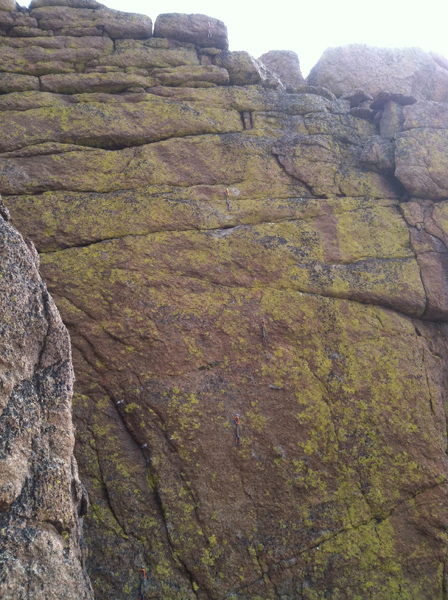 see this Rock and Ice article on Duttle’s recent 5.14d). That being said, this is a totally different animal and a brand-new type of experience for me as a climber.”

But the “super project” remains undone according to Duttle, which he says will be considerably more difficult. “I’ve looked down it from the top and realized that it goes,” he wrote, “but know full well that it is a beast!” Now with the alpine season ending for RMNP, Duttle says he will be back next year to try the route. “I’m totally in love with the line and will have it on my mind the whole time I’m away.”