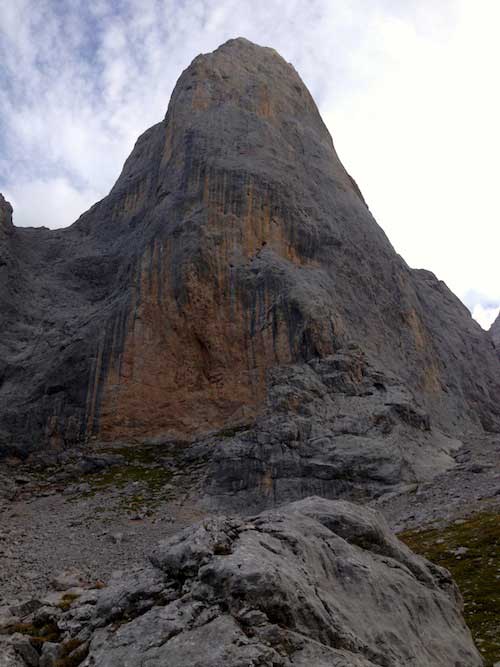 Nina Caprez has redpointed every pitch of the fierce Orbayu—a 1,640-foot 5.14b on the limestone formation known as Naranjo de Bulnes, located in the Picos de Europa mountains of Asturias, Spain.

The route was established in 2009 by Iker and Eneko Pou and tentatively graded 9a (5.14d), however, the grade has settled at 8c (5.14b) after subsequent repeats by Nico Favresse, Adam Pustelnik and Cédric Lachat.

Nina Caprez has been attempting to make the first female ascent of Orbayu since early July, climbing with her boyfriend Cedric Lachat. Lachat made the route’s third ascent on July 13 and Caprez followed every pitch free, except for the fifth (crux) pitch. Orbayu involves hard moves protected by both bolts and gear, and according to Lachat, serious trad climbing experience is necessary for the route.

“The base of the route is traditional climbing with a few bolts in the hard parts,” wrote Lachat on his blog. ” A bad fall on poorly placed gear can be dangerous and even deadly.”

According to UKClimbing.com, Caprez has redpointed each pitch of Orbayu individually, but is still attempting to free the entire route in one push. 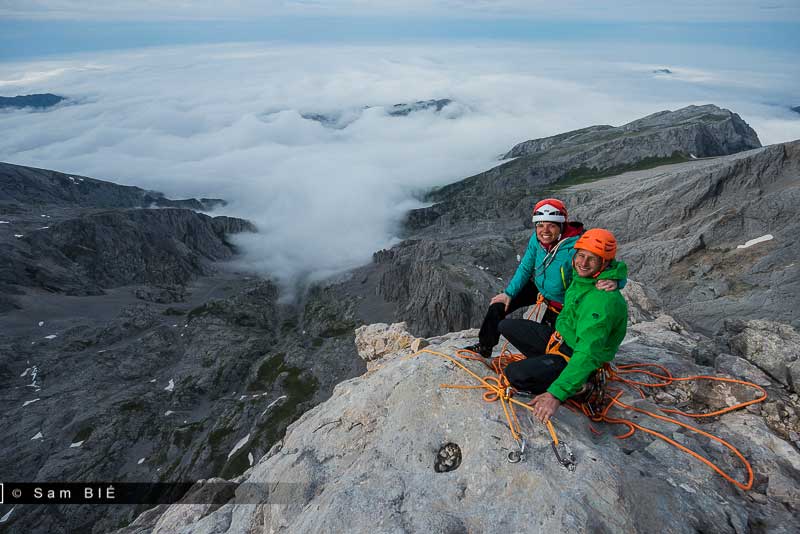