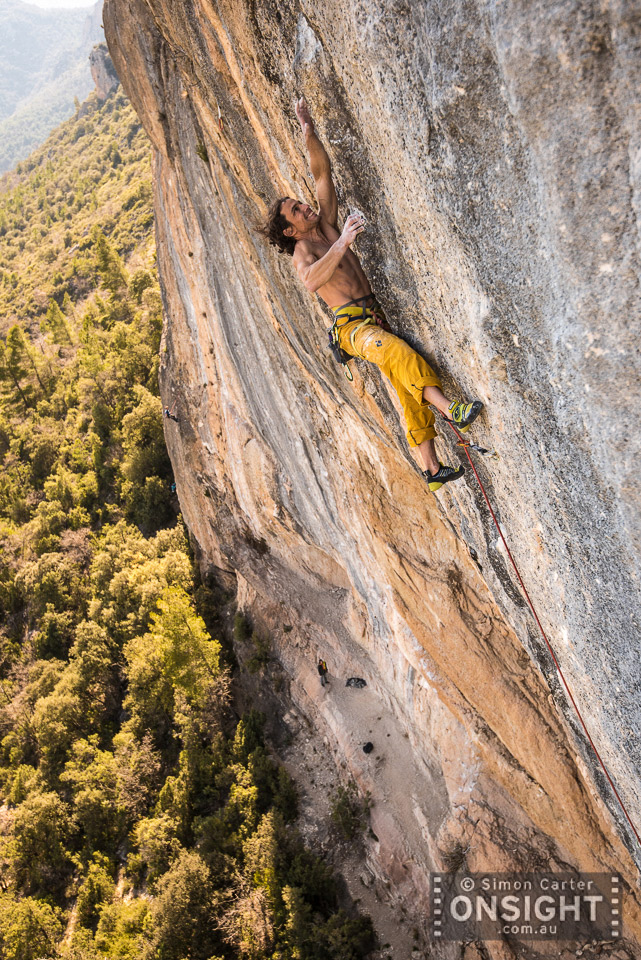 Photo: Simon Carter / Onsight PhotographyOfer Blutrich pulled on steep, pocketed limestone. He crossed right through gray and orange-streaked rock and into a system of tufas that are characteristic of Oliana, Spain. After a sequence of techy face moves, he reached a large hueco rest and regained just enough strength for the powerful moves that guarded the anchors.

When he clipped the chains of Chris Sharma’s Mind Control on April 9, he became the first Israeli climber to send 5.14c—a grade that
does not yet exist in his home country.

Despite the recent boom of climbing gyms in Israel, outdoor route development still lags behind the rest of the world, though, not for lack of rock quality
or motivation. One factor above all has hampered Israel’s climbing scene: climbing is, for the most part, illegal.

Blutrich found his way to the sport after he finished his four years of required military service. He was 23 and a friend of his from the army took him
tope-roping at an illegal crag. “I got hooked immediately,” he says, “and seven months after I went on a yearlong climbing trip to Australia, New Zealand,
Thailand, Nepal and France.”

He returned to Israel and realized how far behind their climbing was. Israel had little crag development, no guidebook and the hardest grade in the country
was only 5.13a. That was 2003. Blutrich began bolting—with questionable legality—and soon after Israel had its first 5.13b, 5.13c, 5.13d,
5.14a, and 5.14b.

“Climbing in Israel is illegal,” Blutrich explains. “Unlike the U.S, we don’t have crags on private or public lands. All the crags and rock are located
on Israeli state owned land.” The Israeli government empowers the Israel Nature and Parks Authority (INPA), similar to the United States’ National
Park Service, to manage and protect natural resources and heritage sites. Law prohibits rock climbing on all nature reserve land, which, unfortunately
for rock climbers, holds the vast majority of Israel’s crags and boulders.

There are, however, a few legal climbing areas overlooked by or outside the jurisdiction of the INPA.

“The crags we do have now are crags that somehow were bolted in the 90s or were not in the interest of the authorities at that time,” says Blutrich. “But
many places were closed down once the Nature Reserve found out about them.

“Right now there are two main crags: one in the North called Gita and one in the south called Ein prat, three hours apart. Unfortunately Gita is closed
at the moment and the authorities closed extensive areas in Ein prat.

“I found myself repeating the same routes outdoors over and over again, a thing that compromises my growth as a climber.”

Over the years, Blutrich traveled to Europe to “learn what’s possible and to bring new ideas to Israeli rock,” he says, since he had no references for
new grade levels in the country. He tried to open new climbing areas but the authorities always shut him down. 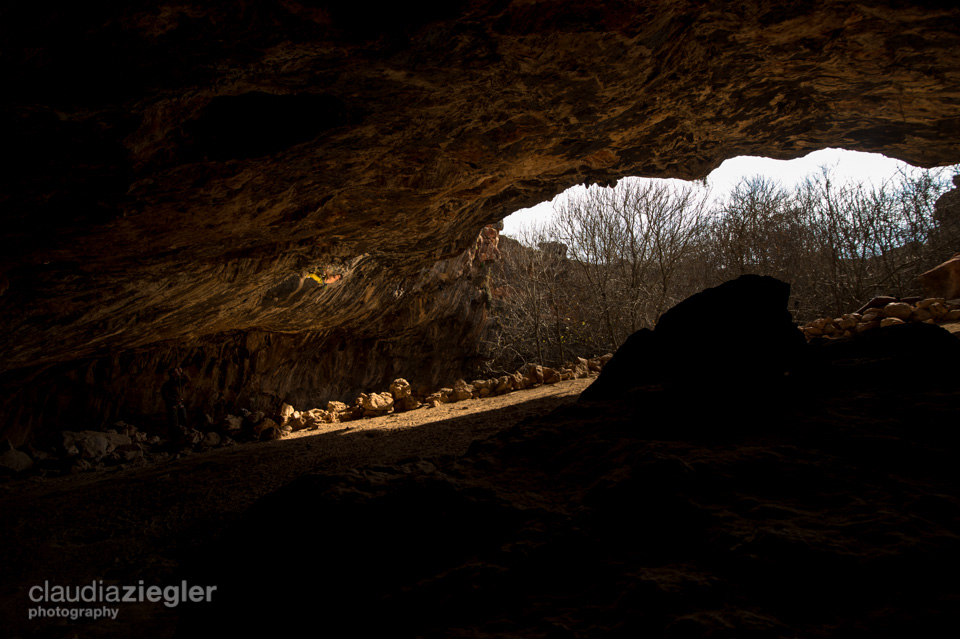 Claudia Ziegler Is there a punishment if you’re caught climbing illegally?

“Yeah sure,” Blutrich says. “There is a penalty, if you get caught. It can start with a large fine—$250 to $1000—having your gear confiscated,
and/or criminal offence charges.”

Yet, the gym-climbing scene is exploding in Israel. In 2005, there were two climbing gyms in the country. Now there are 18, one in every city, with more
gyms currently under construction.

Blutrich has tried to negotiate with the nature authorities but, “Over the past five years they were stiff in their position,” he says. “They just don’t
want to deal with us climbers. It’s easier for them to just say No and to not think of creative ways to let us climbers open new crags or
even develop more in existing ones.

“These days you hear more about our neighbor Lebanon, but we have the same rock quality. The rock is a very good limestone like in Spain or Kalymnos. It
tends to be overhanging with tufas, pockets and blocks.”

Winter boasts ideal climbing conditions—little rain and temps from 50 to 70 degrees Fahrenheit. And then there’s the Mediterranean and beaches not
far from the climbing, and cultural sites.

He and a climbing partner place hope in Israel’s minister of tourism. They’ve reached out in an attempt to prove that Israel has potential to be a world-class
climbing destination—and that climbing would bring in big tourist dollars.

“We’re still waiting for the minister to answer,” Blutrich says. “For me, it’s believing that change will come, and I will keep trying to do what I have
done so far—push against all odds!”